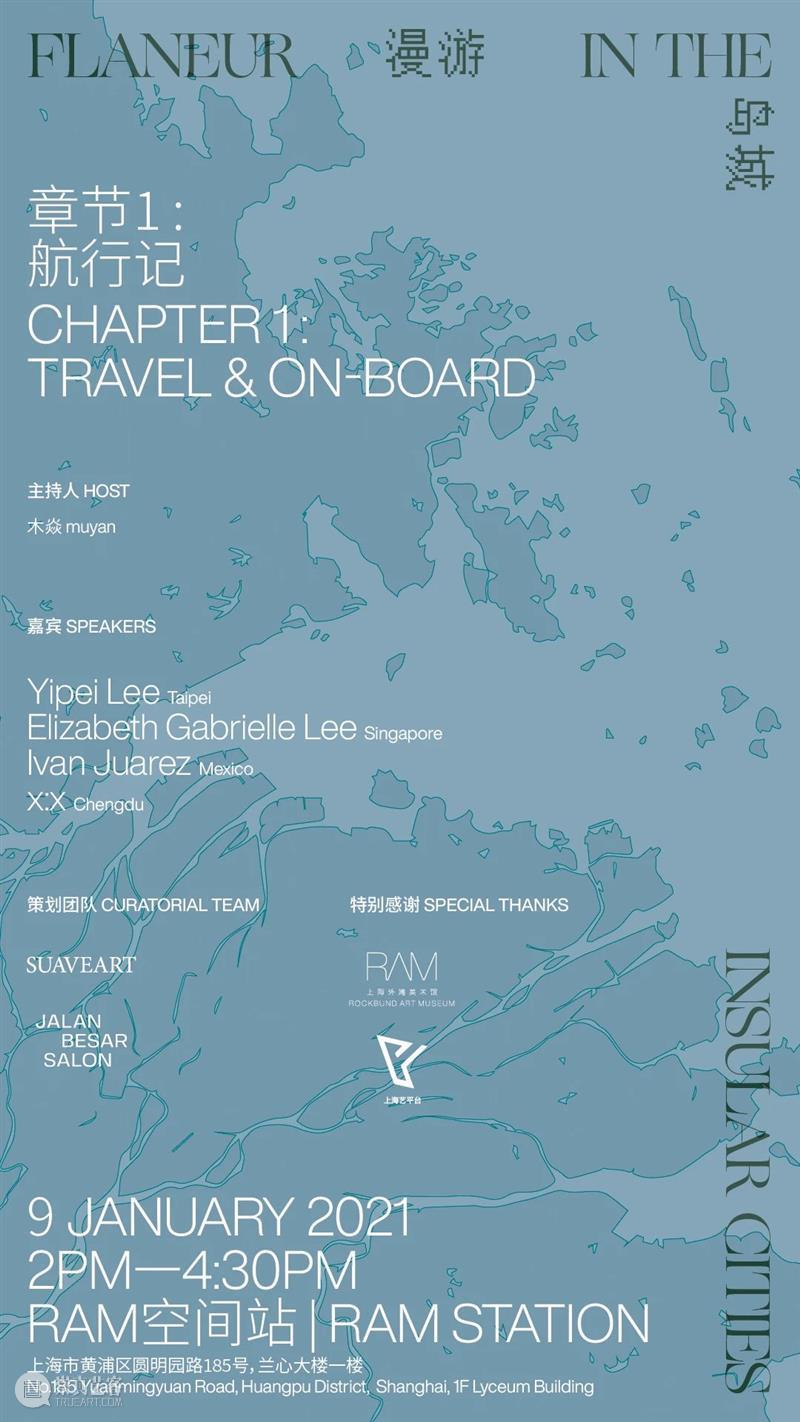 Taking off an airplane, we often look out of the window and see that the land area diminishes with the height. Our perception has been raised from a two-dimensional perspective to the perspective of God in just a few minutes. From urban plains to winding rivers, from hills and valleys to magnificent mountains, they gradually become towering islands in the vast ocean. It suddenly became clear that islands are miniature continents, and continents are very, very huge islands. It seems that the land and the sea are connected, but the world is both formed and unconnected. It is this beautiful emptiness that makes us want to explore. 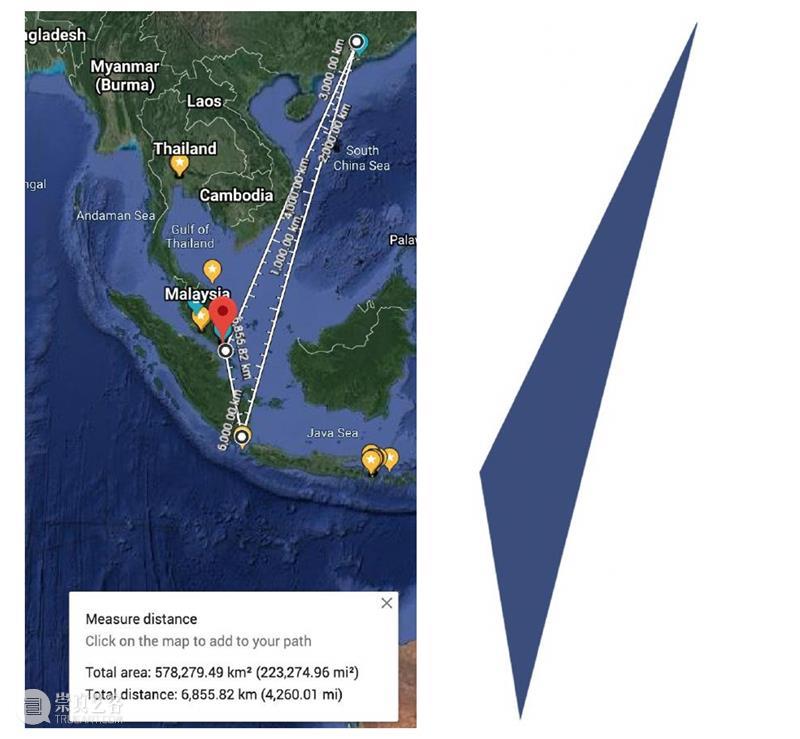 The geographical occupancy and wanderings of Lim Teck Lye, as mapped from Indonesia to Singapore to Hong Kong. A shapely imprint｜©Elizabeth Gabrielle Lee

Robert Louis Stevenson is best known as the author of the children’s classic Treasure Island. A map of an imaginary island gave Stevenson the idea for the story. When Stevenson recalled in his Essays in the Art of Writing that he would sometimes “On one of these occasions, I made the map of an island; it was elaborately and (I thought) beautifully colored; the shape of it took my fancy beyond expression; it contained harbors that pleased me like sonnets."

Flaneur in The Insular Cities: Island Ecology is an internet-based residency project. It explores the topic of islands collectivity as artistic experimentation with Island Ecologies as a point of departure.

Using the notion of the island as a foundation, from the ports to the islands, from land to the sea, in a dream state, these seemingly unrelated points break away from the continuity of time and space in this project. The project demystifies reality with the fictional; it explores the spooky state that connects and divides the binaries. It is a journey along the state lines, a journey without borders: surrounded by the ocean on every point on this land is a starting point, every mountain are points of opposition, and yet they connect each other to the borders.

People are breathing on the passage, while fate plays on the flute.

Randomly dispersed on-site on this earth, we explore the different worlds within. At the same time, we use different lenses to look at the converted myth and the people, the culture, the ecological system, as well as every other matter under the same sky, like inside of a peculiar prism. In this network, regardless of geographical and spiritual disintegration, the borders we are situated on are like the room of (non)existence, as we are pandering on our imagination of the island, with every thought in our mind throughout the journey: will the island be aligned with our vision when we actually arrive, how different will it be?

2020 is a unique year. We are deeply affected by the Covid-pandemic, cross-cultural exchange, and traveling might never return to the status before. With increasingly strict national boundaries and quarantine conditions imposed on a global scale, we want to explore the possibility of island network and topology, by extension its limitations, boundaries, modes of co-existence, and the zones between such demarcations, hybridization, and vibrations within its locale.

We hope that through this talk, we can create a new platform that makes these connections in contemporary art. We hope to share our experiences and learn from each other and extend the possibility of artistic development. The residency project starts from December 2020 to May 2021. If you are situated within the World Wide Web, feel free to join the discussions with us.

Graduated from BA (Hons) Creative Direction and MA photography at the University of the Arts London, Elizabeth Gabrielle Lee is based between Singapore and London. Her art practice is guided by the iterations of slow violence and the dynamic between the 'near' and 'elsewhere'.

In attempting to disarm instruments of knowledge production, her practice shies away from reduction and completion. Steering away from essentialism, she is interested in once-forgotten micro and muted narratives. By revisioning fractured traditions, she engages with visual and textual interventions to navigate the nuances of perception and retention.

As an extension to Elizabeth's practice, she runs XING, a research and curatorial platform centered on Southeast and East Asian art practices' poetics and politics. She has exhibited and participated widely, including V&A Museum (UK), DECK (SG), The Arts House (SG), GextoPhoto (ES), Unseen (NL), Photo London (UK) and Guest Projects (UK). She is an associate lecturer in the School of Fine Art & Photography, University for the Creative Arts in Rochester in the United Kingdom.' 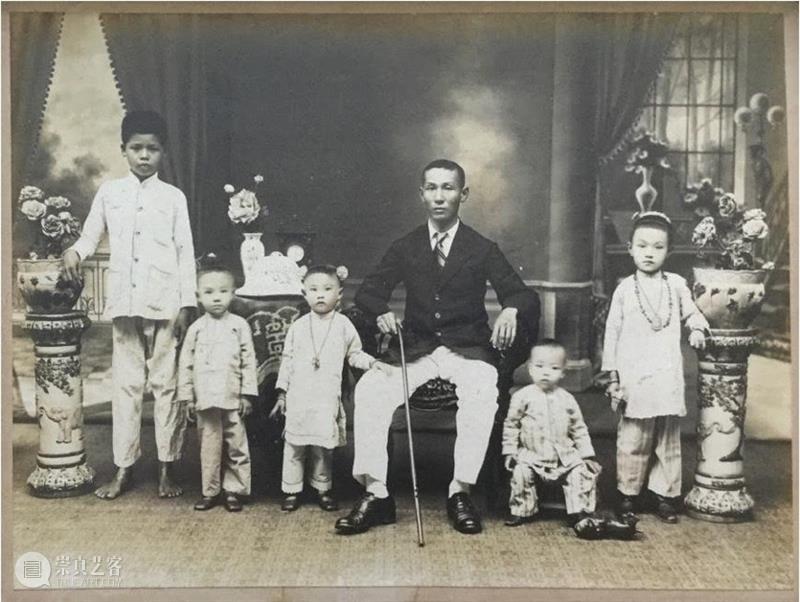 Ivan Juarez was born in Mexico. He is a practicing artist and landscape architect. Currently, he is a Ph.D. candidate in Artistic Research at the Doctoral School of the Academy of Art and Design in Wrocław, Poland. He has conceived a body of work in diverse landscapes and cartographies, from the tropical forest and marine ecosystem in Brazil to the Andean cultivate terraces in Peru. He traveled from the coastal coniferous forest in the Norwegian fjords, to the Arctic Archipelago of Svalbard. From the native eucalyptus bushlands in Australia to the forest ecosystems and agricultural rice fields in Japan.

Ivan is the founder of x-studio, a multidisciplinary research practice that focuses on exploring different disciplines through the dialogue between ecological, biological, and cultural systems. He is dedicated to sensing the landscape through the conceptualization and findings of innovative methodologies. The project "The Seed Cultures Archive" brings together projects from environmental artists who place seeds in their focus, honoring the fertile bonds between biological and cultural diversity in agri-food systems.

x:x is represented by Xiong Yu-Xiu and Xue Yu-Xuan as the Chinese collective. They studied at the University of Arts London. At the same time, Xue Yu-Xuan holds the photography profession, and Xiong Yu-Xiu focuses on cognitive and decision sciences.

Xue Yu-Xuan is good at image creation. She comes from Dongying, located in the Shandong Peninsula, facing the sea and connecting the inland. The famous Shengli Oilfield in the region is in an isolated, autonomous economic system. On the other hand, it is related to people from China. There are inseparable intersections. She has participated in exhibitions such as the Taipei International Photography Festival, London Academy of Art Photography Exhibition, Beijing Women's Film Festival, and received the London Photobox Nomination Award.

Before engaging in art, Xiong Yu-Xiu focuses on the study of free will from biology and cognitive science perspectives. The unknown field of small fluctuations between the peaks of human brain waves is considered by many to be the space where God exists. She understands it as an "interval of areas," which is an infinite concept beyond human thinking and can only be felt with the heart. They will unfold a series of fictitious narratives between imagination, time, and space to explore the mysteries. Analyze the ambiguous space of the opposite relationship, and respond to the endless land, body, and thought in which they are located. 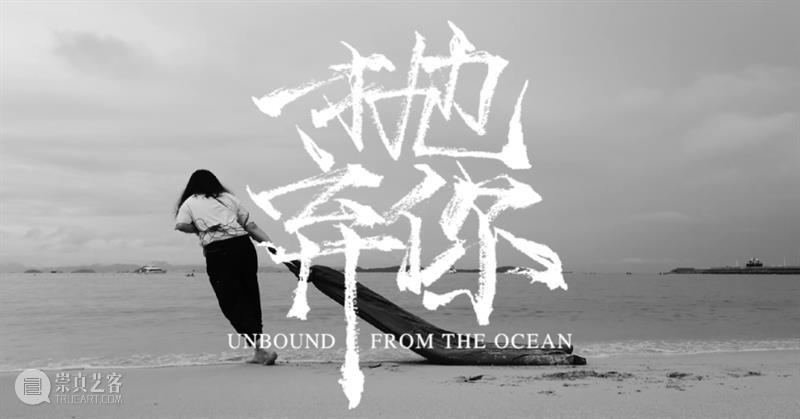 2020 Unbound from the ocean｜©Xue Yu-Xuan

Yipei Lee was born in Taipei. Currently is studying for an MBA at École d'Arts et de Culture. As an independent curator and writer, she pays attention to contemporary art in the Asia region and especially in Southeast Asia for a long time. Artistic research, residency, curation, and international exchanges are carried out with support from industry links, art consultants, and communities.

She is the founder of SUAVEART and Insular City Zine to rethink cultural boundaries and artistic impact. The main programs include "Seeding Future -Tropical Rainforest Research" and "Flaneur in the insular cities" in the island topology and natural environment to achieve humanistic care, cultural literacy accumulation, and art without borders.

She is invited to curate the exhibition "Life Dimension in art" in 2020 Poznan Art Week. Curated projects are included Ex-tension: The Dislocation of culture and pattern (PL), A touch for the now – Taiwan and Southeast Asian ART Exhibition (PL), The glimmer that we see / Vietnam (TW), Dinh project－Taqetaq (VN). She also participated in the residency project at Muong Culture Museum near Hanoi in Vietnam, the Batik story project in Surabaya, Indonesia, and contributed articles in Xinrui Weekly, Artist, hiart, and REVOLVE Artco, and other publications.

Scann the QR code below to enter the livestreaming: 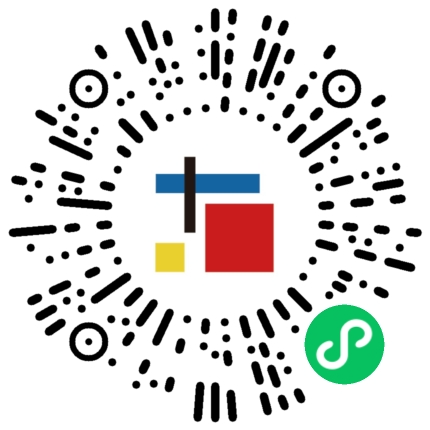 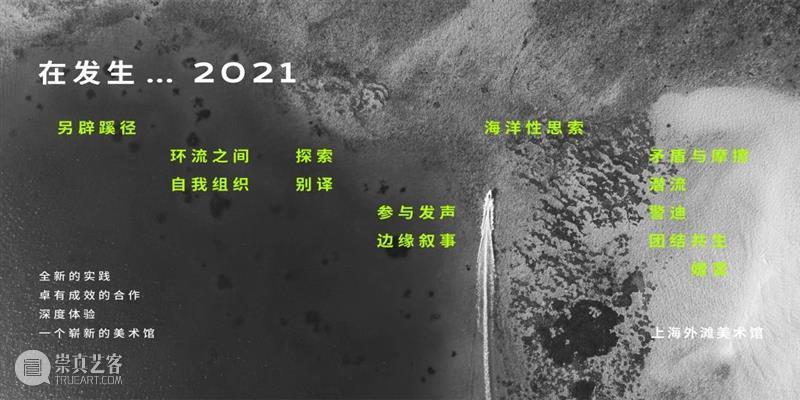