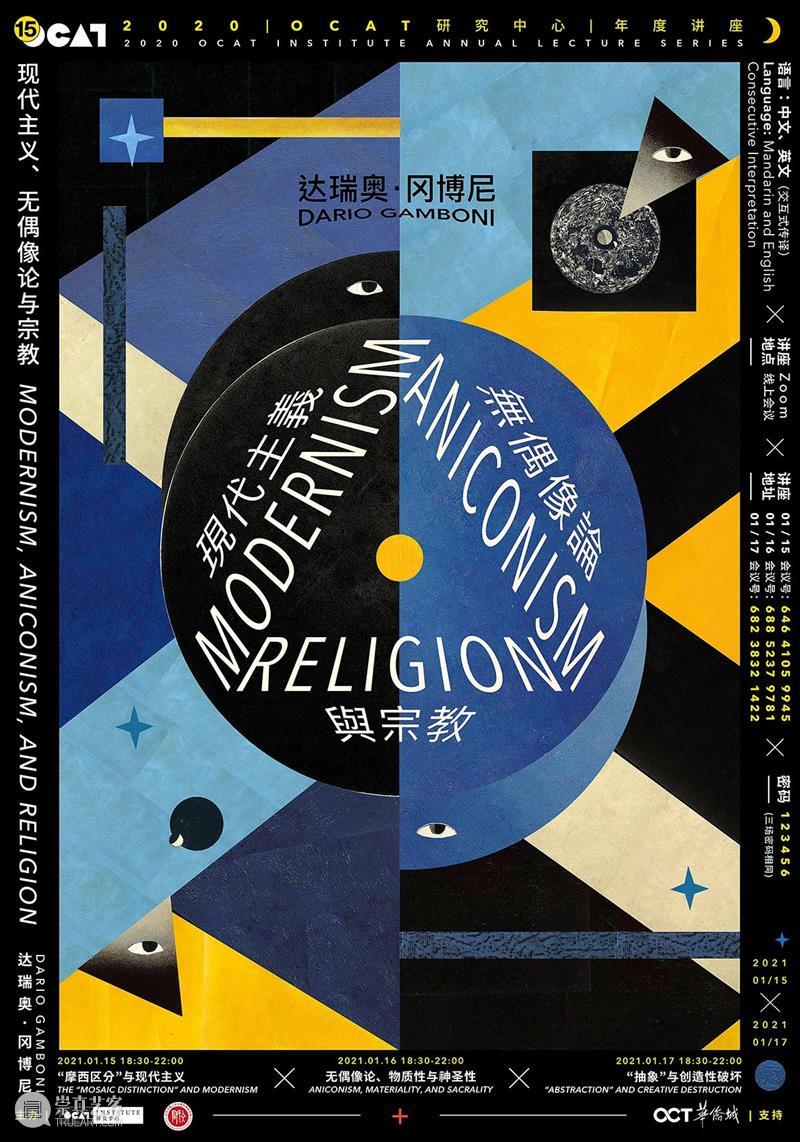 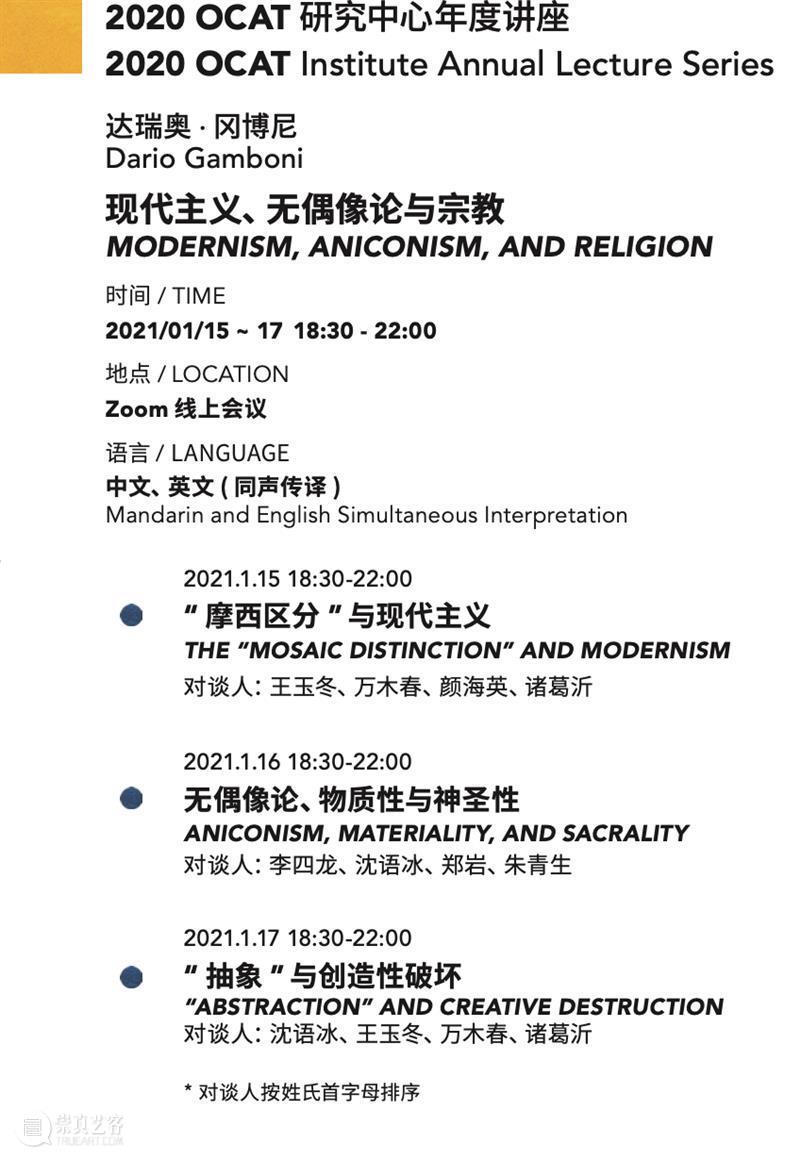 more information will be released soon

Our time is ripe with iconoclastic movements. Some use religious arguments, others political ones, but they share an emphasis on the image of destruction and a clearcut opposition between friend and foe. This dividing act may be compared with the German Egyptologist Jan Assmann’s notion of “Mosaic distinction”, i.e. the contrast between a true God and false divinities, true religion and false superstitions. Assmann regards this distinction as typical of monotheistic rhetoric and he traces its origin back to the religious revolution brought about by Akhenaten in Egypt in the fourteenth century BCE. Another feature recurring in subsequent monotheisms is the iconoclastic rejection of divine images and the prohibition of image cult. Assmann’s interpretation has been criticized by other specialists, and scholars of Judaic and Islamic culture have argued that their assumed radical aniconism is a modern invention. The lectures will argue, however, that Assmann’s thesis is illuminating for an understanding of Modernism.

A useful and problematic notion in this context is “aniconism”, coined in 1864 by the German archeologist Johannes Adolph Overbeck to characterize the earliest forms of symbolization of the divine among the ancient Greeks. It reveals an oppositional quality, but remains predicated upon a naturalistic understanding of iconic representation. The lectures will draw attention to the role of materials and imaginative perception in techniques of presentification of the divine, first in ancient societies, then in Jean Frédéric Bernard’s and Bernard Picart’s Religious Ceremonies and Customs of All the Peoples of the World (1723-1737), and finally in the work of primitivist artists such as Paul Gauguin and Isamu Noguchi. The religious sources and metaphysical claims of abstractionism will be examined in the art and writing of the American painter Ad Reinhardt, and the continuing allure of the tabula rasa ideal will be observed in the discourse of “creative destruction”. 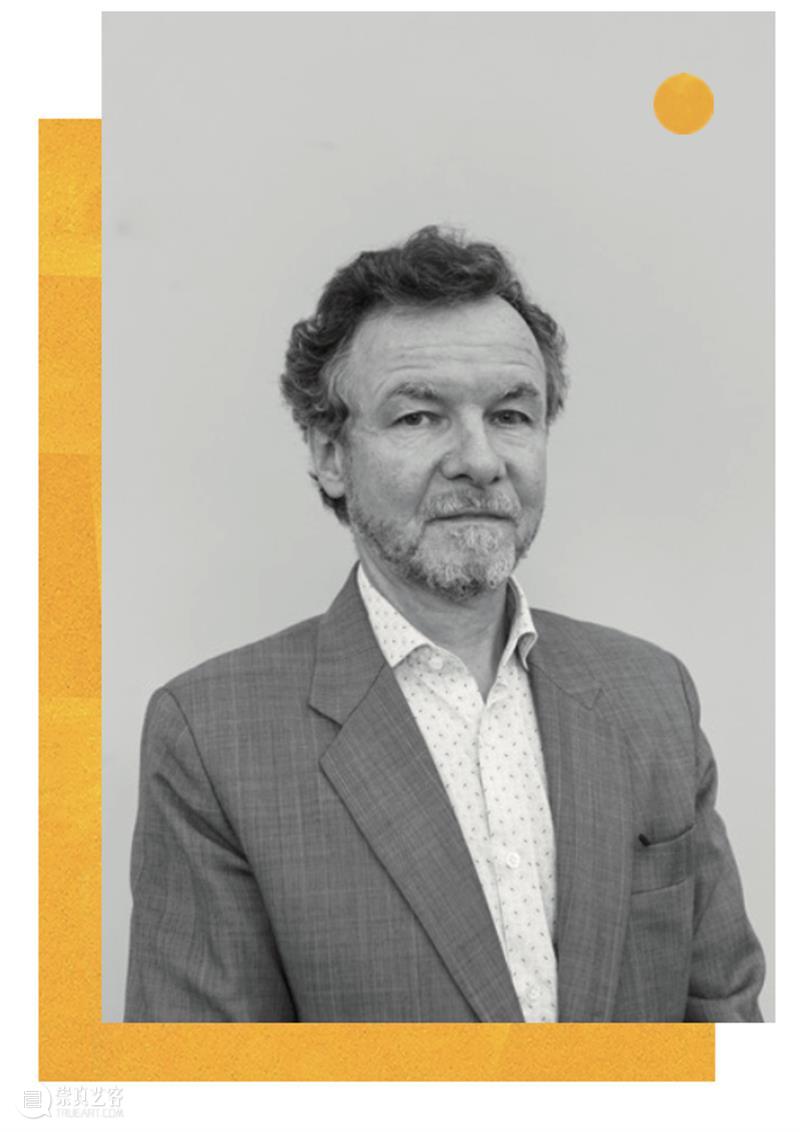 Dario Gamboni received his Ph.D degree in Art History from the University of Lausanne in 1989, took up faculty positions consecutively at Université Lumière Lyon II, Case Western Reserve University, and the University of Amsterdam, and has worked as a full professor of Art History at the University of Geneva from 2004 to 2020. From 1993 to 1998, he was a member of the Institut Universitaire de France, Paris. He has received research fellowships from a number of institutions, including the Center for Advanced Study in the Visual Arts (CASVA), National Gallery of Art, Washington, D.C., the Henry Moore Institute in Leeds, and the Getty Research Institute, Los Angeles. Moreover, he also serves or has served on the editorial boards of several journals, such as Res: Journal of Anthropology and Aesthetics, Art History, as well as Word and Image.

Gamboni’s research interests lie in a variety of fields, including the relationships between art andliterature, religious art, modern iconoclasm, the meaning and reception of images, museum and collecting history, etc. Some of his major publications are: The Brush and the Pen: Odilon Redon and Literature, The Destruction of Art: Iconoclasm and Vandalism since the French Revolution, Potential Images: Ambiguity and Indeterminacy in Modern Art, Paul Gauguin: The Mysterious Centre of Thought, and The Museum as Experience: An Email Odyssey through Artists’ and Collectors’ Museums.

Furthermore, Gamboni is also actively engaged in the curating of exhibitions, including of contemporary art. In 2006, he was awarded the Meret Oppenheim Prize, the most prestigiousprize in the field of contemporary art in Switzerland. Since 1985, he has co-organized a series of art exhibitions, notably Louis Rivier (1885-1963) et la peinture religieuse en Suisse romande (Musée cantonal des Beaux-Arts, Lausanne, and Kunszmuseum Luzern, 1985), Iconoclash: Beyond the Image Wars in Science, Religion and Art (ZKM-Center for Art and Media, Karlsruhe, 2002), and Une image peut en cacher une autre. Arcimboldo – Dalí – Raetz (Galeries nationales du Grand Palais, Paris, 2009).

The twenty-first century is rich in iconoclastic movements. The one associated with Islamist extremism, which targeted ancient graves and monuments, justified its actions by reference to religious condemnations of idolatry. The one launched against nineteenth- and twentieth- century statues by activists protesting against racism and discrimination emphasizes political motives, linked to the lives of the persons honored by the monuments and the function of their commemoration. While these two movements differ in many respects, they also share common aspects. One is the importance of the images of destruction they produce and disseminate, which equals or outweighs the role of the destructions themselves. Another one is the diametral opposition they set up between the values they defend and those attributed to their targets and foes, a line dividing the world between black and white. This dividing act can be compared to what the German Egyptologist Jan Assmann called the “Mosaic distinction”, i.e. the contrast between a true God and false divinities, a true religion and false superstitions, which Assmann considered characteristic of monotheistic rhetoric and of which he found a prototypical instance in the cult of Aten introduced in Egypt by Pharaoh Akhenaten in the fourteenth century BCE. A feature of this revolution recurring in subsequent monotheisms is the iconoclastic rejection of divine images and the prohibition of image cult.

Assmann’s interpretation of Akhenaten’s enterprise and of what he called the “price of monotheism” has been questioned as indebted to later, especially Christian developments. Scholars of Judaic and Islamic culture, such as Kalman P. Bland and Finbarr Barry Flood, have shown that claiming or assuming the radical aniconism of these traditions was also a modern phenomenon. The present lectures will argue that whatever its validity for ancient Egypt, Assmann’s thesis is relevant and illuminating for an understanding of Modernism. In the realm of art and culture, the Modernist condemnation of historicism can be compared with the “Mosaic distinction”, and Thierry de Duve rightly observed that, in the course of the twentieth century, the axiological differentiation between good and bad art was replaced by an ontological distinction between art and non-art. Related notions such as “anti-religion”, “negative energy”, and “normative inversion”, which Assmann used to describe the monotheistic fight against polytheist and animistic traditions, similarly call to mind “anti-art” and the (metaphorical or literal) iconoclasm of the avant-gardes.

As Milette Gaifman has shown, “aniconism” itself is a modern notion, coined in 1864 by the German archeologist Johannes Adolph Overbeck to characterize what he regarded as the earliest form of symbolization of the divine among the ancient Greeks. It referred to the cult of natural objects, such as trees and stones, and of non-representational artefacts, such as spears and scepters. Already in the eighteenth century, the first attempt at a comparative history and anthropology of religions, Jean Frédéric Bernard’s Cérémonies et coutumes religieuses de tous les peuples du monde (“Religious Ceremonies and Customs of All the Peoples of the World”, 1723-1737), included the Lapps’ cult of rocks and trees, but Bernard Picart’s illustrations suggested that these objects had been selected for worship because of their accidental resemblance to animals or humans. In his foundational studies of anthropology, Edward Burnett Tylor defined animism, the attribution of a soul to all material phenomena, as a first stage in the development of religions. Modern artists critical of the model of progress embodied and imposed by Western societies, such as Paul Gauguin and Isamu Noguchi, turned to the heritage of pre-modern cultures as counter-models. They found inspiration in the materials they used, such as wood and stone, and in the emergence of sacrality from materials that can be observed in many religious traditions across the globe. They harnessed the imaginative perception of the material world and questioned the narrow definition of the image – based upon naturalistic depiction – that is presupposed by the notion of aniconism.

Primitivism had a complex relationship to utopianism and ideology, as defined by Paul Ricoeur, insofar as it turned to earlier and/or exotic traditions (ideologies) in order to question the status quo. A more straightforward embrace of utopianism can be found in movements, such as Futurism, that rejected tradition and advocated the tabula rasa. Aniconism as “abstraction” became part of a narrative of progress that transferred the monotheistic prohibition of images onto a programmatic or teleological history of art. The religious sources and metaphysical claims of abstractionism are particularly evident in the early twentieth century, in writings by Wilhelm Worringer or paintings and theories by Piet Mondrian and Kazimir Malevich, but a later artist like Ad Reinhardt explicitly connected the radical aniconism of his monochrome Ultimate Pictures with negative theology and Zen Buddhism. His attitude toward the degradation of his paintings, which implied repainting and replacing rather than restoring them, manifests a refusal of time and matter. The interdictory character of Modernist aniconism was exposed by Leo Steinberg in 1968, but its eschatological allure lives on in the avatars of “creative destruction” and the promises of a digital “liberation from matter”.

As an open initiative dedicated to research in art history, the OCAT Institute Annual Lecture Series intends to delineate the contour of contemporary thought, reexamine potential histories of contemporary art, and create a platform of exchange and dialogue between the academic community in China and abroad. As one of the essential components of OCAT Institute’s public educational programs, it promotes an approach to research that draws from a wide range of disciplines in the humanities.

OCAT Institute is a non-profit research organization dedicated to the history of art and its related discourses. It was established by OCAT in Beijing and is a member of the OCAT Museums. The Institute has three main focuses: publication, archive, and exhibition. Its research scope encompasses art from antiquity, modern and contemporary Chinese art, and specifically investigates artists, artworks, schools of art production, exhibitions, art discourses, as well as art institutions, publications, and other aspects of art’s overall ecology. It supports library and archive collecting and the facilitation of dialogue and exchange between China and abroad. It is also an exhibition space of the OCAT Museums in Beijing.
OCAT Institute aims to establish a paradigm of values, a system of academic investigation, and modes of applying historical research methodologies to modern and contemporary Chinese art. Its scholarly values lie in knowledge, reflection, and research. Drawing from scholarly research traditions and the open spirit of such research, OCAT Institute bridges contemporary Chinese art history with the history of mind, history of ideas, history of thought, and history of visual culture. It also focuses on the translation and publication of classical art historical writing, and the reconciliation between modern and contemporary art history and classical art history.
About IHSS at Peking University
The Institute of Humanities and Social Sciences (IHSS) at Peking University is an academic organization centering on the foundational disciplines in humanities and social sciences. Based on a four-month visiting-fellow program, our aim is to enhance interdisciplinary research and international conversation. The ethos of IHSS is to “inquire and inspire”.
The academic activities at IHSS are organized through six clusters of research topics: “Early China and the Origin of Chinese Civilization”, “Ethnicity, Nation and State-building in Medieval and Early Modern China”, “Modern China in Social Transformation and Cultural Reconstruction”, “Chinese and Western Academia: Philosophy, History and Social Sciences”, “Comparative Studies of Multiple Civilizations and their Interaction”, and “Science and Technology, Arts and Humanities”. The six themes initiate conversations for scholars from different disciplines in the humanities and social sciences. They lead us to rethink about history, modernity, China and the world, as well as the challenges we face in today’s globalized world. 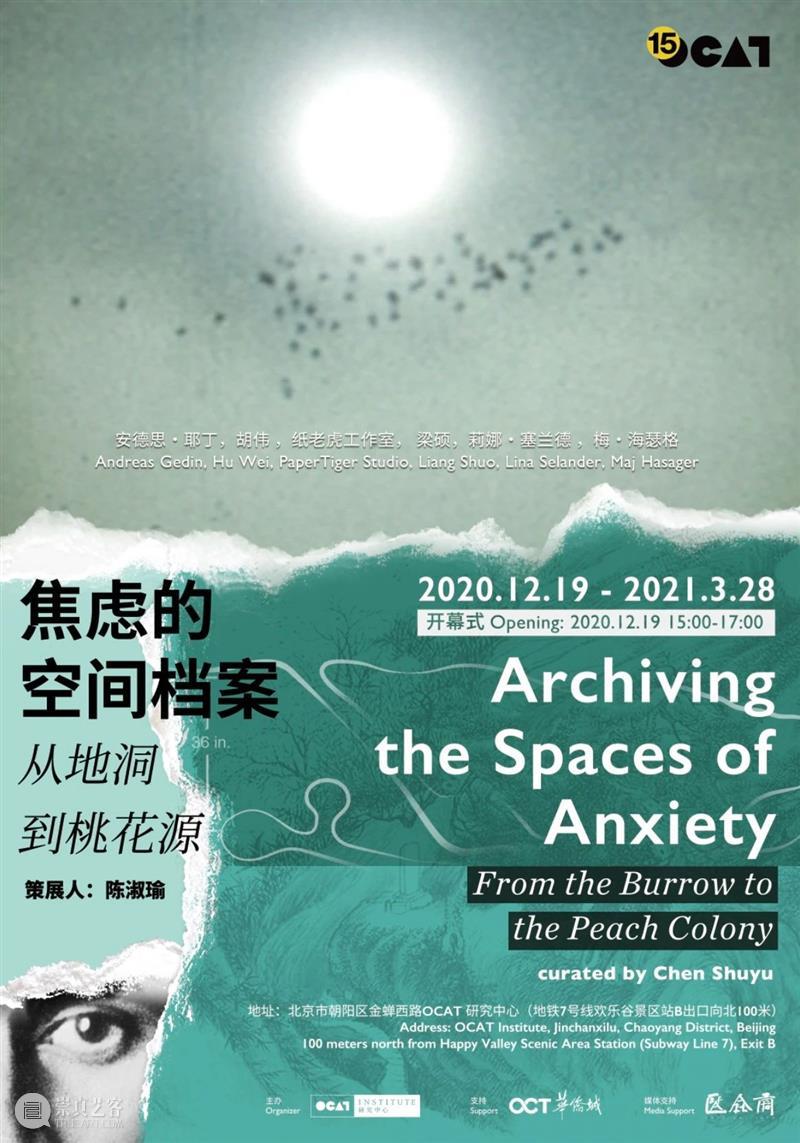 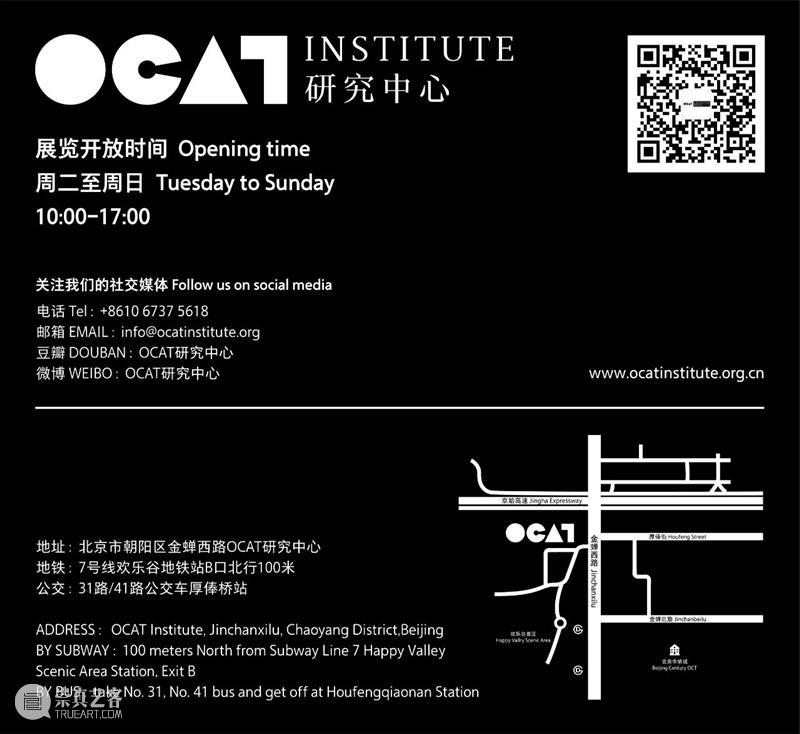