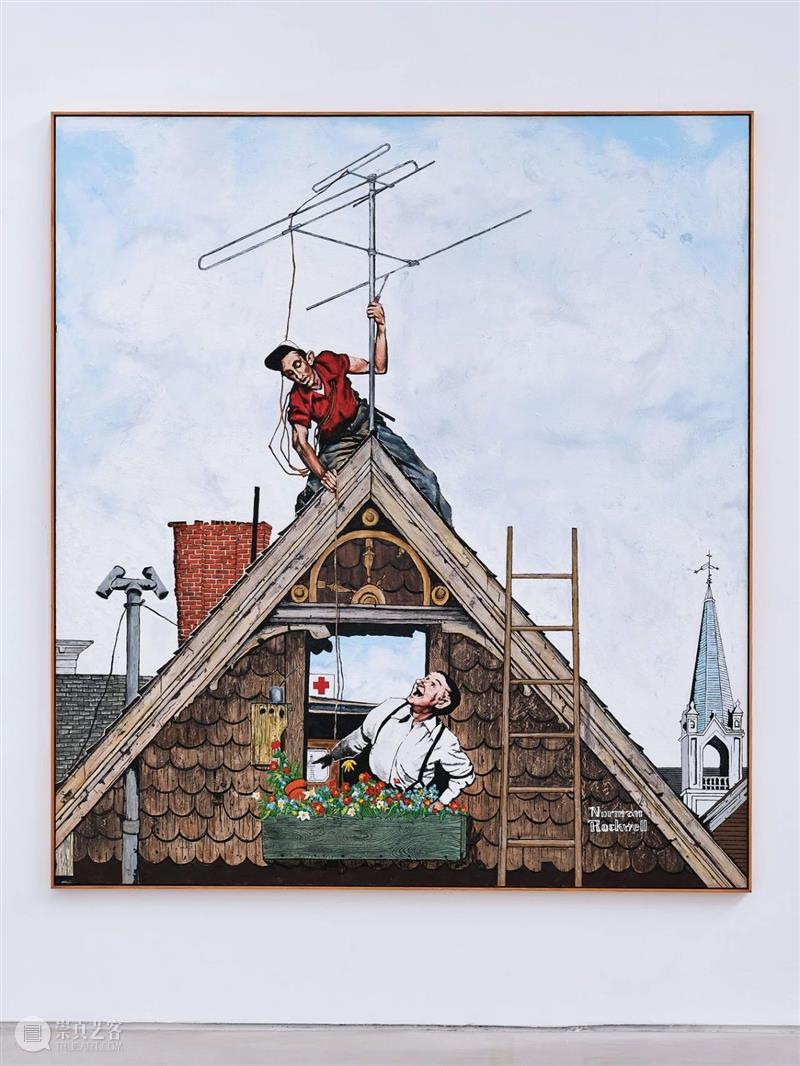 Rockwell, 2019, Oil and encaustic on canvas 258 x 231 cm  Photo by Jonathan Leijonhufvud © Faurschou Foundation
Norman Rockwell (1894 – 1978) was an American painter and illustrator. His works have an extensive popular appeal in the United States for their reflection of American culture. Rockwell is most recognized for the cover illustrations of everyday life he created for The Saturday Evening Post magazine over nearly five decades. 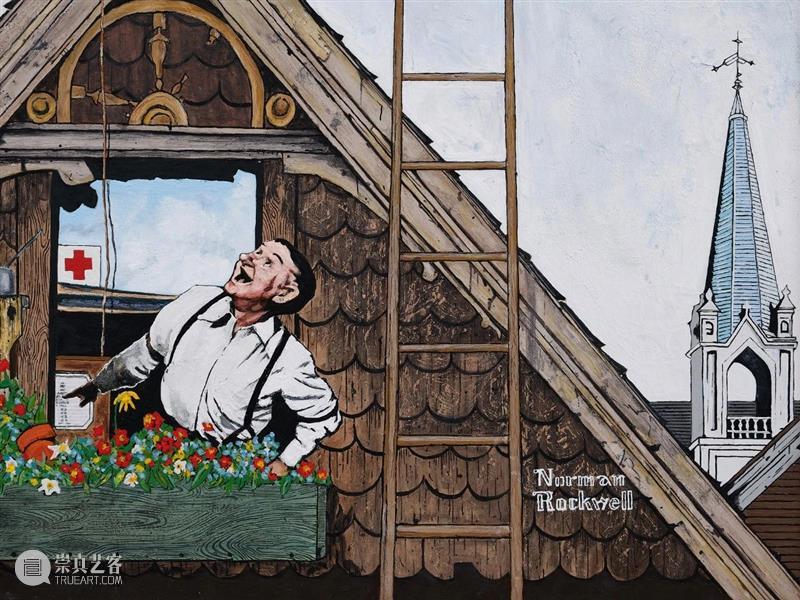 The original painting by Norman Rockwell that Armstrong references here is called New Television Antenna.It appeared on the cover of The Saturday Evening Post published on November 5, 1949. Another title for the painting is New Television Set, and it shows a new television enthusiast having his antenna installed. The general public in America started buying televisions and television antennas in the late 1940s. 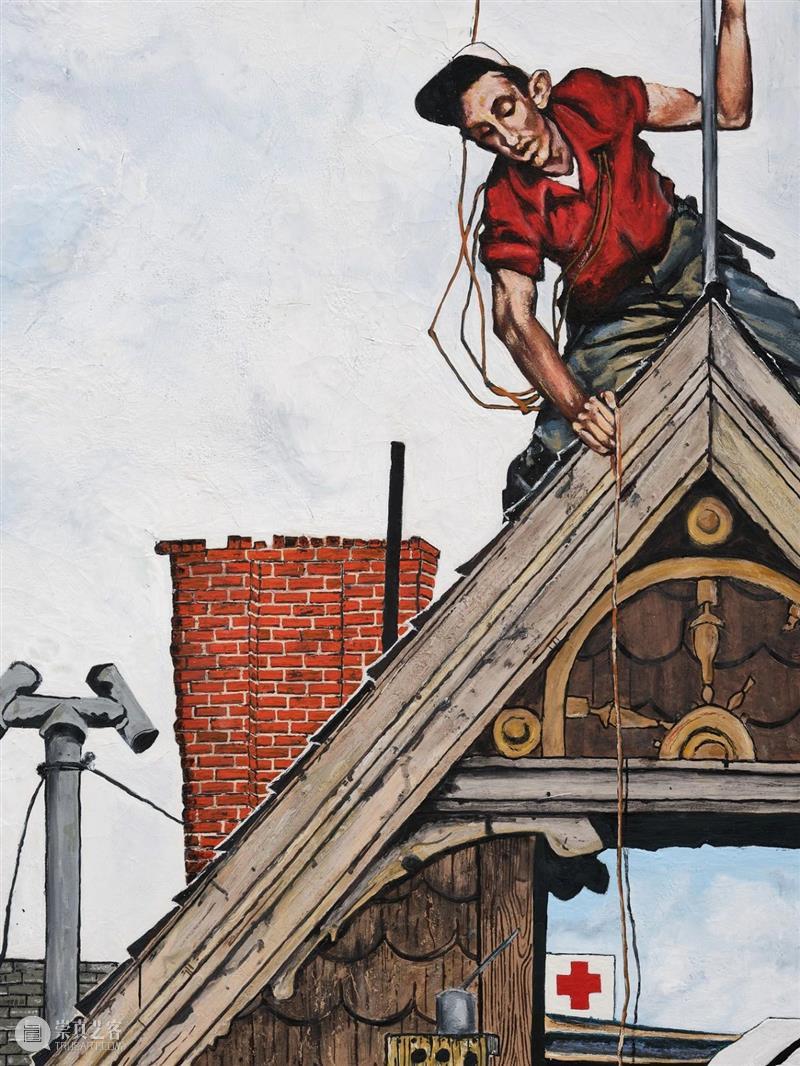 Rockwell's career with the Post spanned 47 years, from his first cover illustration, Boy with Baby Carriage, in 1916 to his last, Portrait of John F. Kennedy, in 1963, making him a well-known and beloved illustrator of the American culture.
The original oil on canvas painting is currently part of the collection of The Los Angeles County Museum of Art. Yet again, Armstrong allows Rockwell to be part of a new context in a different part of the art world by recreating one of his works. 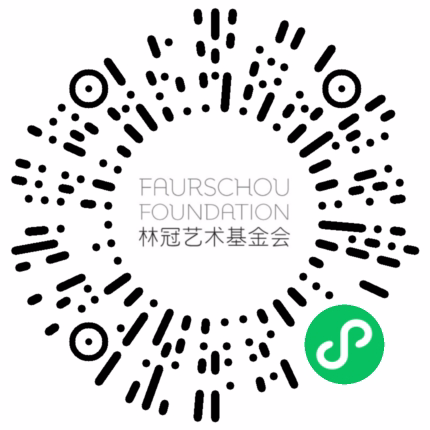 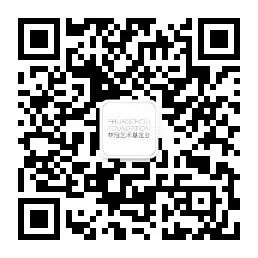