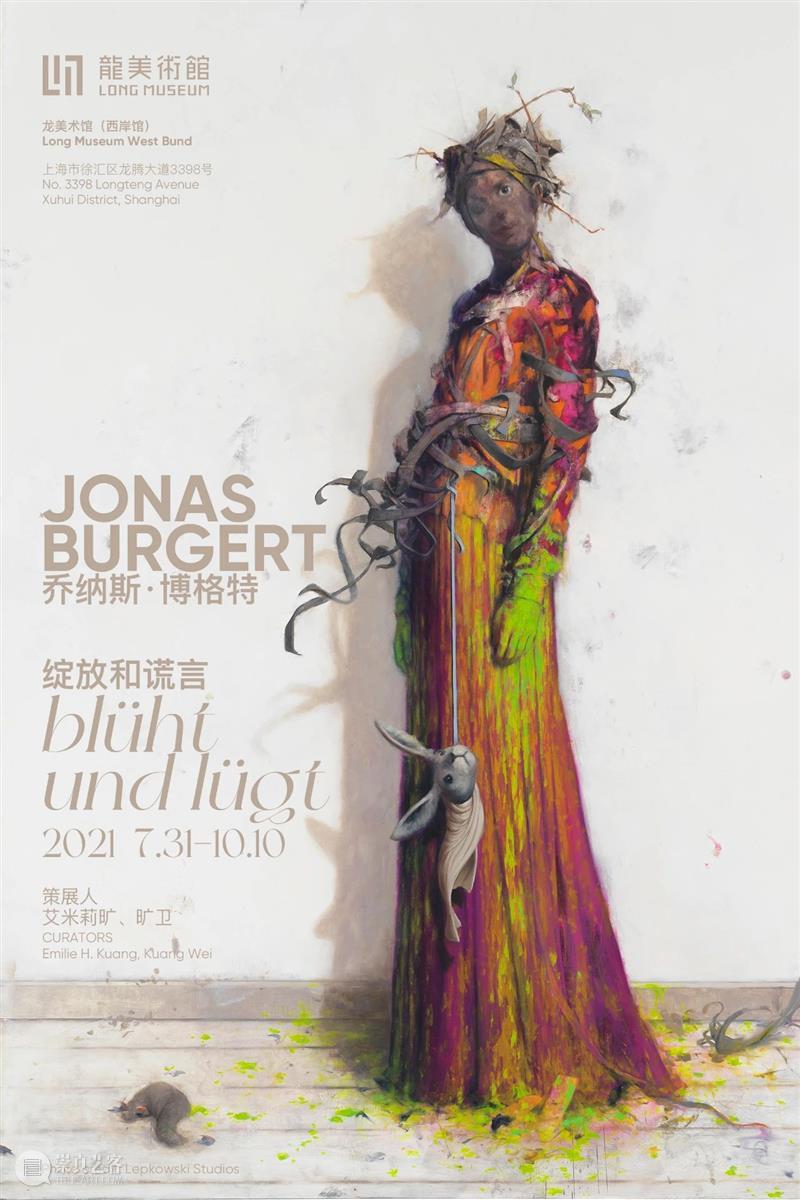 From July 31 to October 10, 2021, Long Museum (West Bund) will present the solo exhibition ‘blüht und lügt’ by the German artist Jonas Burgert, which will be his inaugural solo museum exhibition in Asia. Curated by Emile H. Kuang / Kuang Wei, the exhibition will bring together a wide range of Burgert’s former works and brand-new pieces in which the artist constructs other dimensions filled with obscure characters.

Burgert is a true master of figurative painting and each of his works contains complex scenes. Furthermore, he examines contemporary life and illustrates his vision of our human existence. Regardless of culture and nationalistic differences, Burgert’s works are relatable for everyone. “For me it’s not interesting to show what it’s there, but to show what’s also the subtext. I try to see what’s behind the people around me and what’s behind the surface’’, says Burgert.

The exhibition ‘blüht und lügt’ challenges the viewer to look beyond the surface of their own human existence. The visual media is Burgert’s tool to showcase the inner emotions and balance in human’s daily life. As Burgert’s states himself, “It’s interesting for me to see what’s behind the scenes, and not only the bad things, also the good things.”

Burgert uses both large surfaces with great visual impact and smaller canvases for a deeper examination into individual subjects, with portraits of mystique characters. If they were under a microscope, Burgert’s works have the quality to introduce us to a visual collection of events and individuals with whom we can identify with. His paintings reveal human figures dressed in odd costumes, decorated faces, and obscure objects. Darkness looms in the paintings of Burgert, which reminds the viewer of the dangerous play of life and death. His works refer to the European renaissance and the Flemish masters such as Hieronymus Bosch. Overall, Burgert’s paintings seem relevant and interesting to fall into the light of our current pandemic situation. He creates a wide range of marks and depth, all culminating in this new exhibition ‘blüht und lügt’. The use of luminous color and grotesque figures celebrates the balance between memory and imagination. 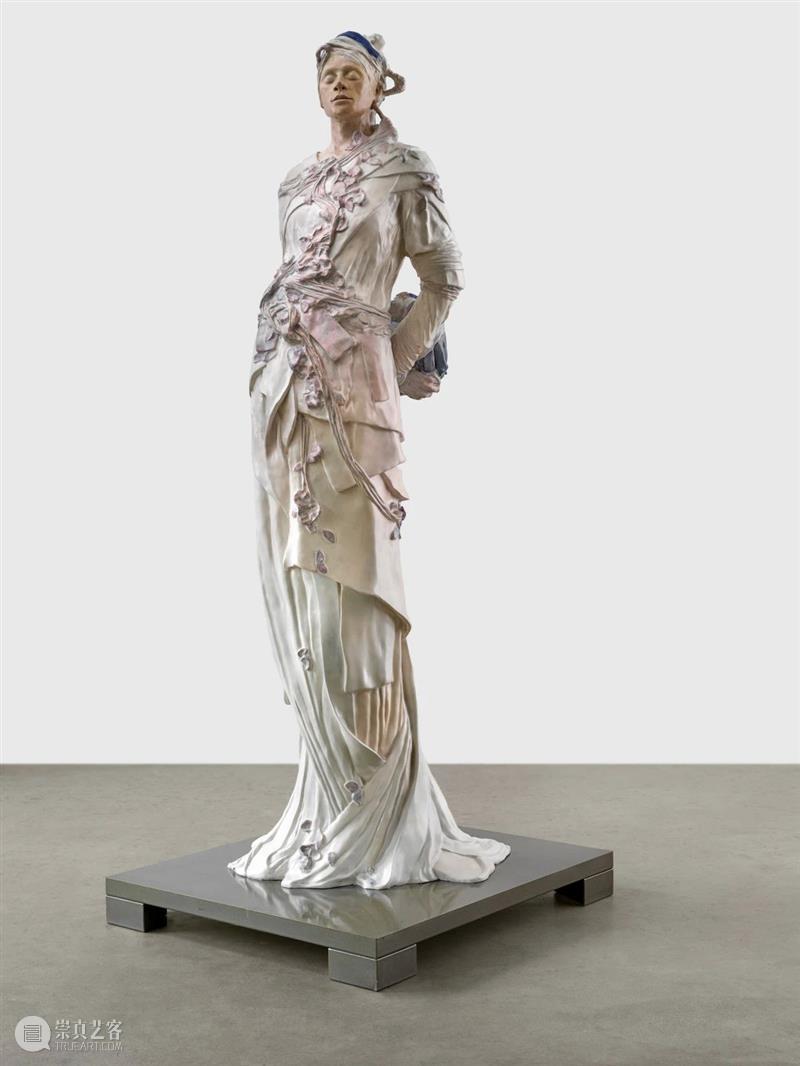 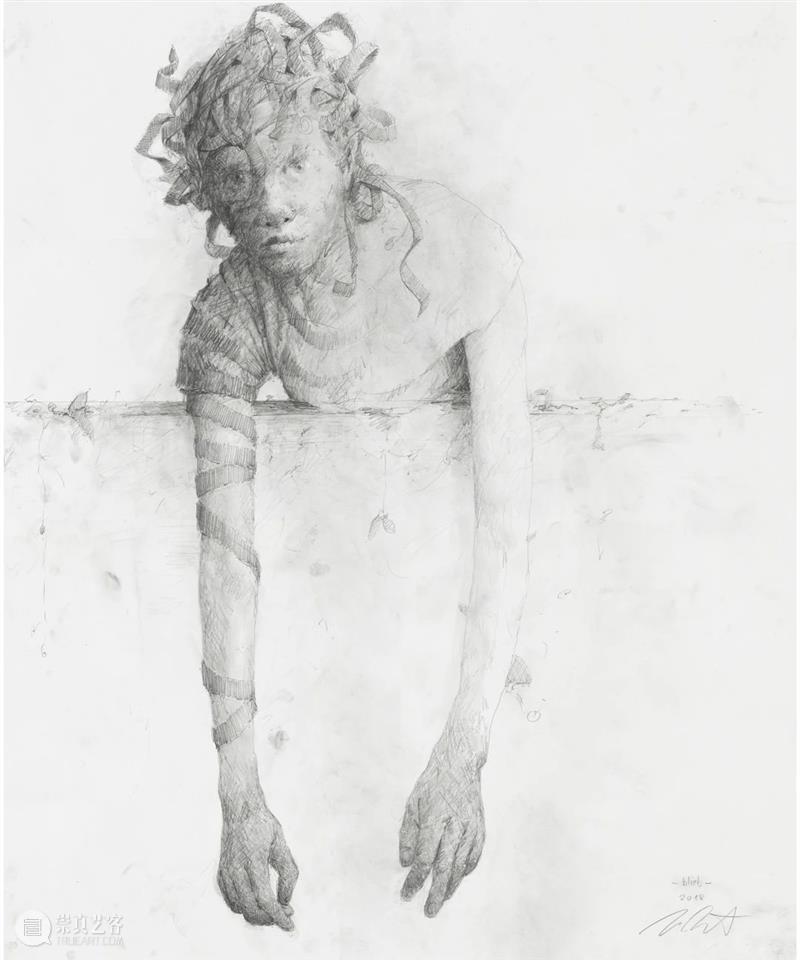 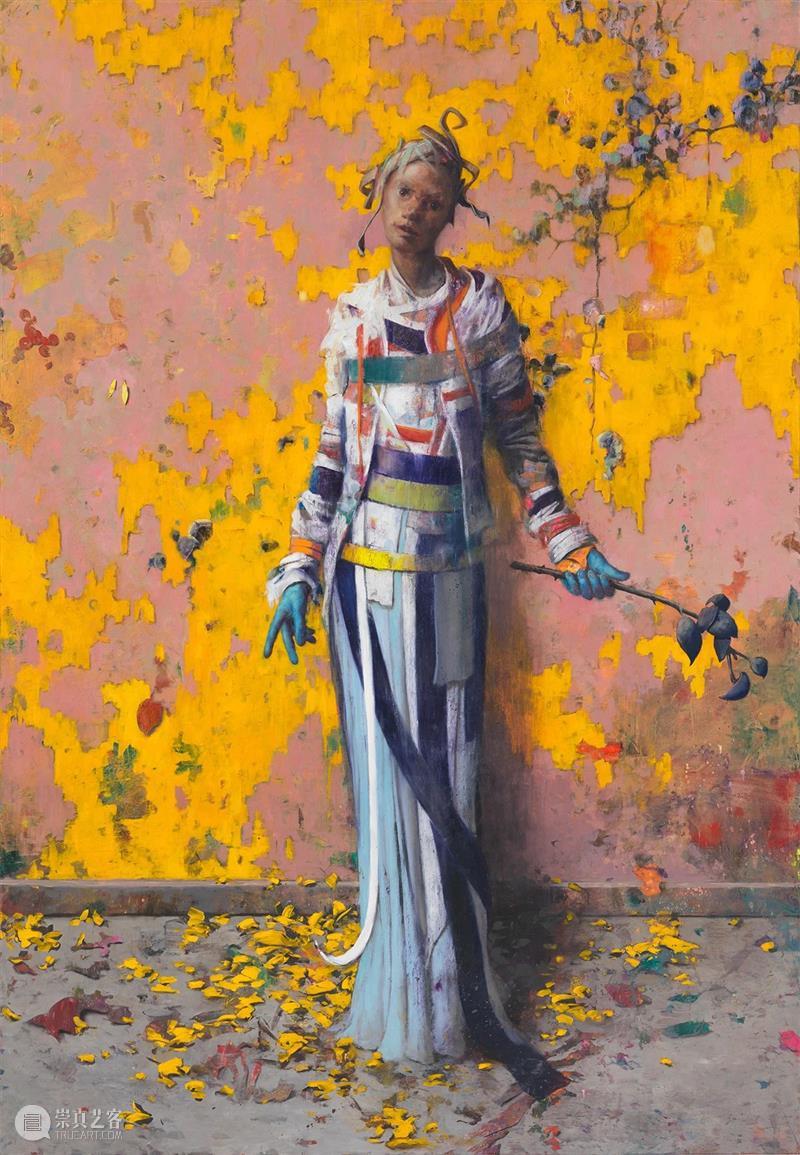 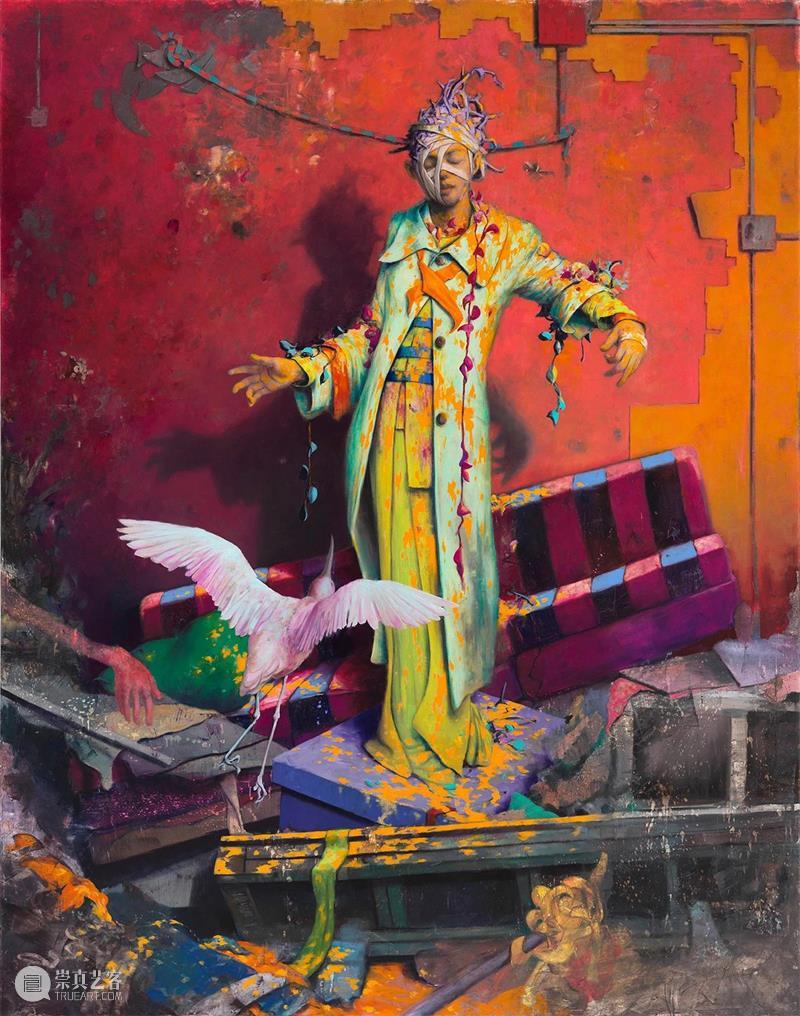 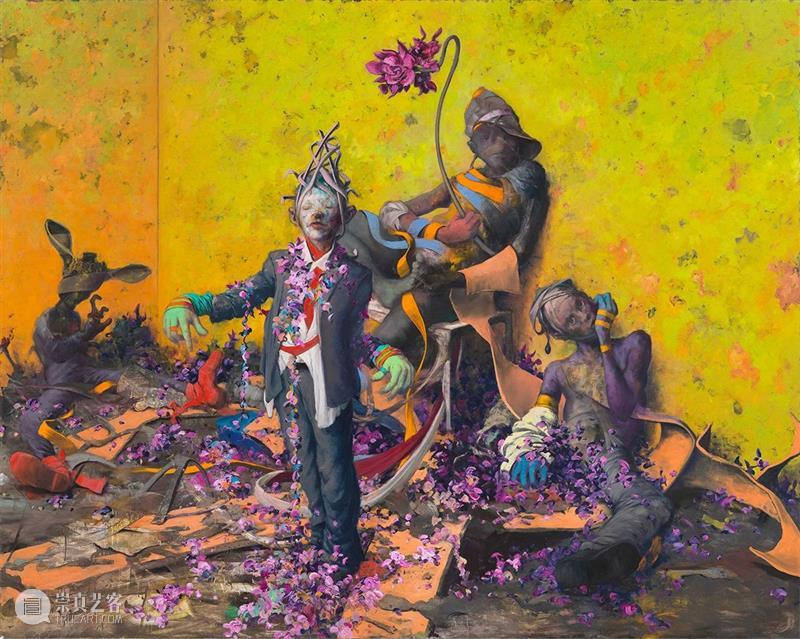 ↓Please rotate your device to 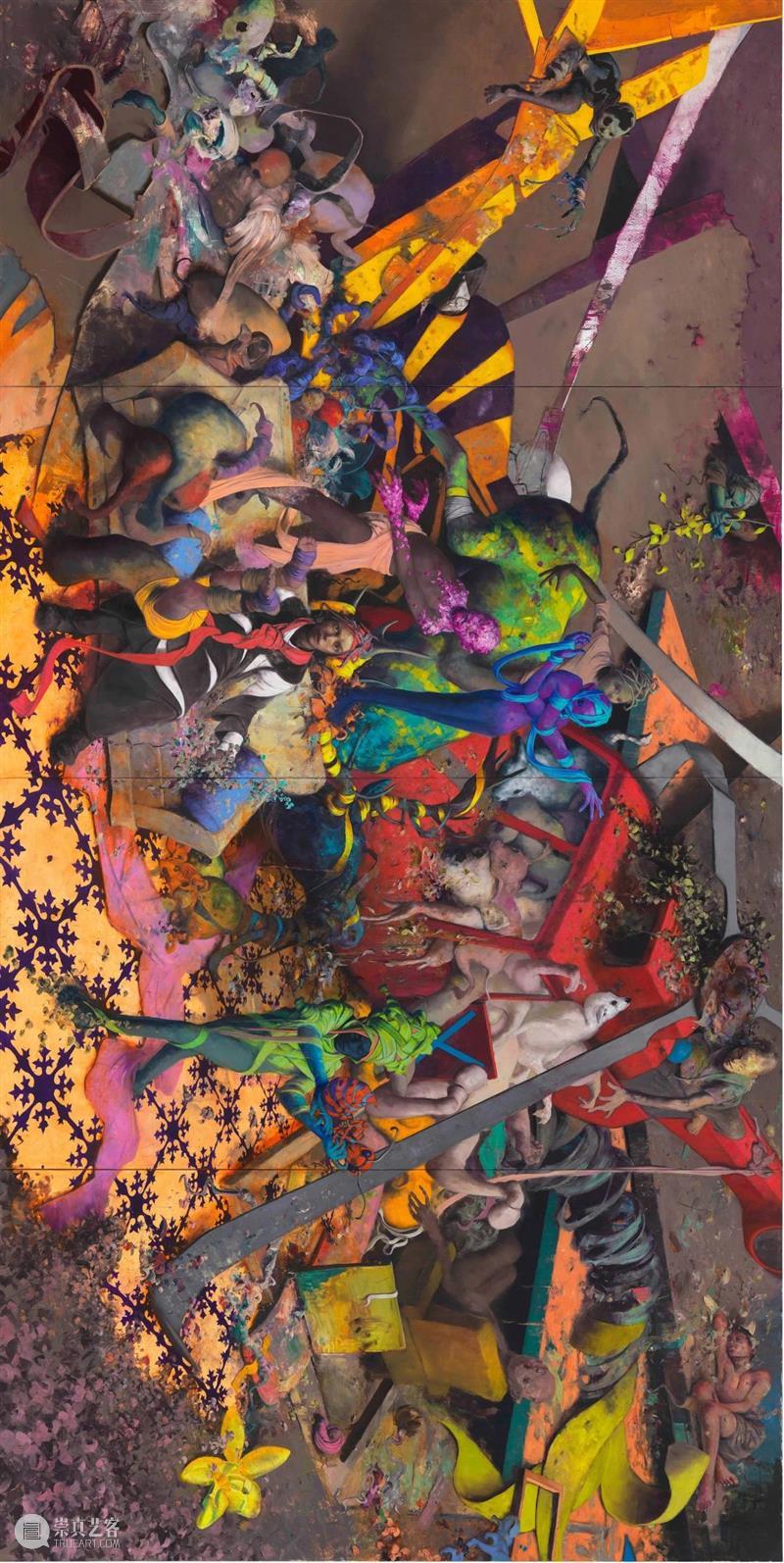 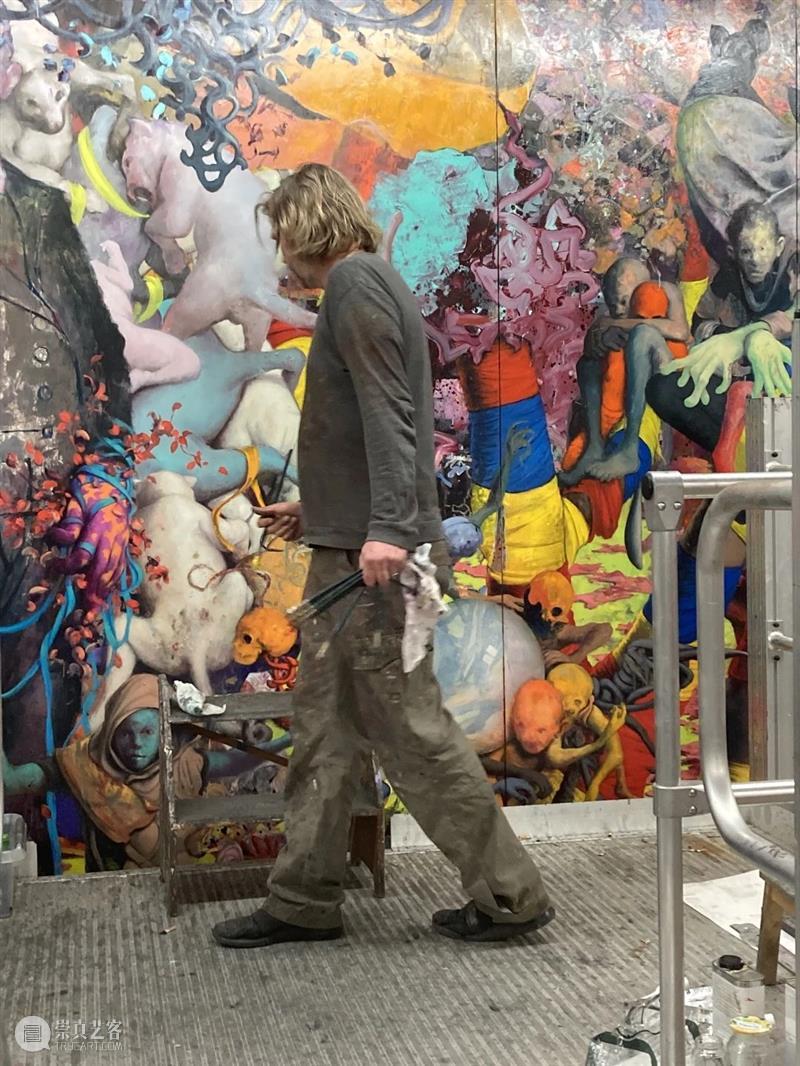 Jonas Burgert in his studio.