Ts. Bayandalai was born into a Mongolian family in Ili, the Xinjiang Uyghur Autonomous Region. Although his music has been inspired by the nomadic life, he has been seeking “changes” in his musical exploration. Co-founding the band Horse Radio, he has brought a new perspective to his listeners through playing Mongolian traditional music on the guitar. Some of his solo works that were produced by December3am (another band he co-founded) have won him public acclaim. We interviewed Bayandalai when he was attending “Live Anywhere” on the Shiratala Grassland near Xanadu in Inner Mongolia. I hope this interview will help you acquaint yourself with Bayandalai and his musical exploration.

You once mentioned that you became interested in music after hearing a shepherd play the guitar in the mountains. Can you share this story with us?

I first studied guitar when I was a grade 6 student. That year, we had hired a new shepherd to look after our herd in the mountains. We worked together every day. He played the guitar, which piqued my interest. He mostly played folk music, but the way in which he played folk songs fascinated me.

Is there any music piece or artist who has influenced you in a major way as a musician?

Writing your own music is a long process, as you need to become familiar with a variety of music genres first. Your musical aesthetics will change as you get exposed to different musicians in different periods; you then slowly find the themes that you want to express. Some artists are very clear about what they want and what they want to do, but I find it a bit hard.

You said you would “live in the moment” after being cut off from the traditional life. This sounds to me like an effort to make the best of a helpless situation. But how can we breathe life into traditional music through your music?

First of all, childhood experiences are very important. The environment we grow up in and the elders we know have a tremendous influence on us.

In my opinion, traditional music is what brings humans and all things on earth together. After they are enmeshed, art is born. The urban environment can hardly produce similar resonance for people. Our inner world needs a broader environment and that is very important.

We may miss someone, recall a memory or express sentiments. All these are very important. The mother tongue and the environment you grow up in… these things that you take for granted will all affect your understanding of music.

Your adaptation of veteran singer Tenger’s song “My Blue Hometown” has transformed it thoroughly. His song expresses tenderness and nostalgia, but we can detect a kind of despair in your singing. Please tell us about your original intention in adapting the song.

To be honest, I am more familiar with Dedma’s version than Tenger’s. I once watched a documentary, which showed some people going on a pilgrimage on horseback. As they travelled through the desolate Gobi Desert they sang the song, in Russian, if I remember correctly. It was very inspiring to me.

What I want to express is one’s search for a habitat. It is a constant effort and one may never be able to find it. I was pulled to the song’s artistically profound lyrics. That was why I sang the song; I did not intend to express any melancholy.

What is the meaning of December3am? Why do you call it the “reincarnation” of your first band Horse Radio?

The music we are playing now is different from our old music which was too specific (or ethnic). This breaks new ground in style and is freer. Compared to the music of Horse Radio, it does not have much restraint.

Do you think your recent experiment in music is an attempt to bid farewell to “the past” of the Horse Radio era and “go international” just like the way you left the valley of Xinjiang and came to Khanbaliq or Beijing?

I have a strong passion for “living in the moment.” I want to experience music authentically and to feel its changes. I haven’t thought too much about “where to go.” What has changed most of the time is the instrument, not the content that needs to be expressed or what may be regarded as fundamental. They are always there only being expressed in different ways.

Please could you share with us your favorite song? What is it in the song do you want the listeners to feel? And what kind of sentiment or history is embedded in the music?

I don’t have a piece that I feel stands out. Each song of mine has some defects either in recording or in expression which I regret very much. But I can live with it; a song doesn’t have to be perfect.

People should go to our live performances; it is much better than listening to the album.

What is the nomadic spirit in your understanding? Does your music contain such a spirit?

I don’t know what nomadic spirit entailed in the past, as I am not familiar with it.

Talking about contemporary nomadic spirit, since we have been nomadizing and on the move, I should think that we are more accommodating and tolerant in terms of our perspective and understanding. Even though we might have been cut off from the traditional way of life and settled in cities, there is still such a “thing” hidden in our hearts.

I hope we will be able to understand and speak each other’s dialects in the future. What makes nomadic music is precisely the fusion of arts from diverse sources.

What do you think are the major characteristics of Western Mongolian music?

Apart from epics, traditional Western Mongolian music includes urtiin duu (long songs) and bogino duu (short songs). Most urtiin duu are melancholic with abrupt high and low notes, a feature that has much to do with their living environment and terrain. Most urtiin duu express yearnings for family members and friends afar.

We have a tradition at my birthplace. At family reunion banquets, people choose different songs for the people they wish to pay tribute to, according to their age or generation. They cannot sing at will. There are many customs; they are all ways for people to express their feelings.

You once made a documentary about a granny in Xinjiang who plays tovshuur (a two-stringed lute). Could you please tell us more about it?

I filmed the granny because I had never seen anyone play and deliver emotions like her. I found it incredible. I decided to make an album for her, so I did some interviews. I just wanted to chat with her and record her daily life.

She lived in a bungalow and cooked for her great-grandchildren every day. She told me her childhood stories and how people lived back then. She also recalled the occasions on which traditional instruments like tovshuur would be used. I found her stories fascinating.

In the past, when music was played, everyone present must stand up and dance. Those who couldn’t dance would be tied up. That is something that we cannot understand anymore, but it was how things were, befitting the environment at the time. I found it interesting.

Trailer of the documentary Tovshur 12

What is your perspective on traditional music?

Pop music has a direction; it targets some sentiments, such as love or sadness. Traditional music, in contrast, is not directed at any specific sentiment; it is comprehensive, and it has a lifetime benefit for you. When you sing traditional songs, you are being healed subtly. I think this is the greatest value of traditional music.

We cannot say that there is no bond between traditional music and us or that we can be separated from it. It is embedded in every step we take in our lives. This is how I understand traditional music.

* Copyright © NomadRelays.  All rights reserved.
The copyright of the material on this site (including without limitation the text, artwork, photographs, images, music, audio material, video material and audio-visual material) is owned by NomadRelays. You may request permission to use the copyright materials on this site by email to nomadrelays@hotmail.com 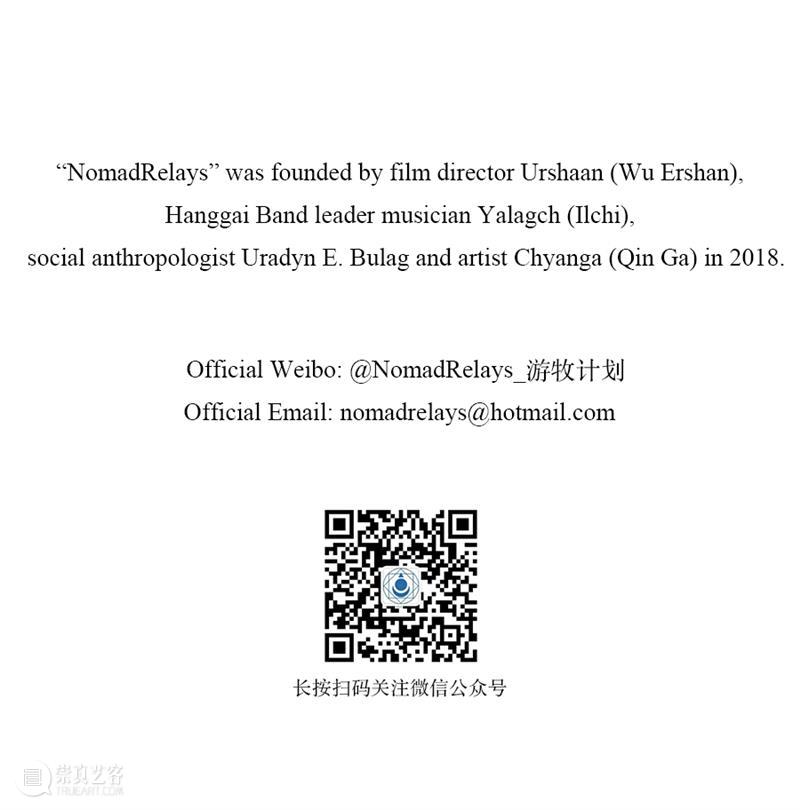