From October 9 to 19, 2021, the large-scale retrospective exhibition of Yang Yushu "Engraved Time, Diffused Memories" will be held at Visual Art Center, AADTHU. The exhibition is co-organized by the Painting Department of Academy of Arts & Design, Tsinghua University and Beijing Inside-Out Art Foundation Zhao Wenliang & Yang Yushu Art Center and will present more than 300 paintings by Yang Yushu. The preparations for this exhibition officially started in January 2021. After combing through and studying Yang Yushu's works and materials for months, the two curators proposed to entitle the exhibition as "Engraved Time, Diffused Memories". This title paraphrases the phrase "the sparse shadow knows the clear eulogy", which is taken from excerpts of Su Dongpo's poems, "Ding Feng Bo – Rain Washes the Beautiful Tender Leaves to Shine" and "Under the porch. The moonlight and the sparse shadow on the east wall," and Huan Xi Sha (Ji Shi), "The falcon-like boat crossed the river, and I was glad to revisit the river. To see old fish jumping up on the railing; to hear the clear eulogy." In the context of the exhibition, the sparse shadow is the authentic self in the description of life and years that flows in the memory of the brush. The clear eulogy refers to the process of an independent individual pursuing truth, goodness, and beauty of self-perception. Yang Yushu grew up in a time when higher education was a privilege of the class, which prevented him from receiving training in professional art schools, let alone finding a place in the institutional art institutions. He never had the opportunity to acquire the mainstream "western" painting language at that time, but developed a modern, personal and daily painting language in his life and art practice. 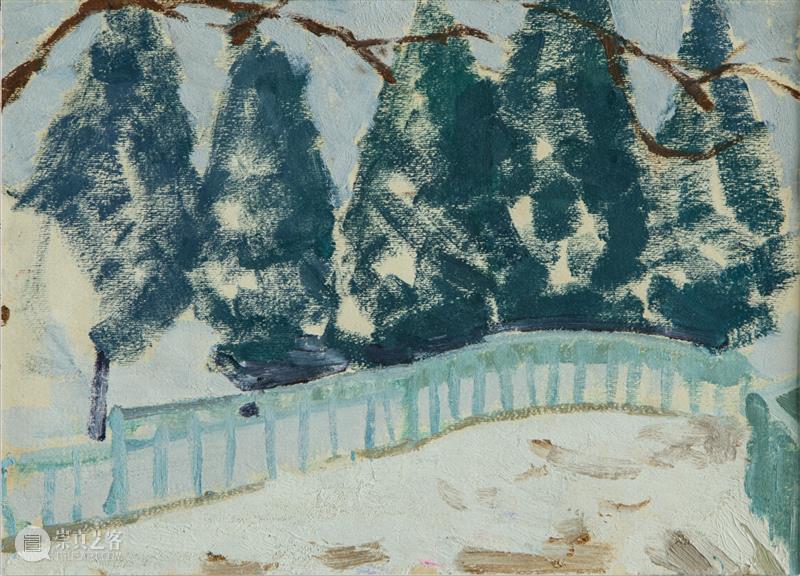 Yang Yushu tends to apply bright colors, create elegant and grandiose structures, and use bold brushstrokes. The artistic language of Yang Yushu is more direct and spontaneous, leaving a distinctive and deep impression on the audience. Over the decades, Yang Yushu has used this language to record his impressions of the outside world, going beyond visual reality to pursue sensory reality, transforming the objects in front of him from "landscape" and "still life" in mainstream art discourse to a medium of attitude and emotion. The works selected for the exhibition span Yang Yushu's 50-year artistic career and focus mainly on his works from the 1980s to 2016. Yang Yushu grew up and lived in Beijing, and this exhibition takes the landscape and architecture of Beijing and the seasons as clues to present the Forbidden City, the Temple of Heaven, the Drum Tower and the North Sea, the ancient cypress and snow bridge, the willow and the lotus pond, which carry the emotions and memories of Beijingers under the artist's brush. At the same time, the exhibition will also show how the artist repeatedly experimented with the same painting theme and the same perspective over multiple periods to renew himself. The images of each of these paintings are vastly different from each other in terms of color, methodology and tone. 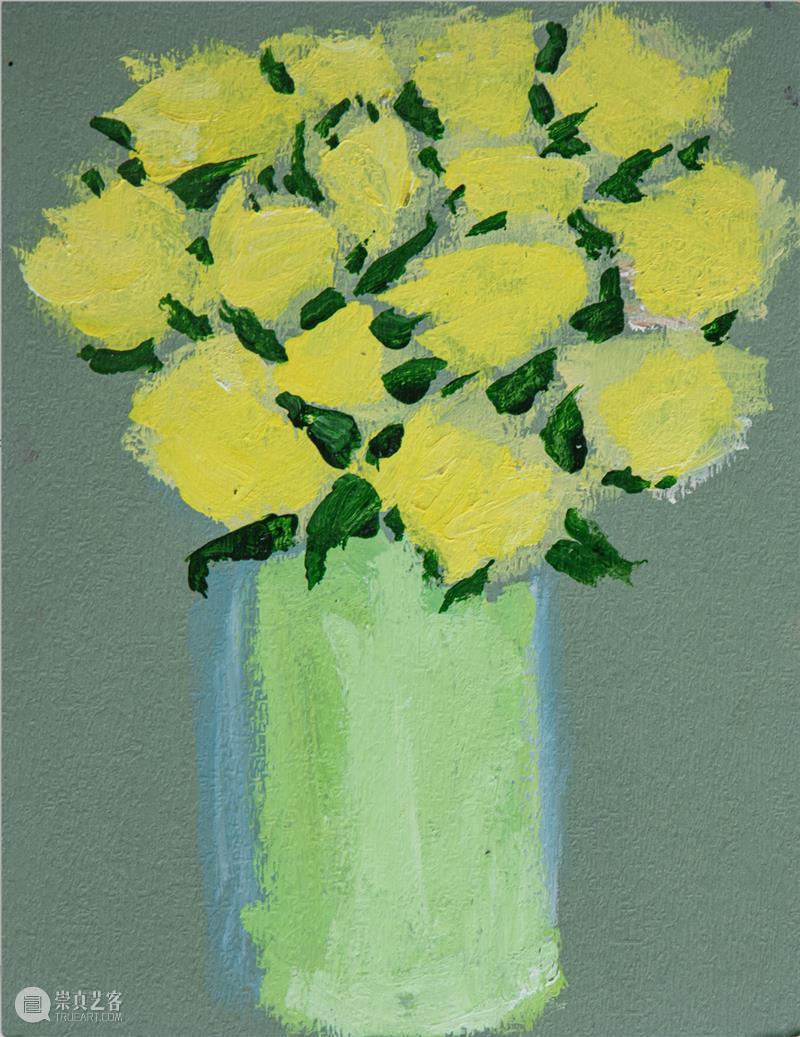 Yang Yushu was born in 1944. When he was little, he was already obsessed with painting and excelled at it. Since he started to paint formally in the summer of 1962 his artistic career has spanned over sixty years and over a thousand paintings were produced. Yet apart from the two public exhibitions with the No Name Group in 1979 and 1981, and the two small-scale group exhibitions in 1984, Yang Yushu have not had many opportunities to exhibit his works. In 2004, he held a joint exhibition with Zhao Wenliang at the National Art Museum of China, which lasted only six days. Only until recent years as people start to re-discover the No Name Group, has a small portion of his paintings been shown to the public. This retrospective is not only the first time that Yang Yushu holds such a comprehensive solo exhibition, but also the first time that most of his works are presented to the audience. The exhibition will be presented in a polyphonic format at the Visual Art Center, AADTHU, and the B517 space of the Painting Department of Academy of Arts & Design, Tsinghua University, in which we will also hold a series of related academic activities during the exhibition.

Usually when people talk about Yang Yushu's work, they either associate him with Zhao Wenliang, his mentor and close friend, or discuss and exhibit his works together with other members of the No Name Group, which tends to focus on the special existence of this temporary group in that historical space. Such discussions often stop at the artist group's thematic difference with the mainstream and seldom pay attention to the trajectories and situations of the group's individual artists after the societal pressures of that historical period retreated. Their artworks are not just the special products of a special era, but also the results of interactions and dialogues between their cherished free spirit, independent personality, and the ever-changing pressures from the outside. This is a historical legacy we have not yet fully comprehended. For this reason, there is an absolute need to develop a more sophisticated narrative structure for art history. In such a vision, a comprehensive exhibition focusing on Yang Yushu as an individual artist provides an insightful perspective that will enhance our understanding of his career, as well as the historical process of Chinese contemporary art since 1949. 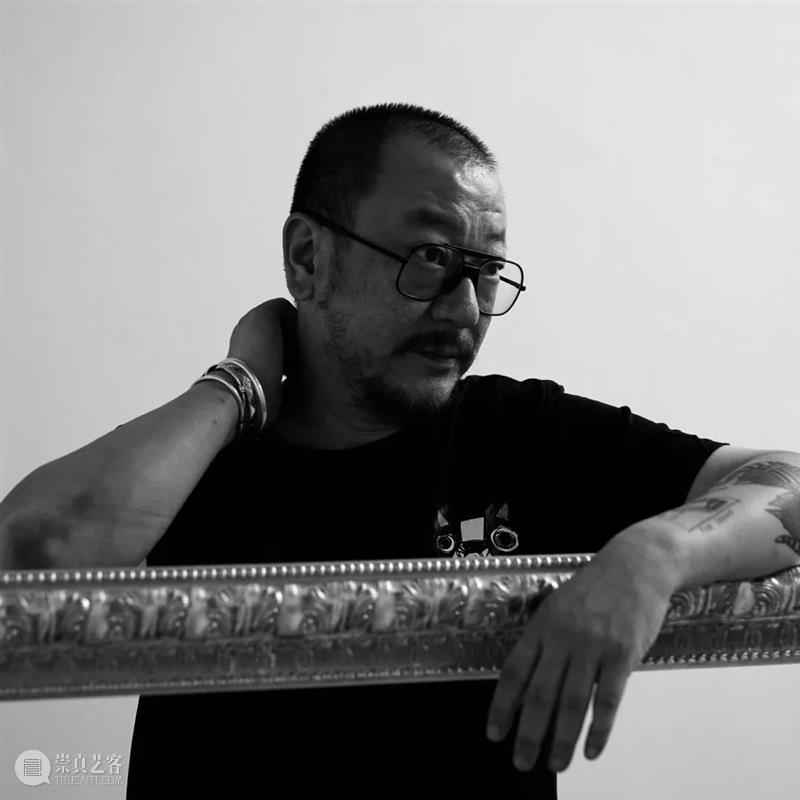 As an amateur curator wandering in the edge of the system, Feng Xi has his awareness and practice that differs from mainstream curatorial thoughts and methods. He is adept at re-deconstructing the physical properties of space to transform a new exhibition language between space and artworks. He tries to weave it into the exhibition context to reshape the realistic relation and tries to master the understanding and output of the contextual relationship between exhibitions, which makes exhibitions independent of aesthetic exhibition logic and broadens the access to understanding exhibition language and presentation. Meanwhile, as a practitioner of independent art spaces, he has worked as the artistic director of DRC No.12 Space, the director of The Bunker, and the exhibition director of Garage Experimental Space. He is now an artistic director of the One Way Art Gallery, Chen Gallery and the Huaigulin Contemporary Art Center. He is also an academic committee member and researcher of Beijing Inside-Out Art Foundation Zhao Wenliang & Yang Yushu Art Center. In addition, he joined the practicing group Jiejue Community in 2017 and became one of the three group members with the identity and thinking of being both a curator and an artist, using exhibition as a method of creation and practice. 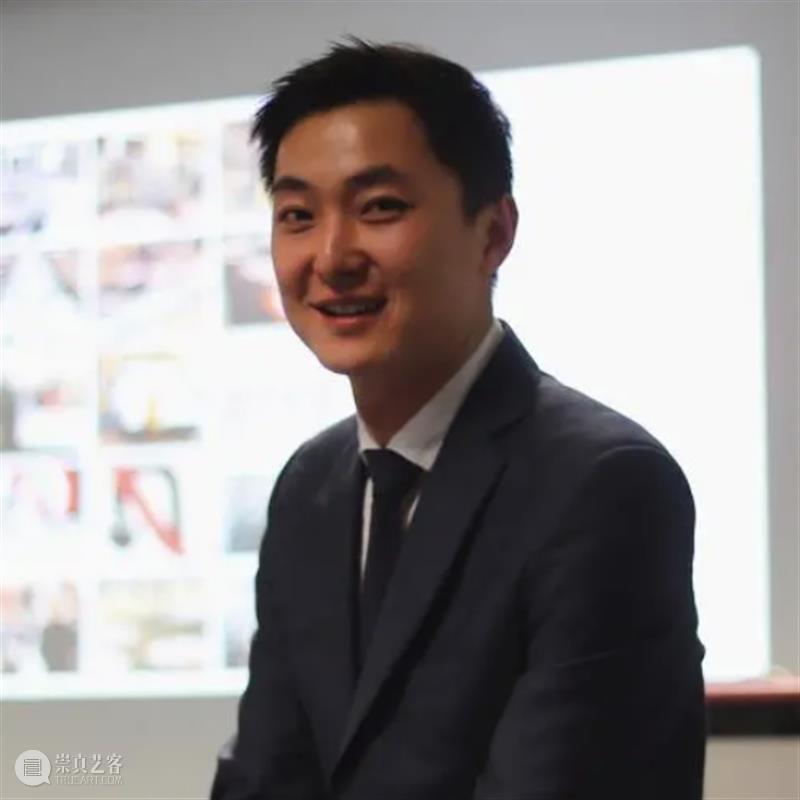 Artist, Associate Professor of Art, Deputy Chair of Dept. of Painting, Academy of Arts & Design, Tsinghua University. He is the visiting professor the Department of Art, University at Buffalo, SUNY.

Eric Fan Feng is a Ph.D. in art history, Associate Professor of art and deputy chair of Department of painting in Academy of Arts & Design, Tsinghua University in Beijing. Dr. Feng was trained as a visual artist, who has exhibited work across China, and in the U.S. and Japan. Dr. Feng’s work is in several public collections, and he has produced a number of public art commissions around China. In 2015, he was awarded the "East Asia Fellowship" by ARIAH (The Association of Research Institutes in Art History). He was a visiting fellow at Archive of American Art, Smithsonian Institute in Washington D.C. and Visiting scholar at American Academy at Rome in 2017.