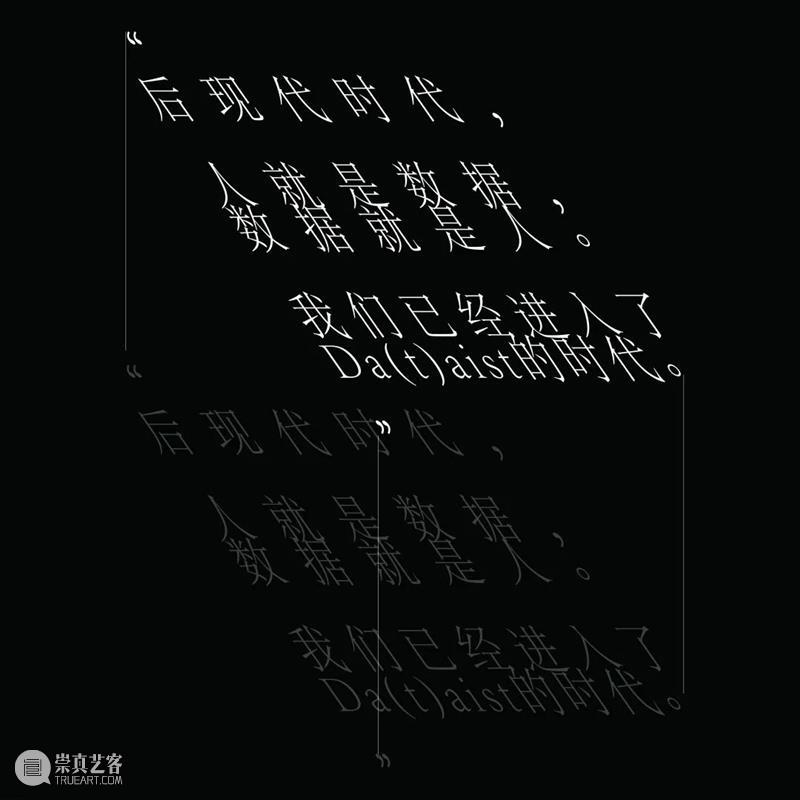 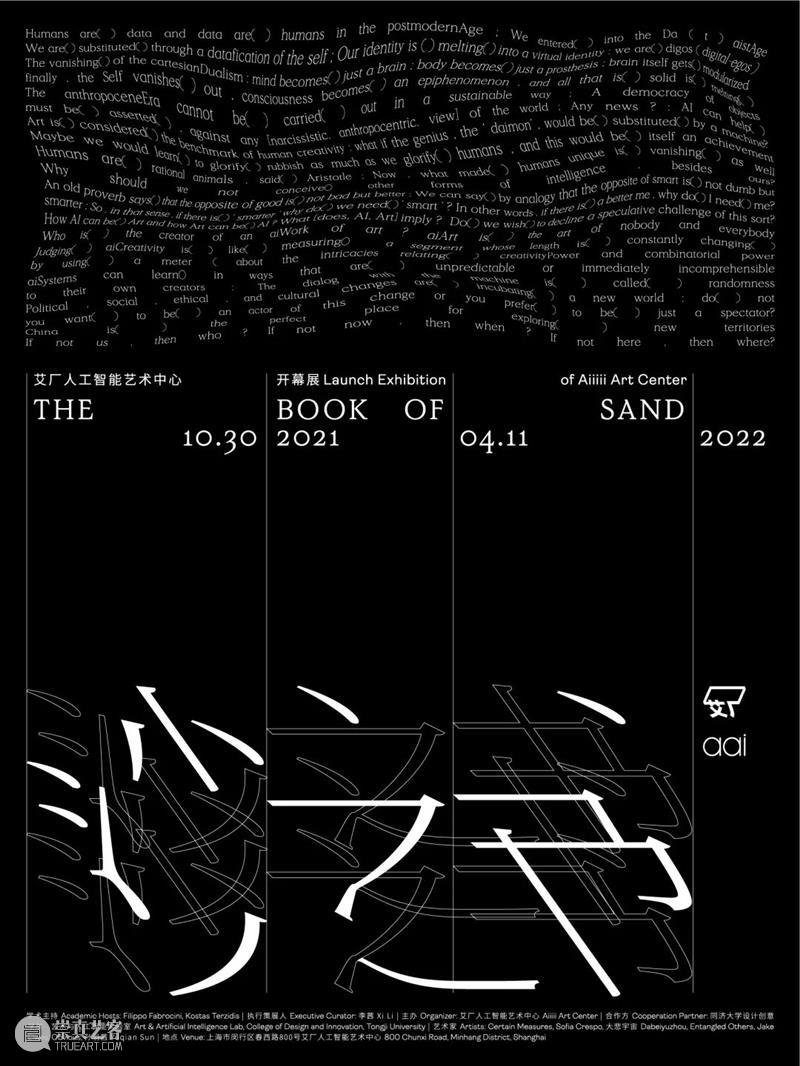 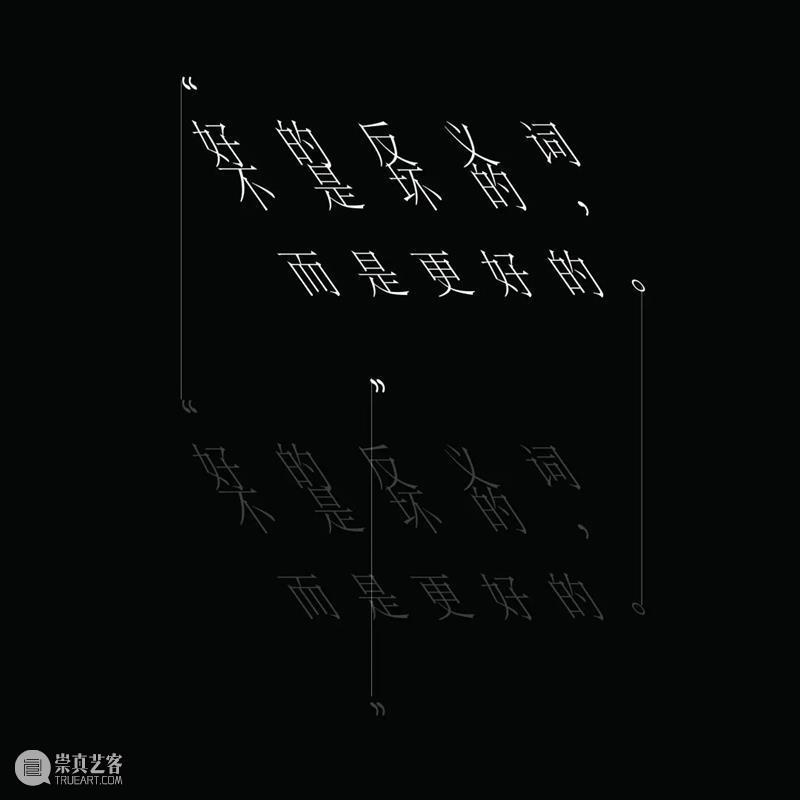 Art & Artificial Intelligence Lab, Tongji University College of Design and Innovation and Aiiiii Art Center Center are pleased to present the exhibition "The Book of Sand", opening on October 30, 2021. The exhibition will feature works from Certain Measures, Dabeiyuzhou, Entangled Others, Jake Elwes, Obvious, Sofia Crespo, and Yuqian Sun. The exhibition will run until April 11, 2022.

“The picture of an infinite line came to me, and I drew it: the line went on forever, right up to the edge of the universe. That is how the universe was born.”

The two sentences above are a way to begin our tale, as well as an “imitation game” that might eventually displace personal intellectual enjoyment — we presuppose that the text has been written by a human, but in fact, the first sentence is extracted from “The Book of Sand” written by the Argentine writer Jorge Luis Borges in 1975, whereas the second was generated today by a GPT-2 language model based on the first sentence. In 1950, Alan Turing, who is widely considered to be the father of artificial intelligence, proposed the "imitation game" (i.e., the famous Turing test) in his groundbreaking paper titled “Computing Machinery and Intelligence”. Turing asserted that within 50 years we would be able to program a computer with up to a billion bits of information, mimicking human behavior so accurately that after multiple five-minute testing sessions, more than thirty percent of human interrogators would be unsure whether they were talking to a human or a machine. The machine would then be recognized to have passed the Turing Test and therefore be considered to have an intelligence comparable to that of humans. Today, as we get closer to realizing Turing’s assertion, the question that Turing alluded to in 1950 resonates again: “Can machines think”?

The exhibition starts by employing literary imagination to juxtapose seemingly infinite, random generative art, and Borges' “Book of Sand”, a book that possess neither a beginning or an end, just like sand. A book in which “I”, the subject, can turn the pages but cannot predict the outcome, just as we cannot fully comprehend the operational logic of the “black box” embedded by and into a neural network. Against the joy of possessing the book grows the fear that the book is not really infinite, just as we fear that the infinite productivity of AI will make us its captives, as well as the fear that its “infinite creativity” is simply the outcome of smart permutations of existing human ideas. In “The Book of Sand”, Borges depicts an artificial intelligence-like non-technological medium, a book that could generate anything, that maps the kernel of posthumanism, a posthumanism without technology, where the human subject is finally challenged by “new models of subjectivity” (Katherine Hayles) that emerge from our non-human counterparts. 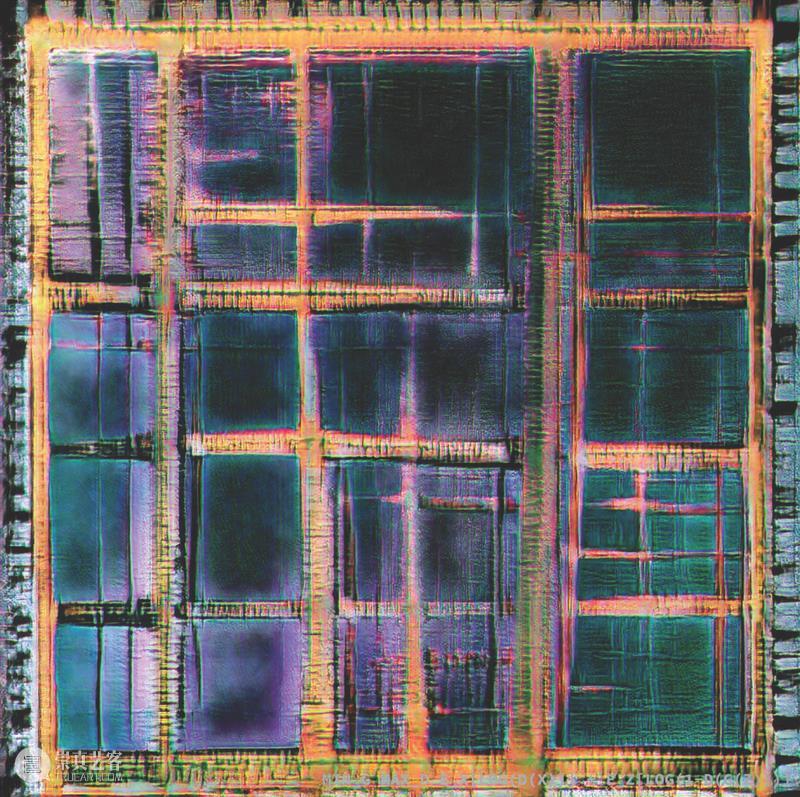 Going back to the question “can machines think?”, Turing proposed that the answer will depend on what a "machine" is and what "thinking" is. Are humans the only beings that are capable of thinking or creating? Do machines have subjectivity? Is subjectivity a requisite for thinking or creating? This appears to be an attempt to subvert and transcend the traditional anthropocentric paradigm correlated to notions such as “genius”, “creativity”, and “autonomy”. Through the ages, human perceptions of “thinking” have been closely associated with intellectual activities that imply an intention, which seems to be measured through the actions regardless of whether they are human-based or not. In this sense, can machines also be considered to have “intention”? Nevertheless, since intention is objectified by humans, a question as “can machines think?” opens a scenario in which the main concern lies in the power mechanism between humans and our non-human counterparts: is the artist in control of the machine, or is the machine in control of the artist?

“The Book of Sand” is an exhibition done by the joint efforts of machines and humans — the output of the machines interferes with human curatorial and artistic practices as soon asx we employ machine translation and language models.The exhibition hopes to build a poetic imaginary space through an enigmatic and fleeting constellation of AI artworks. As soon as the audience enters Aiiiii Art Center, a former power plant, they instantly become variables destined to influence the output through their interaction with the exhibition space. Centering around the non-anthropocentric idea of the “democracy of objects" (Levi Bryant), in which rubbish is as important as human beings, the artists will show a variety of artworks generated using different AI techniques, with the goal of exhibiting contemporary changes in the means of artistic production, as well as opening up a debate about issues related to the ethical, social, and philosophical implications of artificial intelligence. Meanwhile, we hope that through the displacement of notions such as “autonomy” and “creativity”, through the incarnation of the creator into the artificial, and through the disintegration of human subjectivity itself, our audience will come to ponder the true expanse of “thinking” and “intelligence”, and also be able grasp the very meaning of “creation” as conveyed by the insights of a non-human creator.

...between 0 and 1 lies an infinite number of values, images a finite number of pixels... No, this concept of machine language is definitely not the best way to begin the tale. 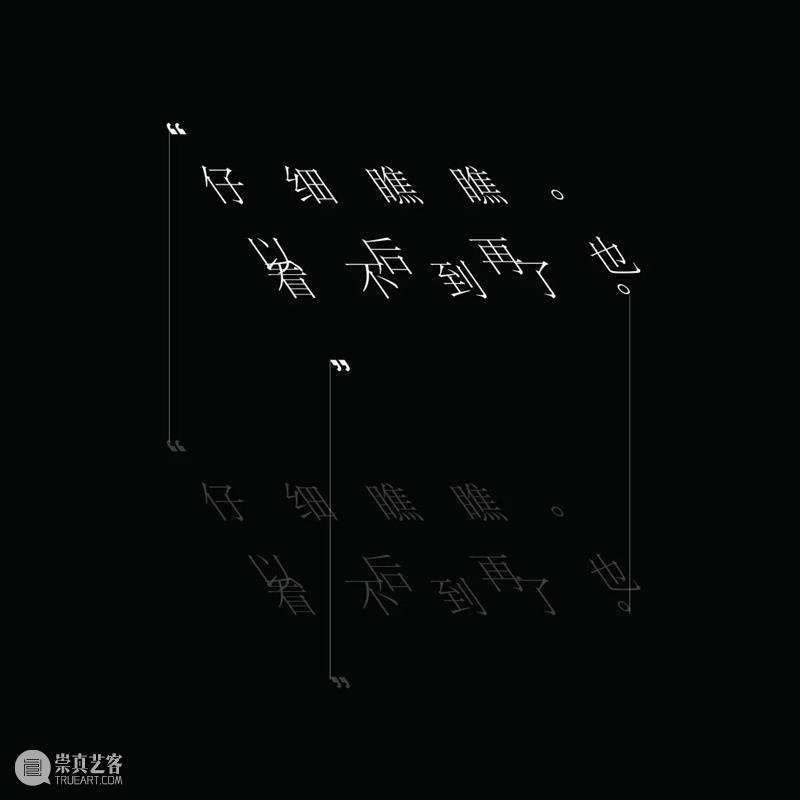 As the lines blur between human and machine intelligence, a fertile creative space opens where digital forces contend with perceptual and physical space. Certain Measures is a creative collective that imagines futures shaped by these multivalent and turbulent issues. Founded by Andrew Witt and Tobias Nolte, Certain Measures draws omnivorously on a diverse range of visual techniques, scientific ideas, and fabricated assemblages to build in the space between human and machine, nature and technology. Using bespoke software, machine intelligence, and intricate geometries as their media, their creative investigations take the form of architectural and sculptural installations, video and immersive experiences, and diverse provocations that imagine the digital processing of physical reality.

Sofia Crespo is an artist working with a huge interest in biology-inspired technologies. One of her main focuses is the way organic life uses artificial mechanisms to simulate itself and evolve, this implying the idea that technologies are a biased product of the organic life that created them and not a completely separated object.

Crespo looks at the similarities between techniques of AI image formation, and the way that humans express themselves creatively and cognitively recognize their world. Her work brings into question the potential of AI in artistic practice and its ability to reshape our understandings of creativity. On the other side, she is also hugely concerned with the dynamic change in the role of the artists working with machine learning techniques.

Dabeiyuzhou explores the interaction between human consciousness and cutting-edge technology, establishing a system of human-machine synergy to process information through data collection, algorithm generation, and artists’ intervention. In his works, algorithms blend natural and virtual reality, summoning future possibilities into the present time and space.

Dabeiyuzhou first encountered 3D art in Next-Gen gameplay in 2010, which had inspired his early digital 3D series “For Future” (2015). He subsequently explored and integrated generative adversarial networks (GANs) into his ongoing project “Virtual Butterfly”, which  had began in 2019. His other works include “Gibberish Poems” (2017) and “Text Gene Project” (2019), with the latter having constructed a vast text database through a unique codification method.

His works has been shown in Beijing, Shanghai, Shenzhen, and Xiamen through exhibitions hosted by Power Station of Art and MODERN SKY, he has also collaborated with leading fashion brands such as NIKE and Burberry.

Entanglement is a complex state one where no single entity can be said to be separate, or somehow unaffected, by any other present entangled, we cannot consider ourselves without others, act without interacting, speak without being heard.

It is a multitude of you, and others, equally present and alive, together.The rich substrate of the uncanny, eerie spaces between us and the non-human world cannot remain as an aesthetic space, our world cannot bear this self-imposed distance and denial of our inter-twined state of us and others.

Becoming Entangled Others is about moving further into an entanglement with the more-than-human world of us & others. A world where diversity and inter-connectedness are nurtured and engaged.

Jake Elwes is a media artist living and working in London. He studied at The Slade School of Fine Art, UCL (2013-17). Recent works explore his research into machine learning and artificial intelligence. His practice looks for poetry and narrative in the success and failures of these systems, while also investigating and questioning the code and ethics behind them. His current works in the Zizi Project explore AI bias by queering datasets with drag performers. They simultaneously demystify and subvert AI systems. 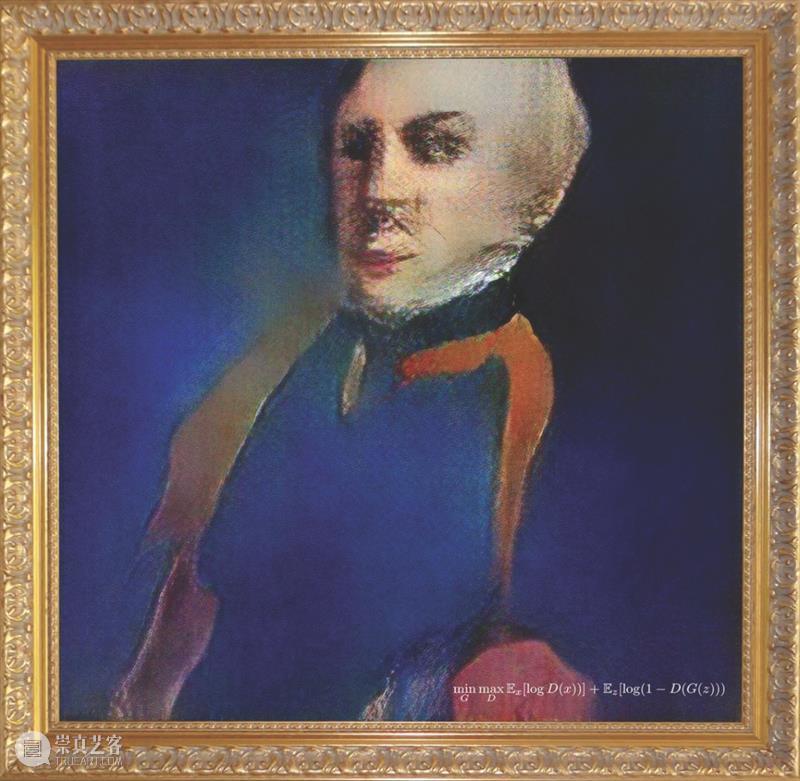 Yuqian Sun is a computational artist who graduated from Academy of Arts & Design, Tsinghua University, and Goldsmiths, University of London. She is currently a doctoral student at Royal College of Art. She is also one of the Baidu PaddlePaddle Developers Experts (PPDE).

Sun’s creative works are actuated by the curiosity over the conversations between humans and virtual beings in the video games. Her art projects center on AI chatbots in exploring the narrative and intimate relationship in human-AI interaction.

Her works and researches have been presented at galleries and conferences including ALIFE 2020 (The 2020 Conference on Artificial Life), Boris Yeltsin Presidential Center Media Façade, 2021 Asia Digital Art Exhibition, 7th ACM Celebration of Women in Computing, and Spring 2021 Poly Auctions, Beijing. 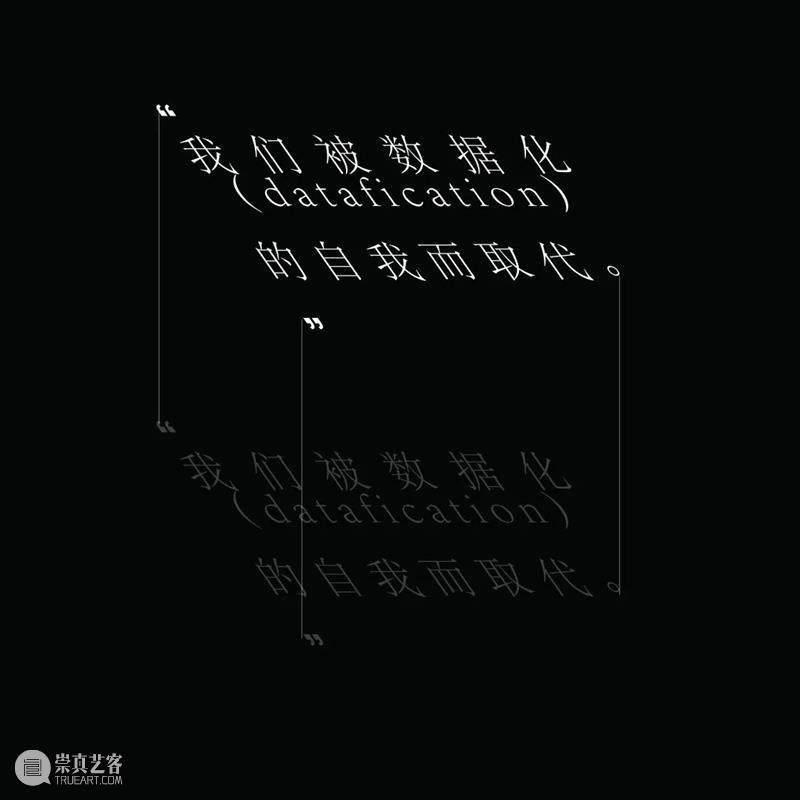 Kostas Terzidis is professor at D&I at Tongji University and director of the ShangXiang Lab. He was previously associate professor at Harvard University GSD (2003-2011) and assistant professor at the UCLA (1995-2003). He holds a PhD from the University of Michigan, Masters from OSU, and diploma from Aristotle University. His research is automated design and AI. He is author of numerous academic papers and the sole author of four books: Permutation Design (Routledge: 2014), Algorithms for Visual Design (Wiley: 2009), Algorithmic Architecture (Architectural Press: 2006), and Expressive Form (Spon:2003). Between 2011-2017 he created and ran a startup called Organic Parking, Inc.

Filippo Fabrocini is Professor in the College of Design & Innovation and Director of the “Sustainable AI Lab”. His main areas of interest are Machine Learning and Ethical AI. Previously he has been Senior Researcher at IBM Research (Rome, Italy/San Jose, USA), Visiting Researcher in the School of Computer Science at Carnegie Mellon University (Pittsburgh, USA), Professor in the Dep. of Philosophy at Gregorian University, and General Manager of the IBM Milan/Rome Business Innovation Center (IBM BIC). Prof. Fabrocini has won multiple awards including two IBM Outstanding Technology Awards. He is the author of more than 30 papers and three books. 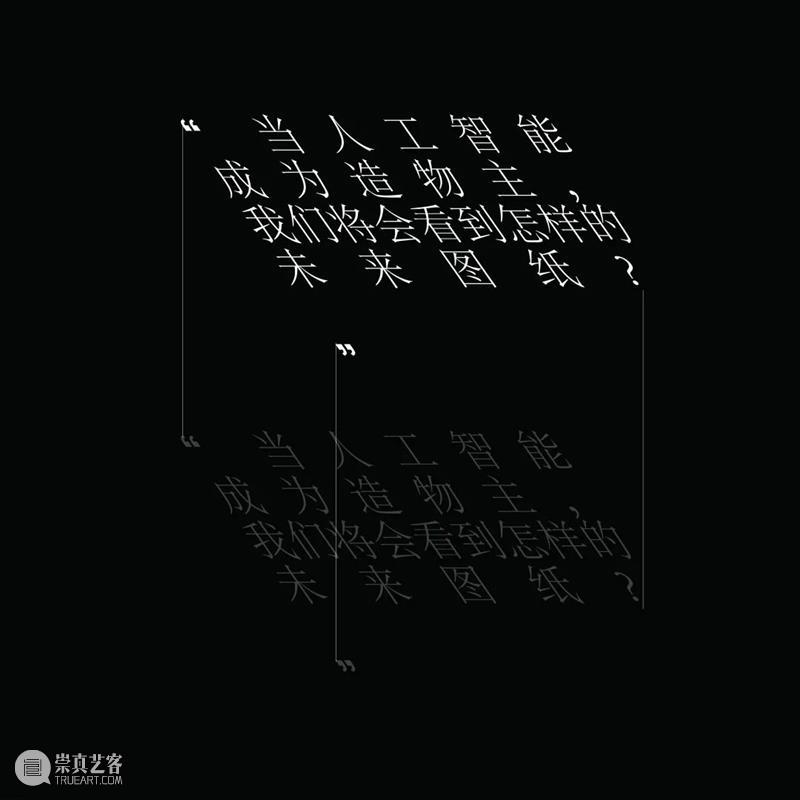 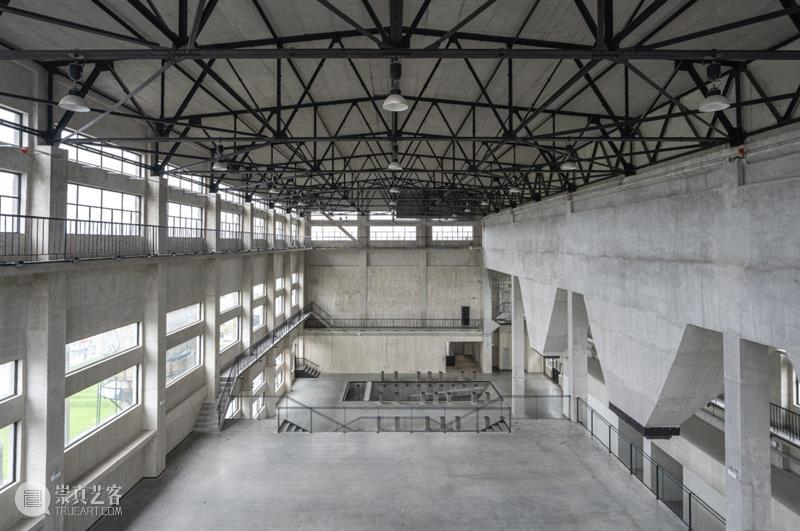 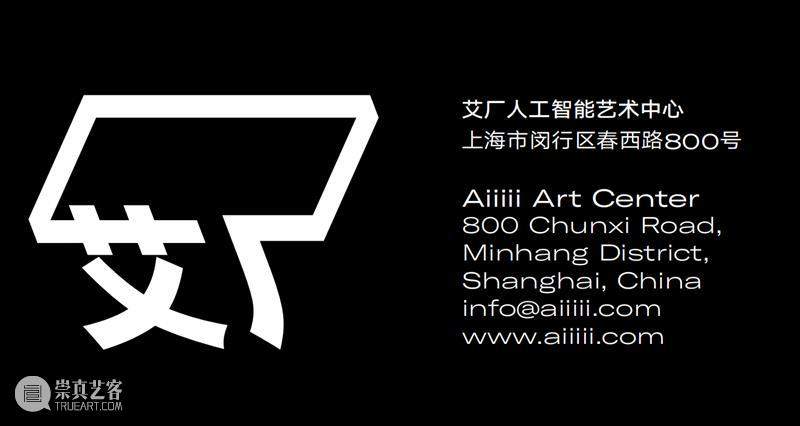 Aiiiii Art Center (Est. 2021) is an artificial intelligence art institution based in Shanghai. The organisation seeks to support, promote, as well as incubate both international and domestic artists and projects related to intelligent algorithms. Aiiiii Art Center is committed to becoming a pioneer of artificial intelligence through the discovering of exciting possibilities afforded by the intersections of creativity and technology.

Aiiiii Art Center aims to offer insight into the many challenges, practices, and creative modes of artificial intelligence based art. Such aims will be achieved through academic conferences and published research efforts conducted either independently or in collaboration with domestic and international institutions and organisations. This organisation will also actively promote and showcase the exploratory uses of artificial intelligence based art in practice.

The Art and Artificial Intelligence Lab (Est. 2021) is an affiliation of Tongji University’s College of Design and Innovation. The Lab is committed to conducting research within a broad range of where the arts meets artificial intelligence (AI) based technologies. The aim is to establish and discover possibilities of innovative advanced technologies in the domain of creative practice. The Lab is an expanding platform currently supported by a number of artists, scientists, and technicians working towards a joint effort of accelerating advancement in relevant fields of industry, research and education.