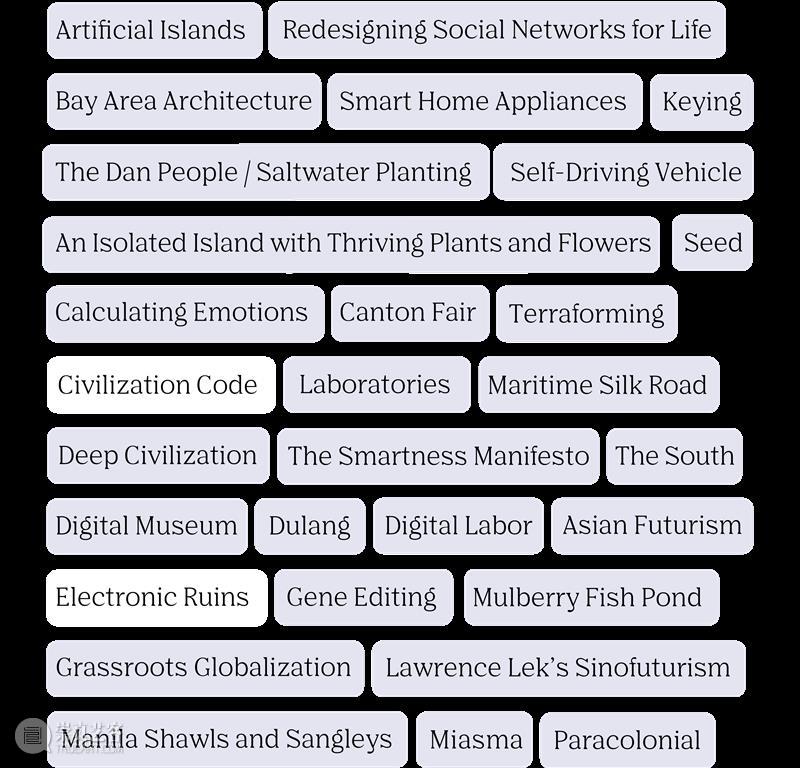 Every defective electronic device, every forgotten or abandoned account in the corners of the cloud and local servers where indexing fails, is a patch of electronic ruins existing in a quantum state. You would barely notice its existence unless you dove through it with incredible skill; only then would its co-temporal lyricism and beauty shine through. These data ghosts, labeled "useless," do not cease to exist but rather wait for reincarnation in an immeasurably virtual netherworld. Their existence depends on the speed of degradation of the stored natural materials or their robustness in the face of the many disasters caused by the Anthropocene. Their lifespan exceeds the physiological lifespan of the human species. These electronic ruins are preserved in the form of the remains or the excesses of human civilization. The Hawking radiation triggered by a near-Earth miniature black hole swallowing matter plays the role of an awakener; those neutrino storms penetrate the Earth's crust and mantle, activating the resonance of the residual storage medium with an incomprehensible, complex spatio-temporal order so that new life is born in the decentralized electronic ruins. The trivial human memories of past lives are reorganized into a magnificent creation myth, in which the human becomes the object, while data is the subject of God's creation and annihilation.

An alien probe scans the surfaces of planets as it travels through the solar system. It discovers a third planet, which has begun applying a technology called "civilization code," marked as "highly dangerous" in the interstellar archives. The risk lies not only in the fact that the degree of "civilization" (as defined in GGI's Galaxy General Idea Database; Articles 3, 14, 39, and 126) should depend on the dynamic space-time and cultural context but also in externalizing the criteria for judging it by technical means would lead to confusion in the feedback loop of individual and collective behavior. Institutions that have the power of judgement can change the scoring standards at any time and infinitely upgrade the scope, granularity, and frequency of data sampling. The result would be that individuals would have to devote their entire physical and mental lives to endlessly adapting and disciplining themselves to external standards to obtain the various social rights that only a "civilized" person of a different rank can legitimately enjoy. This will lead to a holistic implosion of civilization (defined here in the GGI database in articles 1, 2, 38-56, 89 et seq.). The next scan will take place in 23 Earth years, at which time the interstellar civilization will be rated depending on the condition of the planet. External intervention may be mandatory if it does not meet the criteria, up to Level III population extinction.

Chen Qiufan (a.k.a. Stanley Chan) is an award-winning Chinese speculative fiction author，translator, creative producer, and curator. He is honorary president of the Chinese Science Fiction Writers Association, and has a seat on the Xprize Foundation Science Fiction Advisory Council. His works include the novel Waste Tide and, co-authored with Kai-Fu Lee, the book AI 2041: Ten Visions for Our Future. He currently lives in Shanghai and is the founder of Thema Mundi Studio.