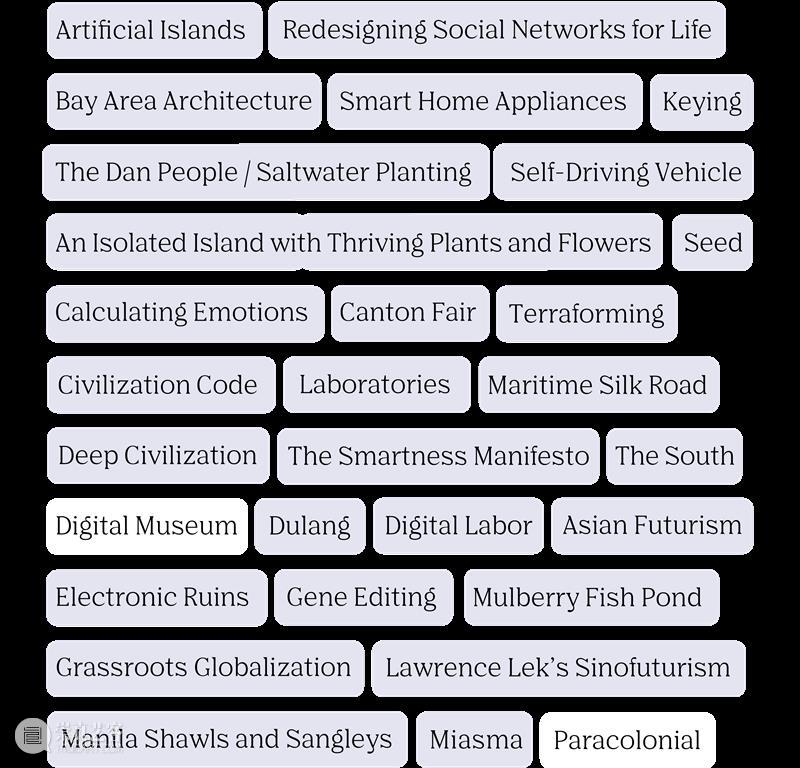 The paracolonial refers to any fluid, indeterminate relationship of domination and expropriation. These phenomena are particularly closely related to the processes of digitization and democratization. In the history of display and politics, museums are firstly one of the important symbols of democratization, which have changed significantly in the digital era. In their current stage of development, digital museums generally digitize the museum's existing spaces and functions and expand their reach with online communities. Here, digitization is simply a tool of simulation. Museum "spaces" have never been built entirely digitally because the meaning and potential of digital technology has been formed and even generated within the contexts of rapid industrialization and "smart" lifestyles. Because it is oriented toward news and communities, it plays a role in society and politics. What the digital transforms and creates is primarily an immersive virtual hologram site, or an embedded site that is both simulated and virtual. Different kinds of sites can produce new consciousness and new communities. In this sense, if we see the digital museum as the generation of an all-new site, it is certainly an ecosystem in which the paracolonial and dis-colonial are presented and simulated and are able to struggle against each other. When we engage with digital museums through the relationships among art, artists, works of art, curatorship, art workers, and museums—namely, the flows of goods, people, information, capital, technology, consciousness, and power—the museum is revealed as a site of cosmotechnics. In engaging with digital construction and generation, we can offer corresponding dis-colonization proposals for the various paracolonialisms derived from this "fluid" site. (For more, see "Paracolonial" ).

First and foremost, the paracolonial marks the consciousness shift from the "colonial" (or post-colonial) to "coloniality." Following the democracy movements of the twentieth century, the controlling relationships of "colon-," to a certain extent, transcended the economic and political domination of nations or ethnicities, or the cultural domination discussed in late-twentieth-century post-colonial theory. However, those relationships cannot explain and confront the context of twenty-first-century globalization, with the conflicts that have appeared around the world and the tighter yet more mobile control of money and power.

The paracolonial refers to the relationships governing money and power (namely, coloniality) in the context of democratization and global flows, including certain relationships of control that are derived from the ethical order determined by symbolic frameworks, or relationships of secondary coloniality that hide beneath the controlling relationships. In the minute connections woven into various relationships, these accompanying or latent money-power relationships have come to play a notable role in democratic societies, even creating visible tensions that may be difficult to explain using past concepts of the colonial or post-colonial.

Thus, the paracolonial is a description of relationships governing money and power colored by ideas about ecosystems and cybernetics. "Colon-" is really not a negative quality or action in an ethical sense; it is a dynamic biological phenomenon in organisms and ecosystems. The imbalanced state that results from this dynamic life has created all kinds of oppression and expropriation in human social networks. When humans look at society, institutions, biospheres, and even the Earth, they confront these extremely complex and diverse relationships governing money and power—paracolonial relationship networks. Faced with this plural coloniality, we must create negotiated and buffered spaces in order to dissolve the oppression of coloniality. This is a process of dis-colonization, rather than de-colonization 1 .