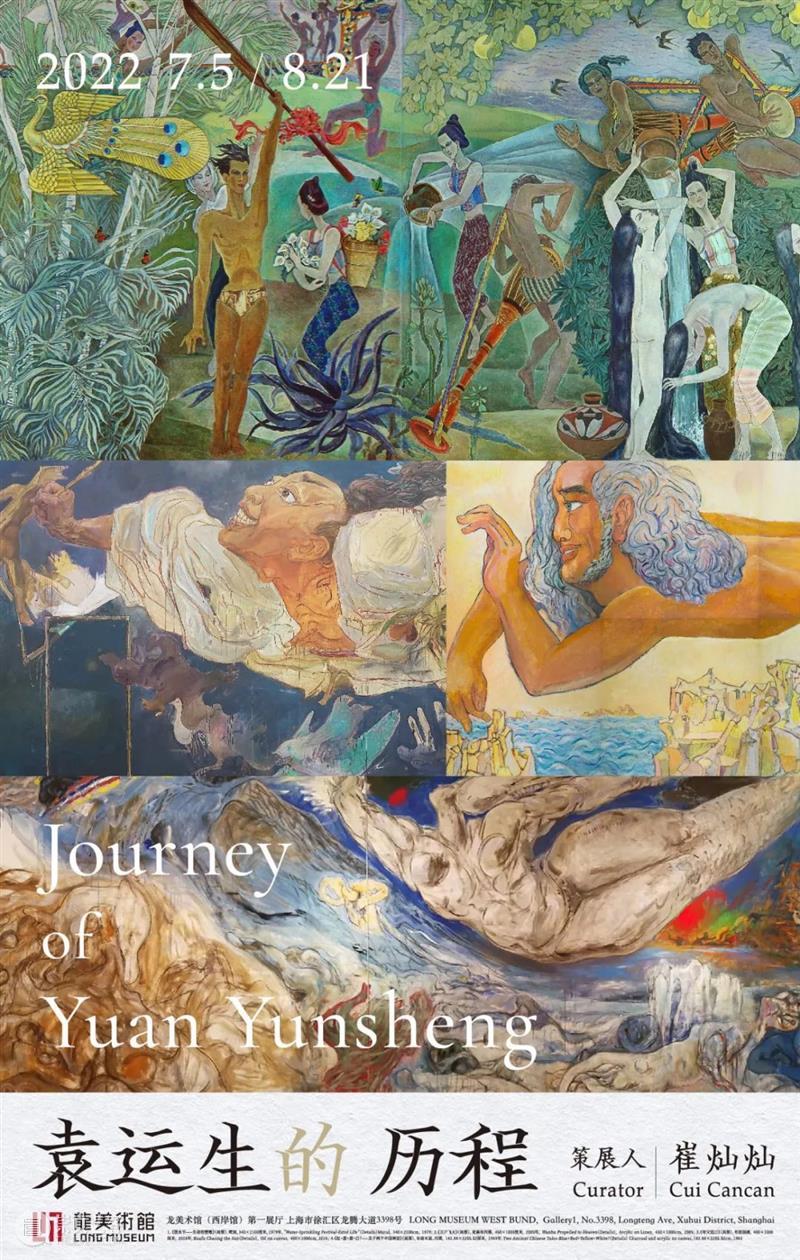 From July 5th till August 21st, 2022, Long Museum West Bund will be showing Yuan Yunsheng's largest retrospective exhibition, "Journey of Yuan Yunsheng". Curated by Cui Cancan. Exhibited works run through Yuan Yunsheng's art career from the 1950s to the present, in the span of 70 years. More than 200 works and archival documents in the exhibition make up the art world of Yuan Yunsheng, a way to his magnificent artistic creation, representing Yuan's significant contribution and outstanding talent to the transformation of Chinese art in the second half of the 20th century.

In the recent 50 years of Chinese history, no artwork is as sensational as Yuan’s Water Sprinkling Festival - Hymn of Life, which proves that art history as a part of history as well as the barometer in historic development, heralding the coming of a great revolution.

Yuan Yunsheng, Water Sprinkling Festival - Hymn of Life, 340×2100cm, 1979. Original Work is a mural at Beijing International Airport, here in this exhibition is a reproduction of it. 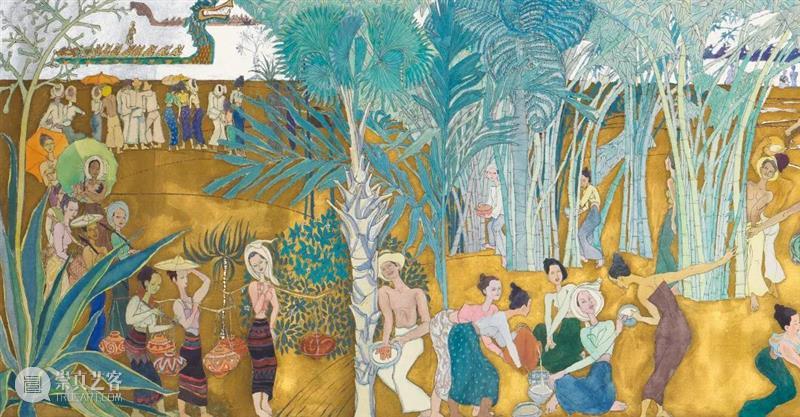 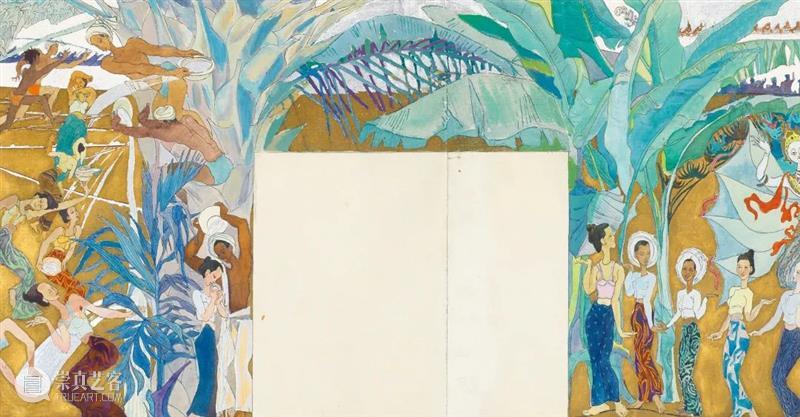 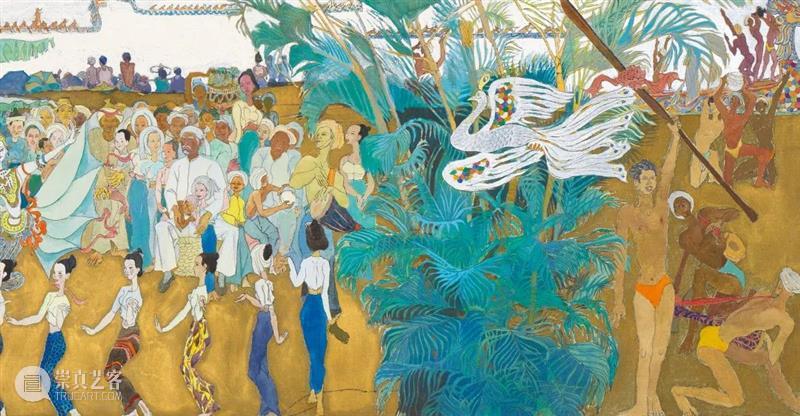 The exhibition starts from this event that reflects Yuan’s artistic language and spiritual world in mural creation. Yuan Yunsheng drew inspiration and strength from individual life, Western art, and Chinese tradition, and created tales of legends surrounding art and nation for the revival of the Chinese mural movement. As a large-scale public art, the symbolistic relationship between murals and the Sistine Chapel, and the energy stimulated by each other, has also become the axis and center of the entire exhibition. Classical beliefs and modern spirits created the best metaphor in the dome space of contemporary art museum. 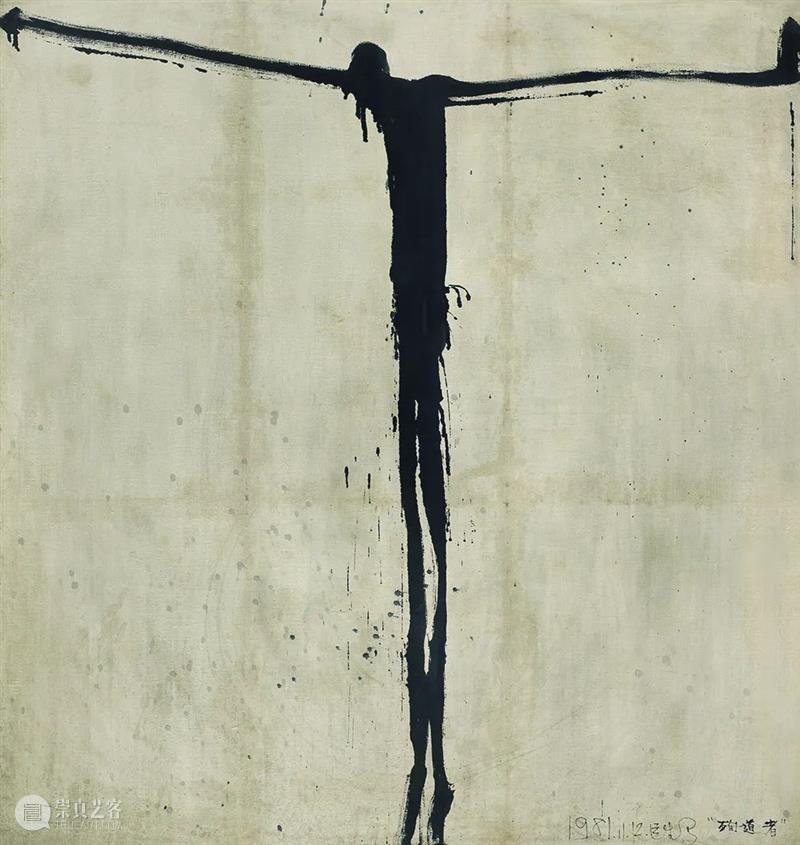 Yuan Yunsheng, Scholar in Contemplation with Guqin, Arcylic on Linen, 450×1000cm, 2005. The work is now in City University of Hong Kong, an identical-sized reproduction will be exhibited.

Yuan Yunsheng, Wanhu Propelled to Heaven, Arcylic on Linen, 450×1000cm, 2005. The work is now in City University of Hong Kong, an identical-sized reproduction will be exhibited.

Since the 1950s, Yuan Yunsheng drew inspiration from Modernism and tried to break off from Soviet-style drawings. In 1978, Yuan went on a sketching trip in Yunnan, he depicted the vibrant lifestyle of the Dai people using traditional line drawing. For the first time, “Regional” and “Modernity” have merged, just like the transformation of European Modernism, Picasso and Africa, Gauguin and the tropics, Van Gogh and Ukiyo-e. The mural in the airport became his manifesto to praise for life and freedom, in which he initiated a style of art, a beginning of enlightenment. The media referred to it as “The appearance of women's body on the walls of public places in China, heralds real reform and opening up.” 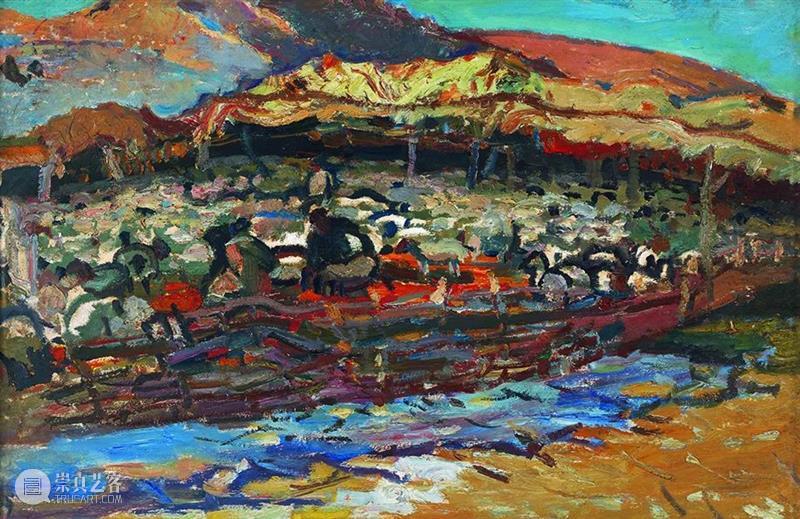 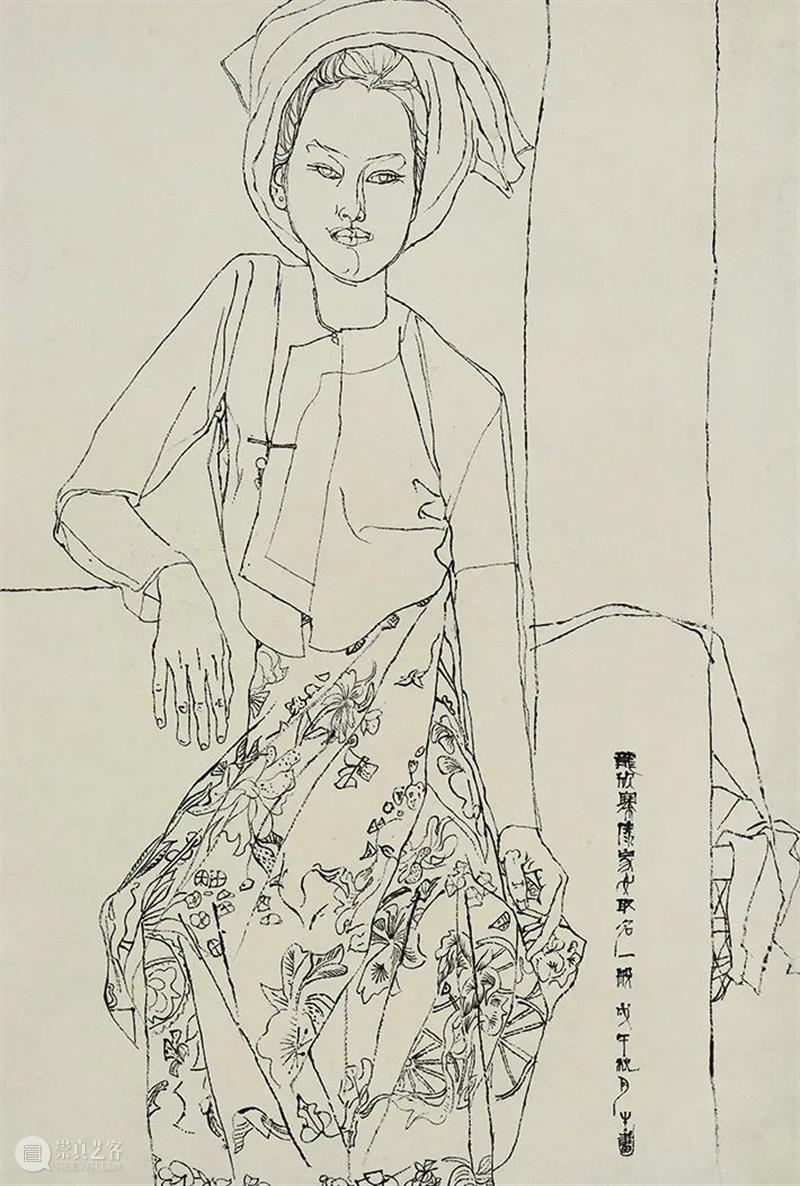 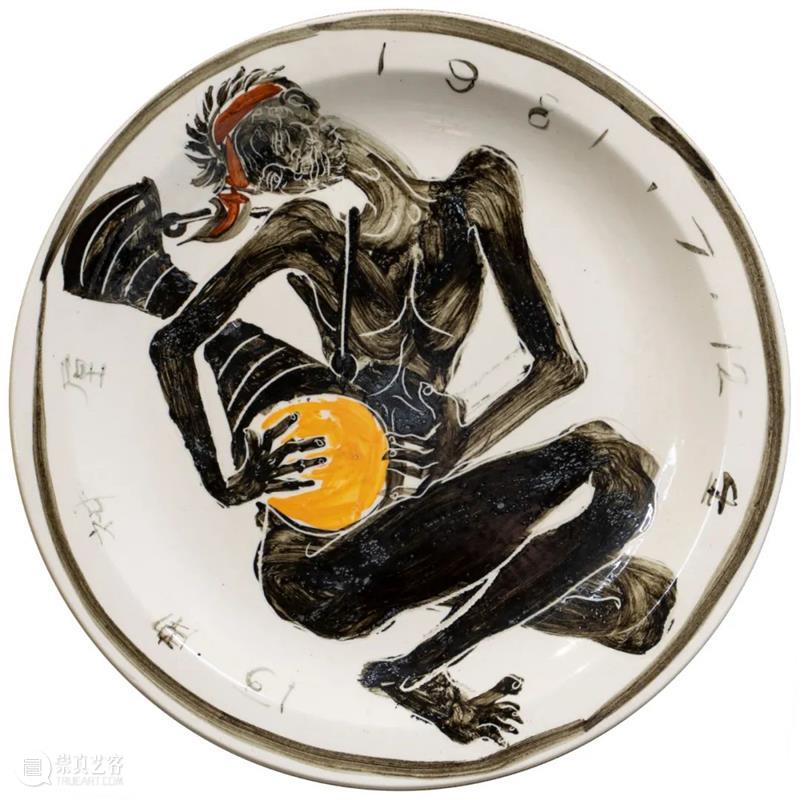 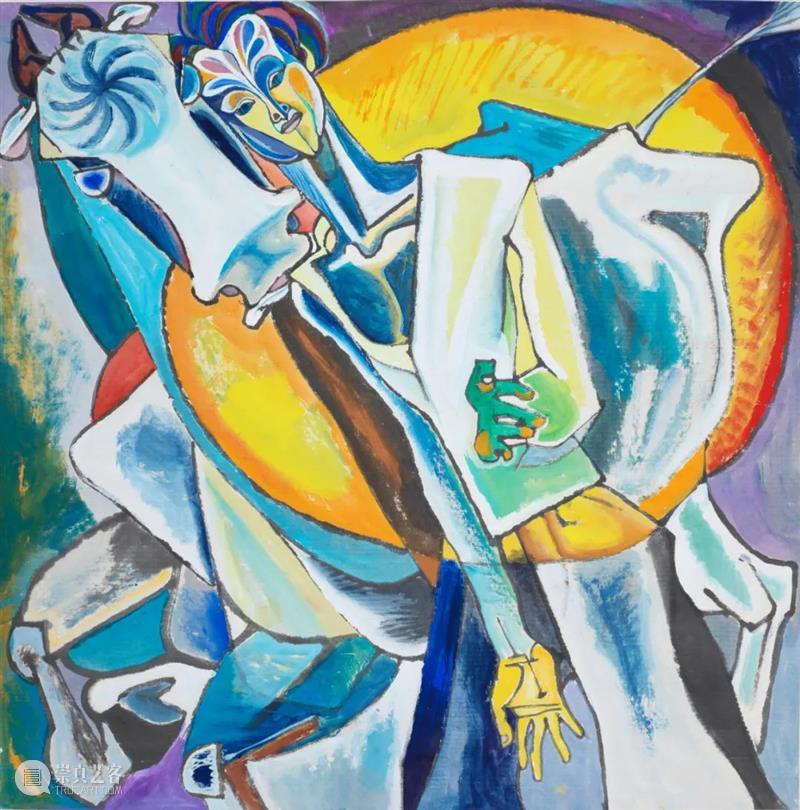 In 1981, Yuan Yunsheng went on a trip to western China for months, dedicated to regaining Dunhuang culture and its traditions. He wrote The Return of the Spirit: Reflections on the Trip to Northwest, which is the aggregation of his thoughts of many years, laying the foundation for his lifetime pursuit. Till then, Yuan Yunsheng continued the path of his mentor Dong Xiwen, and his ideas of “one brush to carry tasks of a thousand-year-old” and “nationalization of oil painting”. A long way lasts one generation after another in our nation unceasingly.

In 1982, Yuan Yunsheng went to the United States, trying to find a middle ground between classical and contemporary, and the opposition between the West and the East. In 1996, Yuan Yunsheng returned to China with a broad background in modern art. He then founded the Chinese Traditional  Plastic Arts Research Center, with ambitions to establish a value system and a renaissance road that belongs to this era. 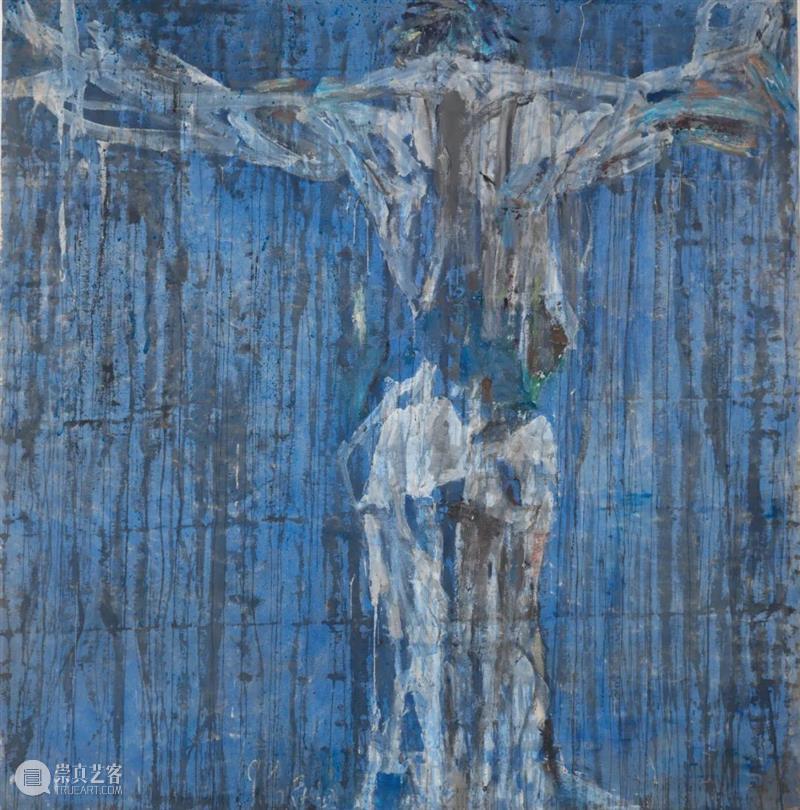 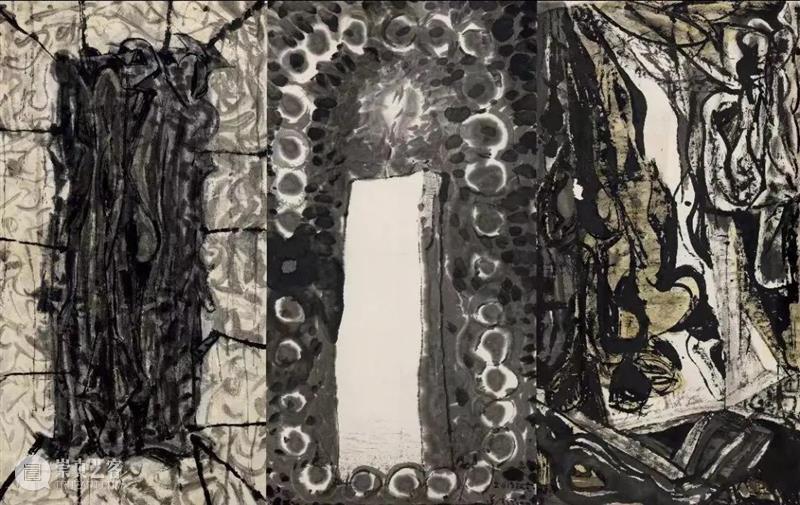 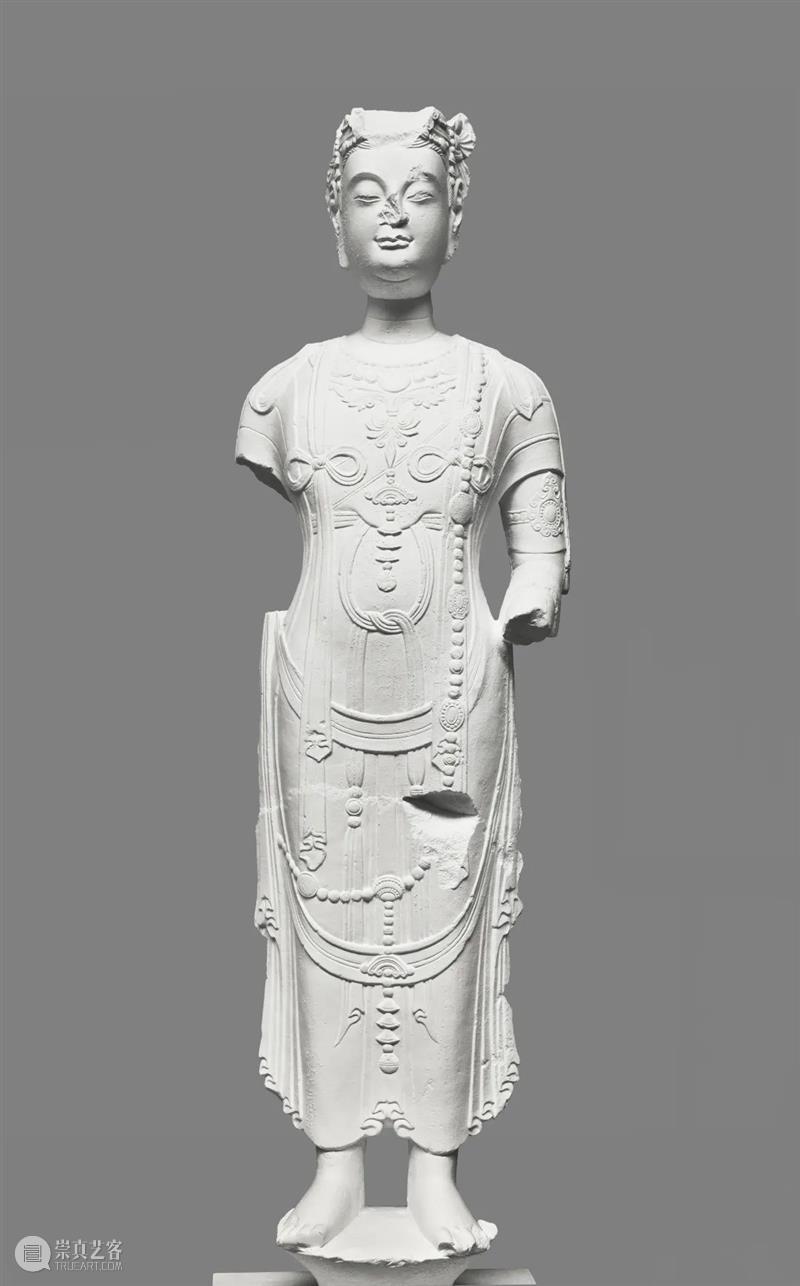 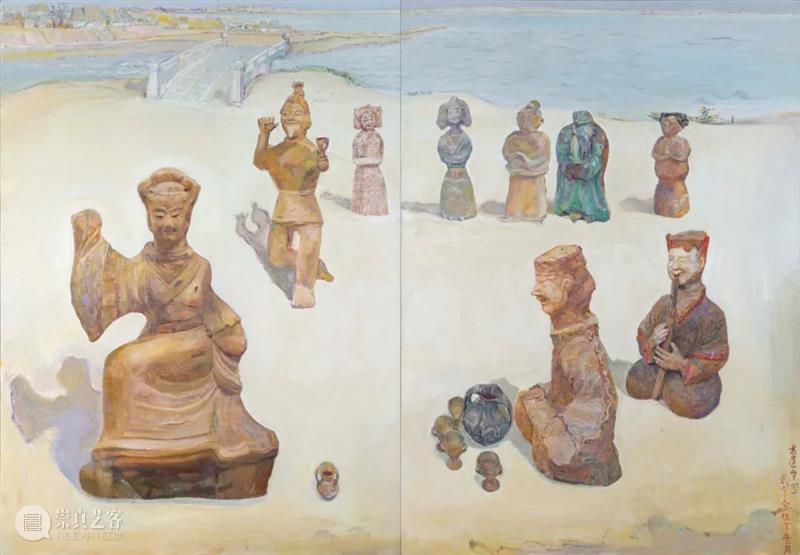 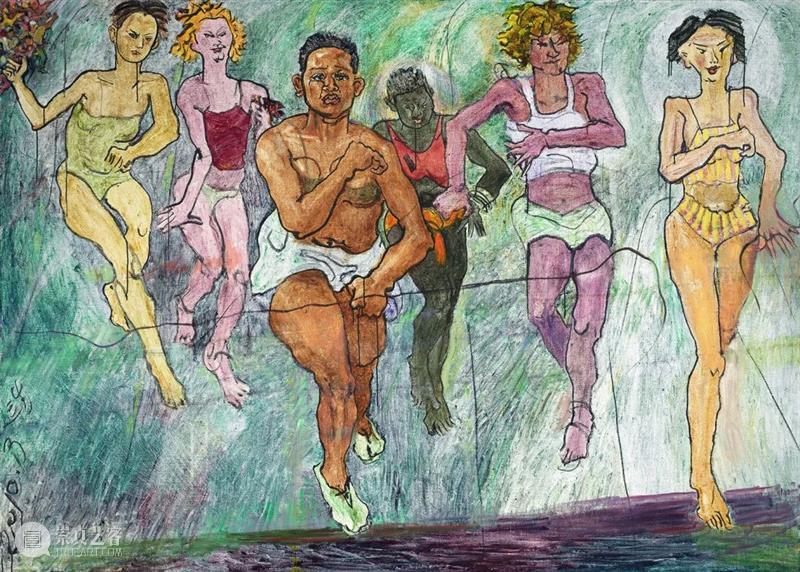 “Back to Dunhuang and Self-portraits” are the finale of the exhibition, and they are the two keys to understanding Yuan’s artistic value and world view, also Yuan’s best spiritual reflection. It links the two lines of Yuan’s journey, one is thinking as a collective and a nation, from the love of traditional line drawing, the self-consciousness of cultural identity, to the return and reconstruction of the art of his origin; one is the individual art journey, a vivid heroic story of life consciousness to liberation with several twists and turns. 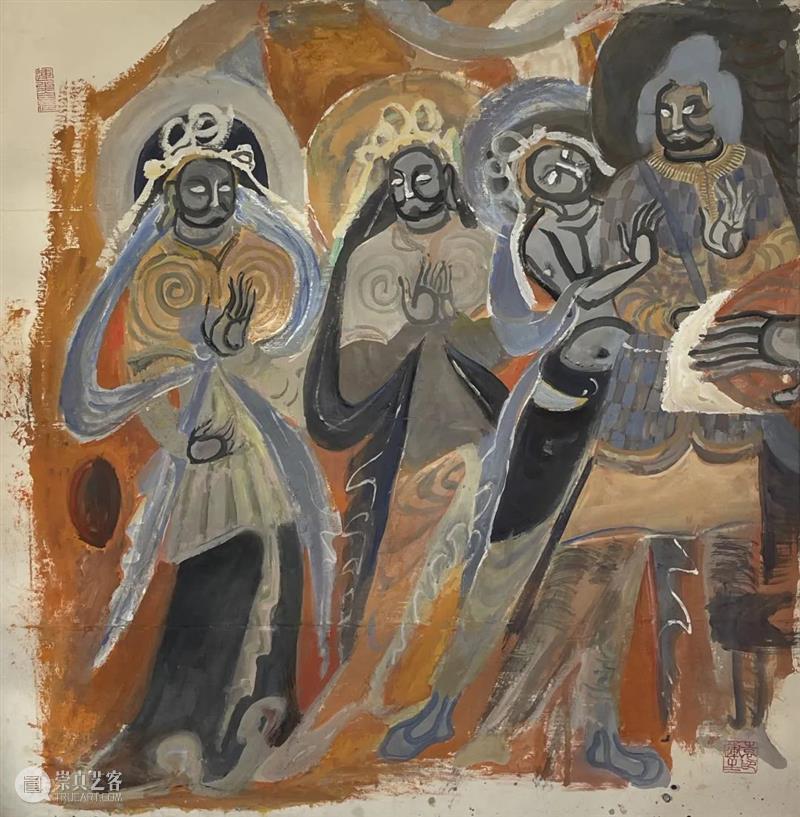 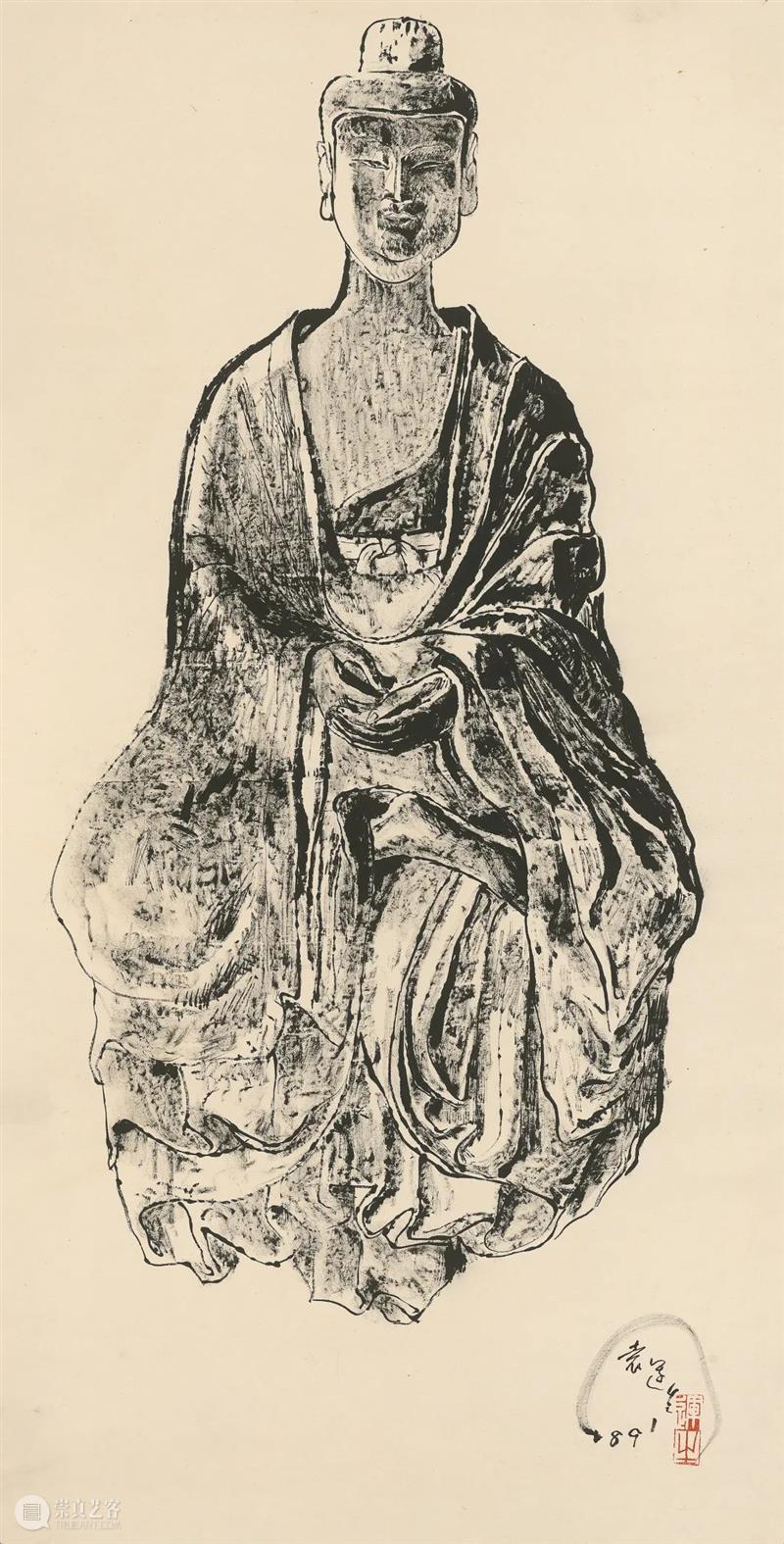 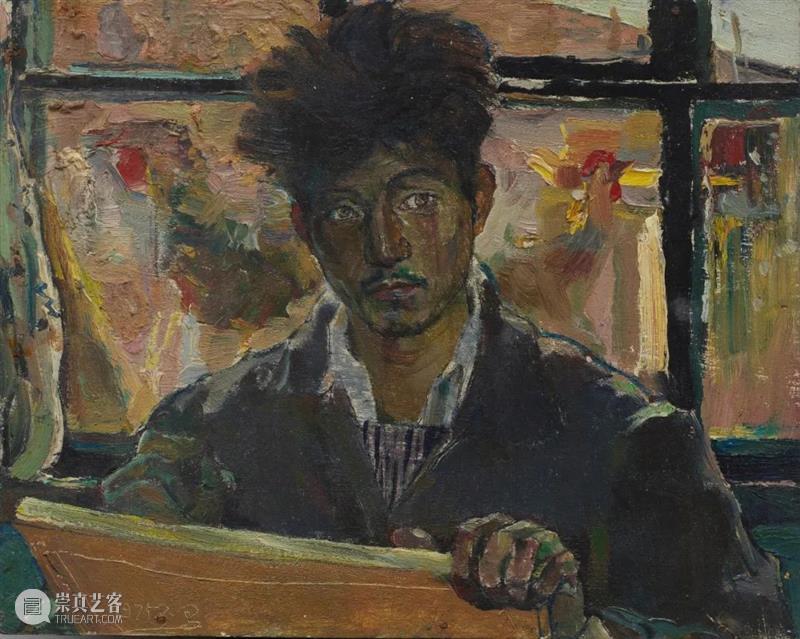 In this long journey, we can see painting, history, and see the changes of individual and paintings under different circumstances. At last, while viewing Yuan Yunsheng's journey, we see the “Family and Nation” and “The Grand Ideal" of this generation, in the collision of Eastern and Western cultures of the past century, in the chasing of "advanced" and "backward" cultures, in the depths of the individuals, the reflections belonging to this era are brewed and completed.

Or rather, this exhibition is not about art, but about a period of turbulent history that is particularly significant to today since the year of 1979. 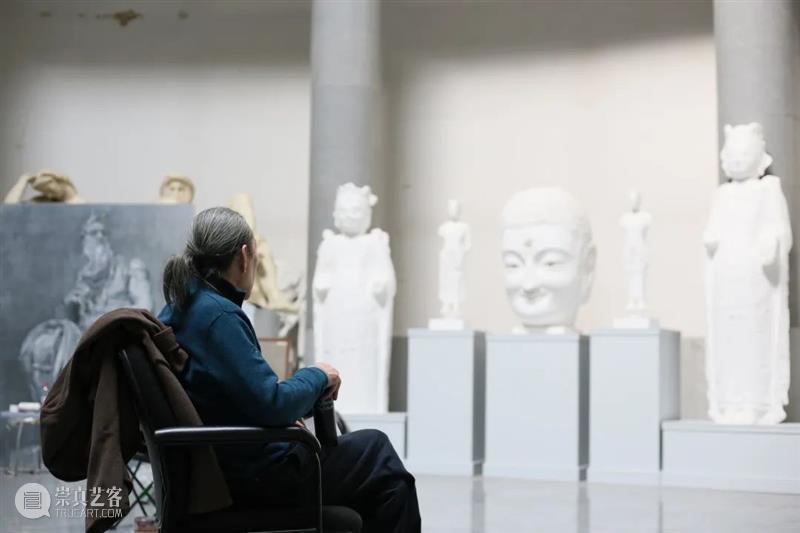 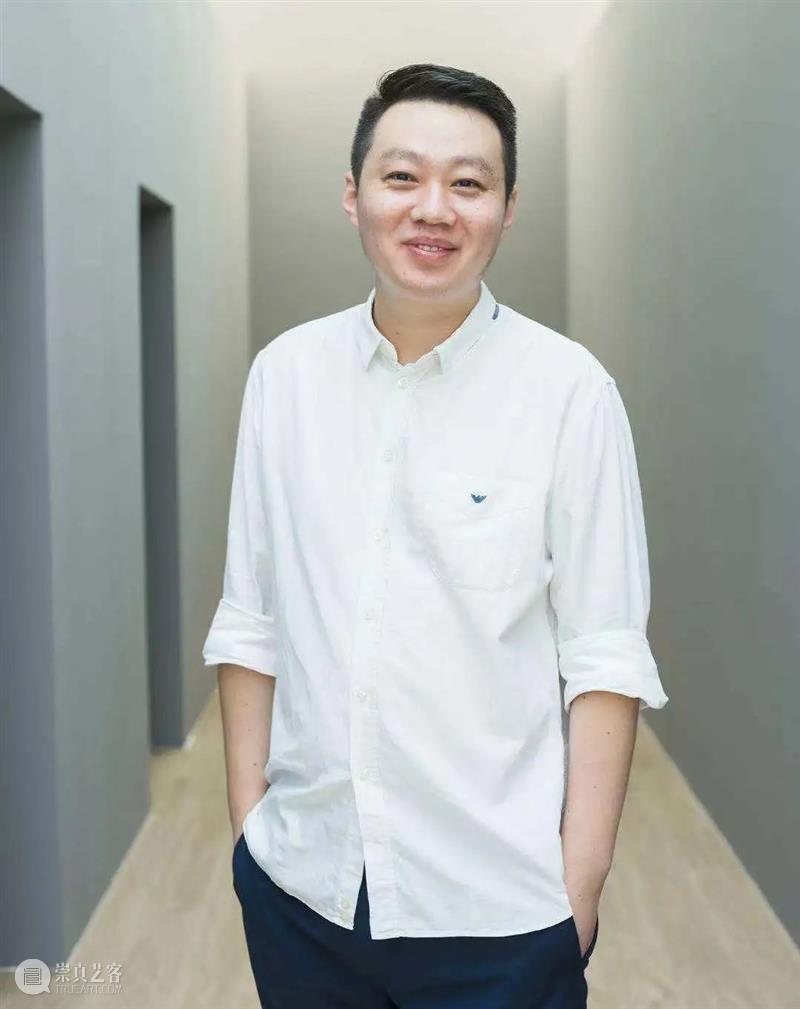