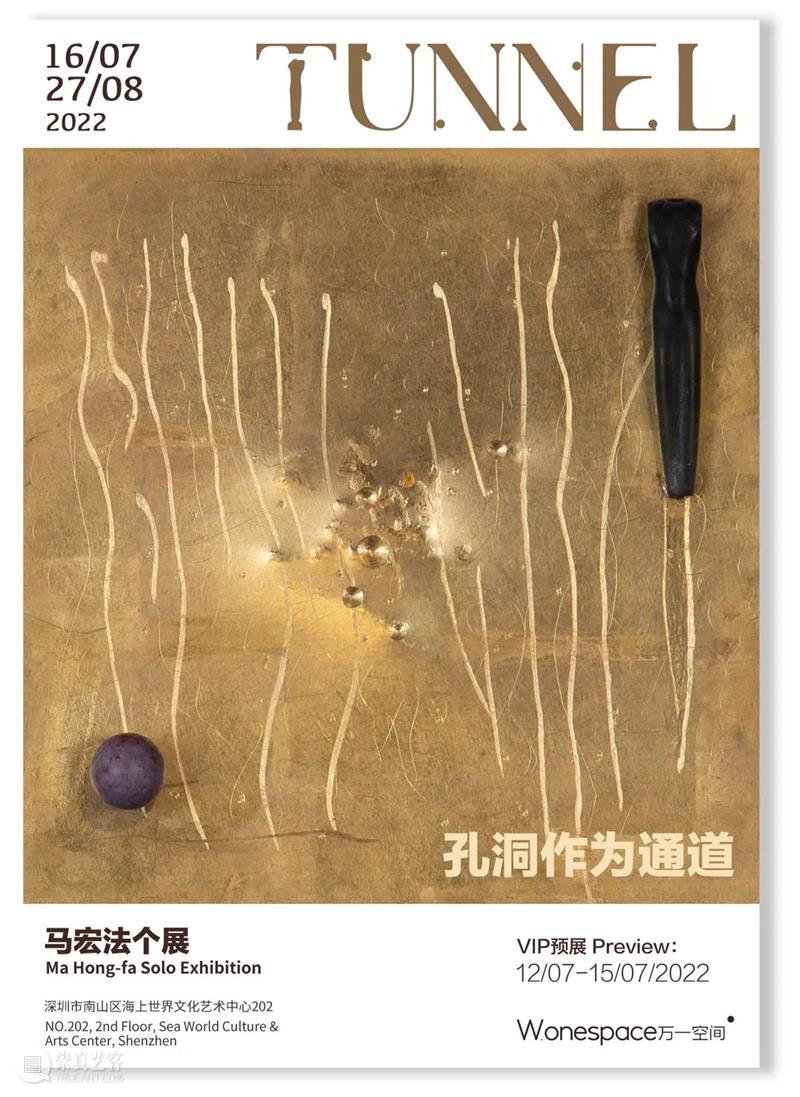 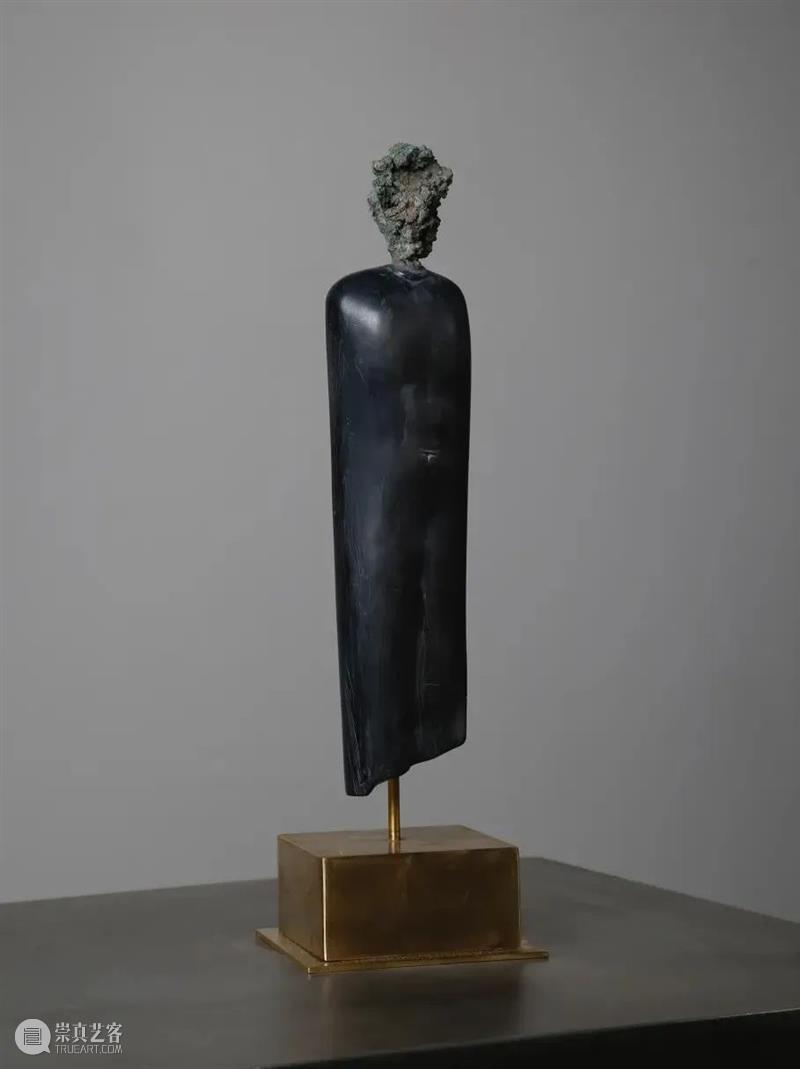 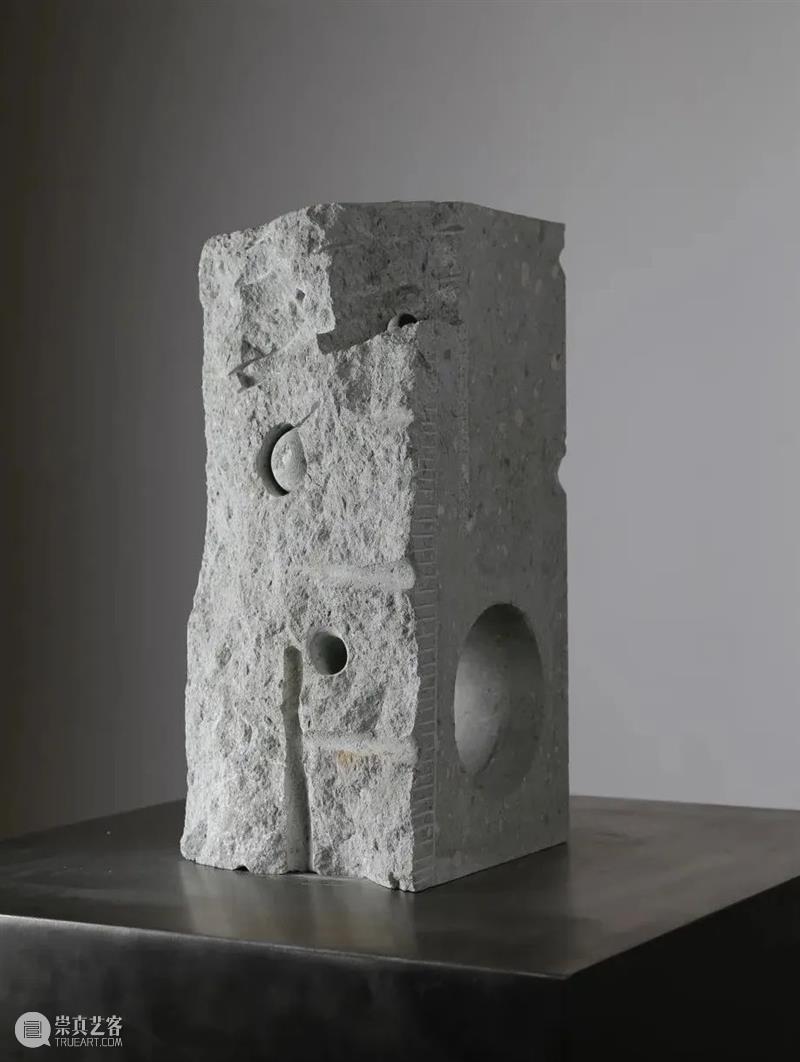 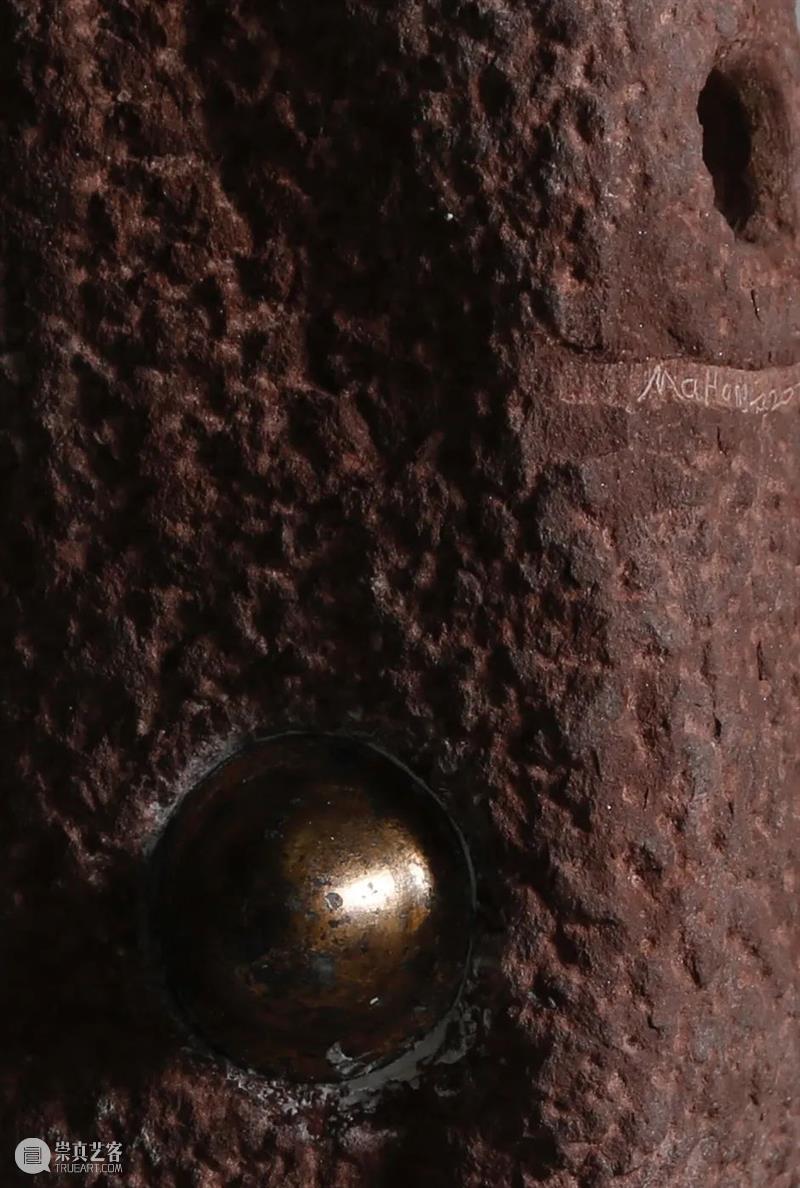 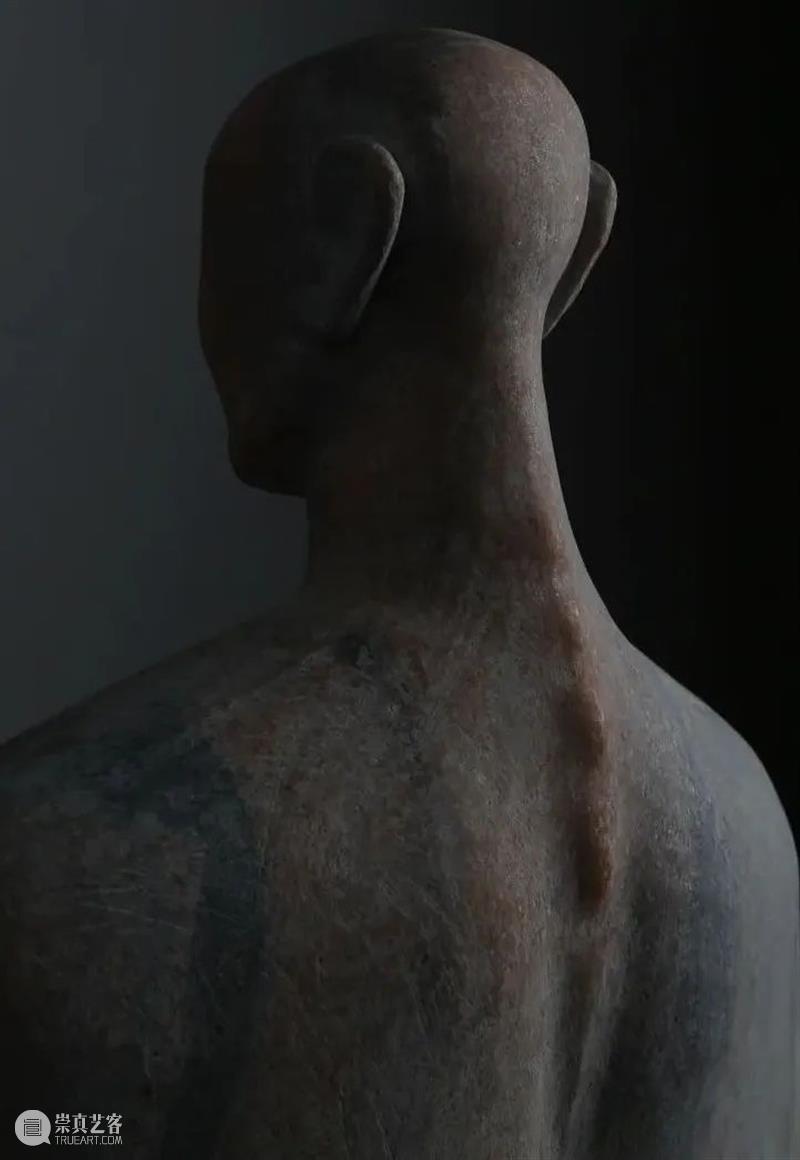 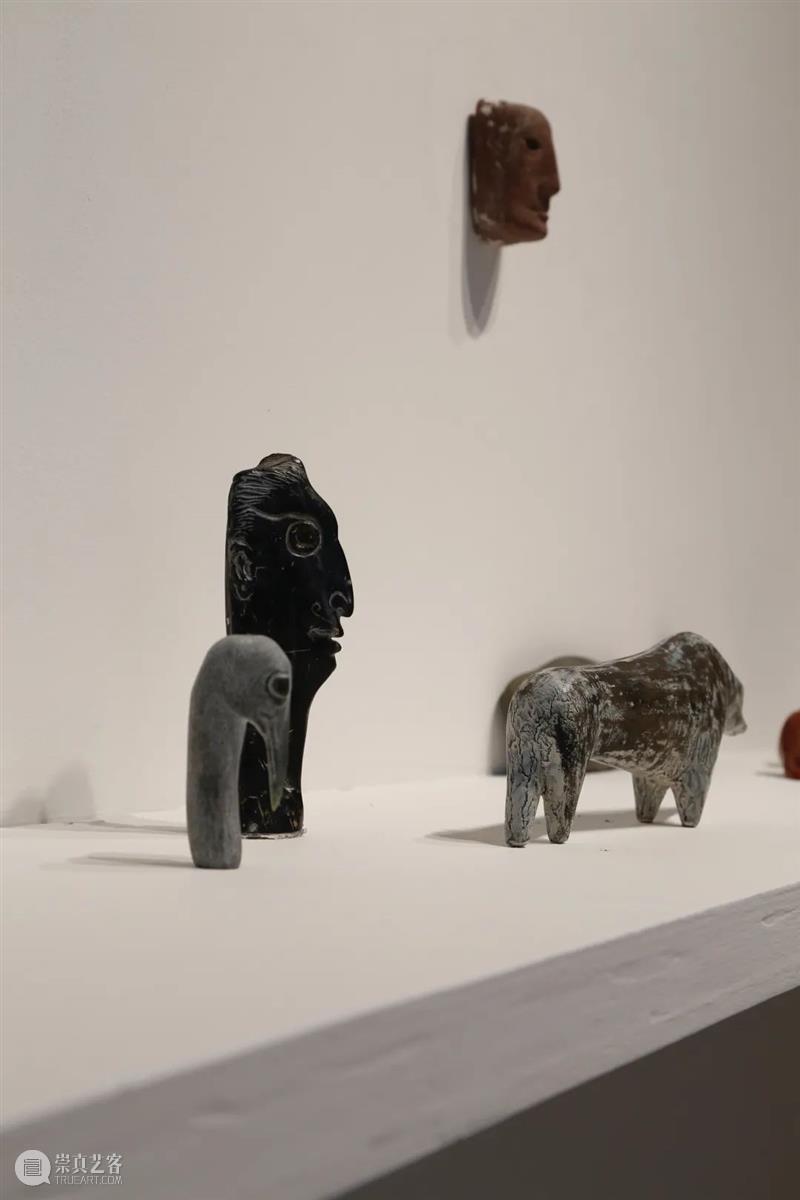 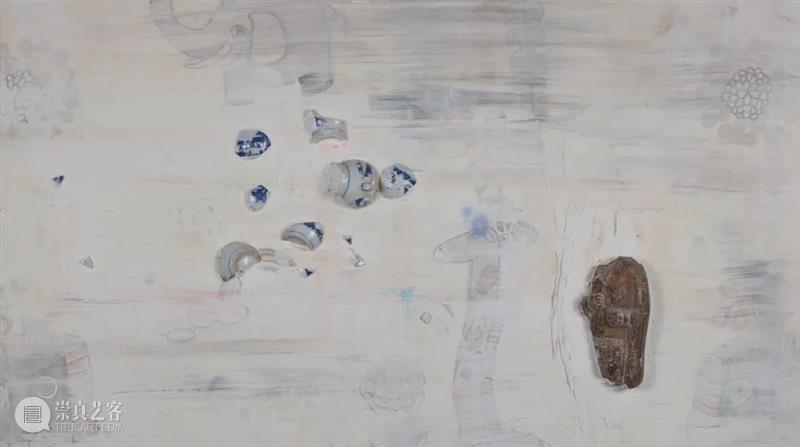 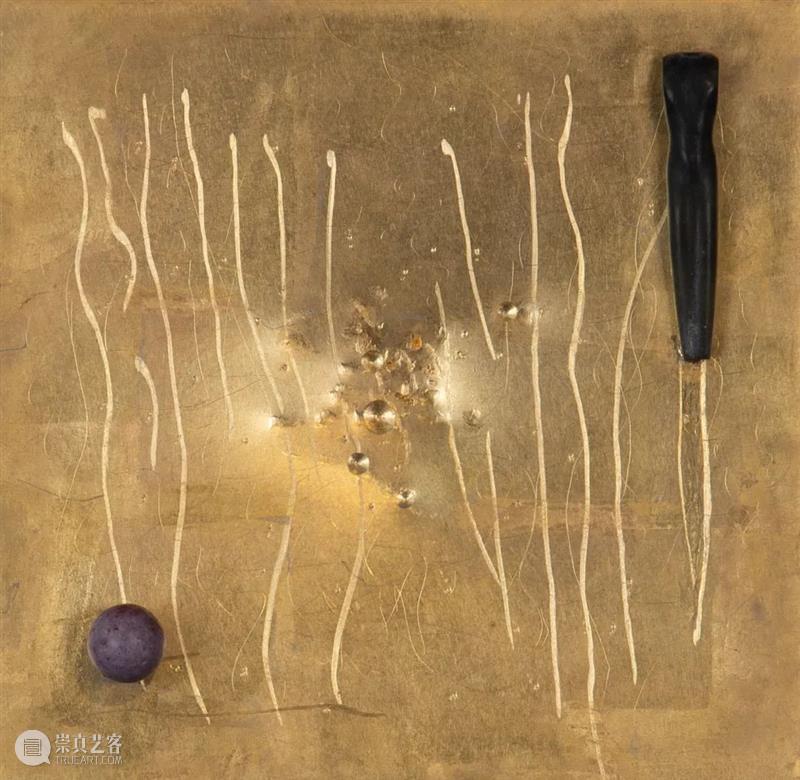 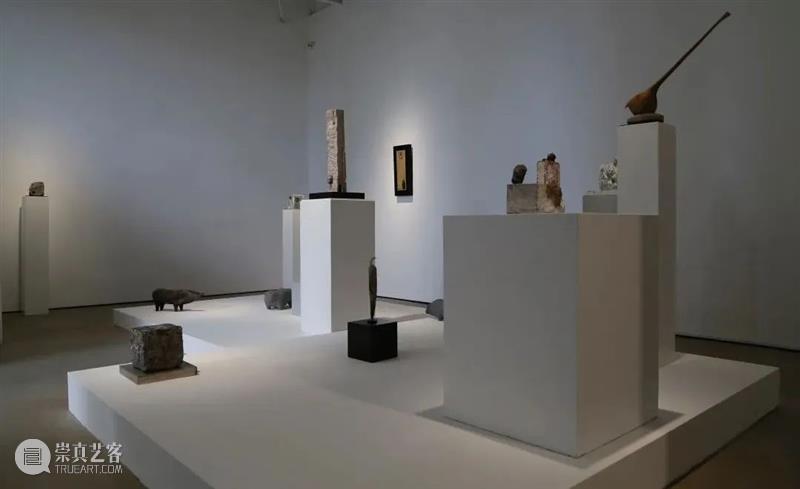 In the mythological system created and choreographed by the artist in the early days, the relationship between human beings and beasts starts from the struggles and domestication, then gradually reconciliates, at the end the beasts possess human nature and even divinity. In the latest works of "Feathered Immortal”, “Untitled” and “Xiang” series, the artist re-examines the scattered parts of the past in a state of detachment, thus generating a more abstract and "chaotic" atmosphere.

Ma Hongfa has rooted in art history and mysticism for a long time. In the early days, he studied classical art and philosophical implication, constantly revisited the aura of ancient art, and then represented in contemporary context according to his personal aesthetic perspective. Such as classical plastic art and early modernist sculptures in Europe influenced by it, those clues have a profound influence to the artist, bringing different contexts into the artist's current discussion. However, in recent years, the artist is influenced by the scholar stones and begins to emphasize the texture of material, the circulation of aura and the exploration of other dimension of spaces in his works. The material itself not only refers to its externality, but its proper position obtained through the interdependence of objects and objects, objects and space, and objects with human interaction. From the pioneer cognitive contexts of Western contemporary art study, ancient Chinese scholar rocks is another conceptual ready-made art, with an architectural sense of structure and unphysical naturalness, that is, a landscape metaphor of transcendent imagery. The sight goes through and circulates with different routine in the stone, so the path leads to the secluded, the wind and the moonlight leak through the holes. Therefore, appreciating the scholar rocks will produce an ultimate aesthetic experience. After the sight penetrates, it is possible to discover the inner construction of spiritual meaning through the choice of visual recognition, a kind of transcendence therefore inherent in romanticism.

There are full of mystery in the latest sculpture works by the hole-shaped elements in Ma Hongfa’s latest sculptures. Cobblestones randomly picked up in the streamways, Chu stone, old bricks from Yecheng, and the abandoned waste with industrial remains left in the quarry, these are all fragmented materials that Ma Hongfa has been collected over years. He characterized each material according to their original shapes, using negative shape to balance the overall atmosphere. Holes take as Yin, and inlays take as Yang, they are used not only as elements balancing the visual and creating a harmony aura, but also as a tunnel, a channel of information and emotion exchange, something we can refer to the Klein bottle in the ideal four-dimensional space of spirit and transcendence. The artist also directly makes the eye a hole in creatures such as feathered immortals and little beasts, so that they not only have the simplicity similar with those from the Neolithic period, but also have an indescribable majesty and spirituality, making the viewers instantly feel humble and calm. Although Ma Hongfa maintains the original texture of the material to a great extent, he also spends a lot of time in the subtleties to slowly polish these hard stones by hand, creating abundant layers physically and conceptually. If you pay attention to the details of each work, there is a smooth and fine perforation on the rough stone, a delicate spine behind the feathered immortal, lines that are deliberately polished but also abstract, small beasts seem to exist but can be found nowhere in real life… The material, micro traces and the image collide repeatedly, and your attention will be attracted again in the holes and spherical structures.

Ma Hongfa's new works of mix media will also be exhibited. In 2018, the artist collected fragments of bird food jars he accidentally broken, which is the remains pass after by his deceased father, and combined them with childish paintings, together with fragments of Tang figurines, marking the beginning of a new clue, also as a source of repairing personal and social sentiments. Artifacts and fragments that have been collected by artists for a long time, such as blurry base of Chinese ancient physiognomy books, pottery balls from Song Dynasty, other ancient artifacts and fragments have entered his art works for the first time in a physical way, reflecting personal life experience and material connection, so as to obtain innovative works that are intertwined with different cultures and time periods. Take the medieval Object Montés (the collection of antiques or precious objects for decoration or protection) or the Arte Povera in Italian conceptual art for example. Within the haze of foggy backgrounds displayed by the brushstrokes, the two dimensions travel through three dimensions, the flat reaches to the cube, forming a complete path with different time dimensions, and reconstructing a brand new relationship, as if it is a more general fables of Repair. The artist steps further in the series of “Gilting”. The concept and intention of gold in terms of materiality are complex and heavy. Therefore the artist chose this dazzling material to imply the relationship between space and time, giving people an open collective imagination.

In Ma Hongfa's works, holes are not only necessary for balance and representing negative spaces, but also entrances and tunnels for the flow of sight. The aura we can perceive from a work might be far greater than other forms of cognition. The encounter between objects starts to form another new "field" through the shuttle of holes. The relationship of those encounters is also the psychological imagination presented by objects and people in the process of mutual intervention, and the ritual space that leads to pure freedom.

The exhibition will continue to August 27th, 2022.

请向下滑动文字  Please swipe down the text 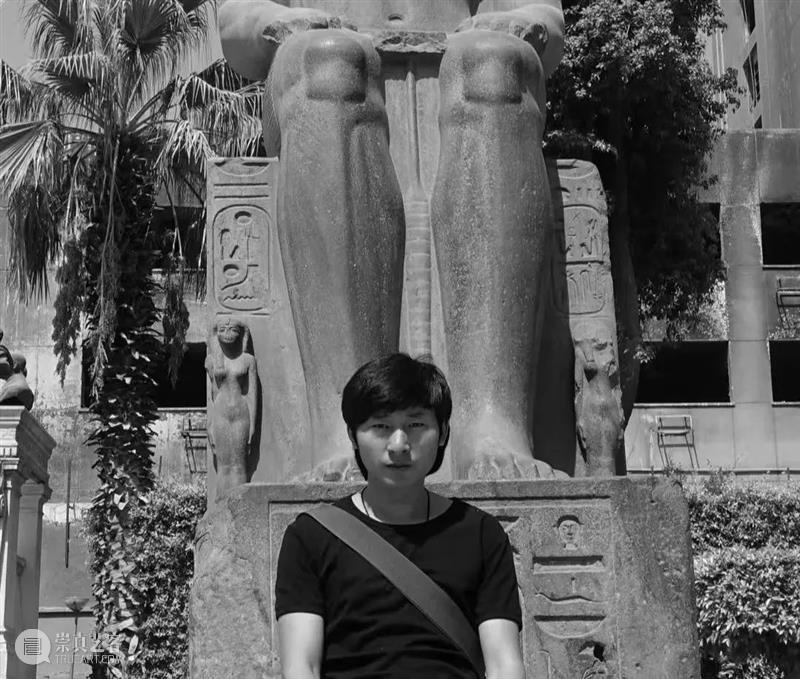 Currently lives and works in Hangzhou, Zhejiang
Influenced by history, region and the times, the artist accidentally and inevitably became "an explorer and practitioner of the Chinese classical sculpture spirit”.
The myth system created by the artist reflects the representation and narration of his ideology, the study of ancient works and the translation of contemporary contextualization. Ma Hongfa's work transcends time and space, he blends different contexts and reintegrates them into current creations. The artist's full grasp of art history and materials endows his works with a unique ritual space.

万一空间是由三位90后艺术从业者在深圳创立的艺术空间。其诞生于疫情席卷全球的2020年，在后疫情时代涌现对艺术与生命的全新思考。空间致力于消解当代与古代的边界，融合美学研究逻辑下的现当代与古代艺术，构建一个不同国家、时期和形式的艺术在同一语境下共容的场域。
W.ONE SPACE is an art gallery founded in Shenzhen by three Generation Y art practitioners. It was established in 2020 during the outbreak of the COVID-19 pandemic. New perspectives on art and life have emerged in this post-pandemic era. W.ONE SPACE aims to melt the boundaries between present, future and the past by mixing contemporary and ancient art under the logic of aesthetic research, thus bringing together arts of different countries, different periods and different forms to interact and express in unity as ONE. 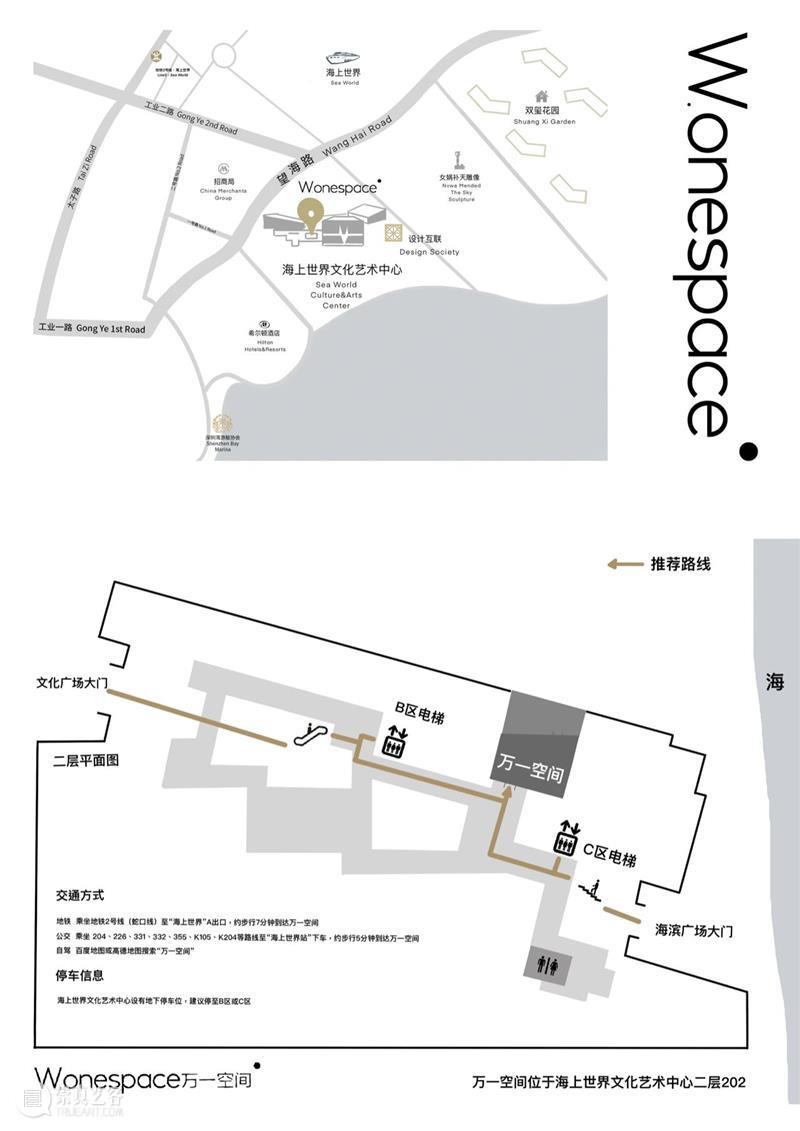 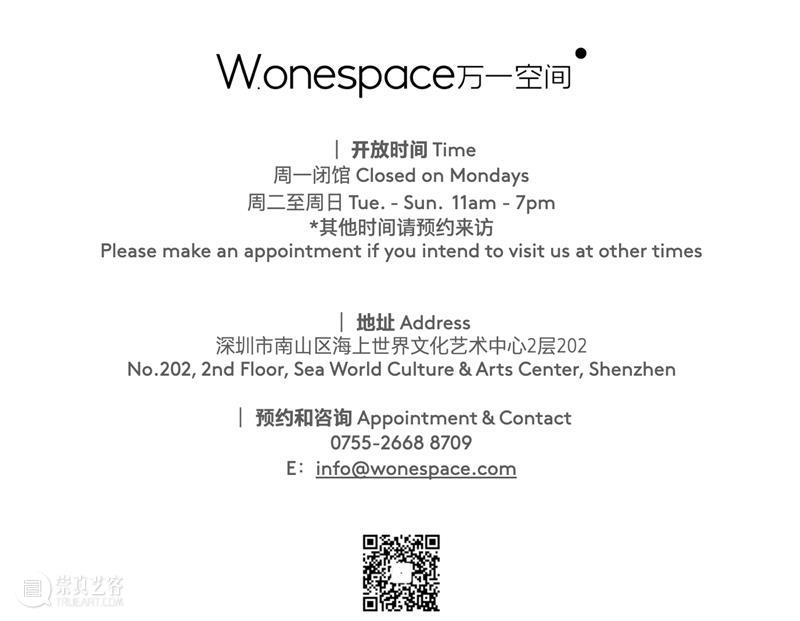 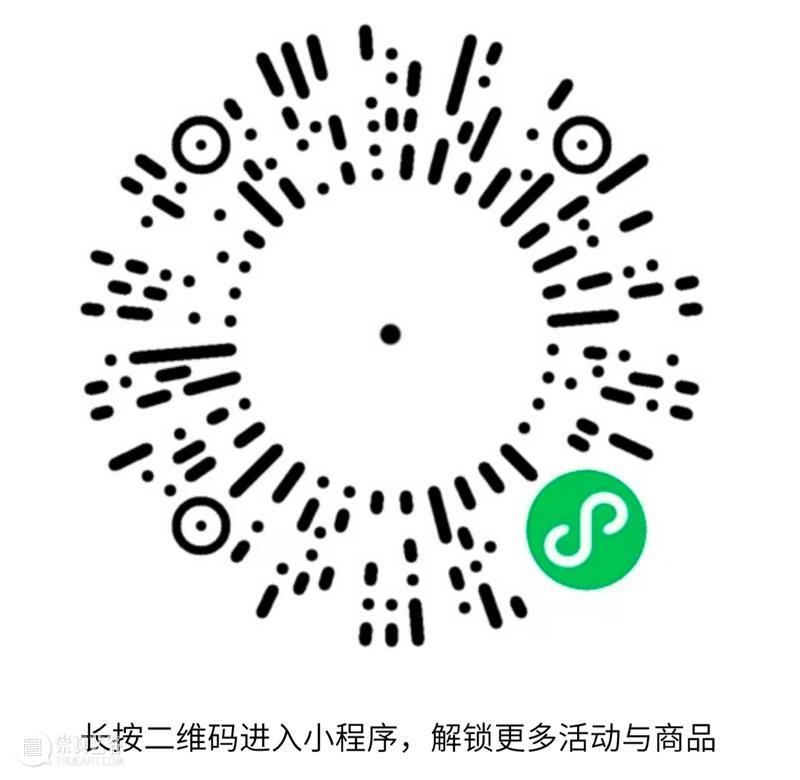