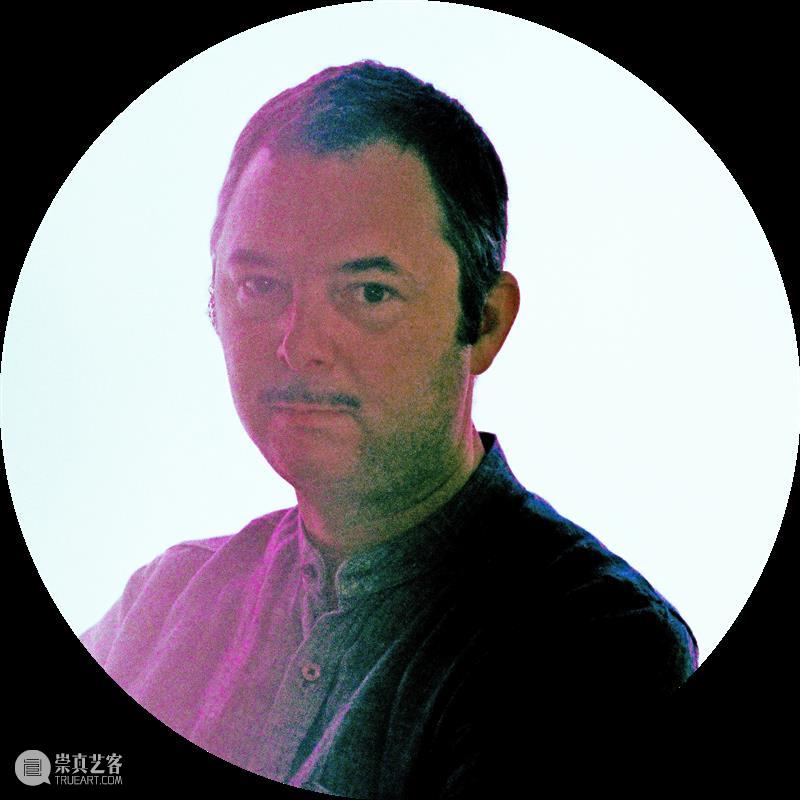 Gabriel Lester was born in 1972 in Amsterdam, where he currently works and lives. Lester's recent solo exhibitions include: “Light Years”, Machinery of Me, Arnhem, Netherlands (2020); “Shake A Face”, Galerie Fons Welters, Amsterdam, Netherlands (2018). Lester has been selected to participate in international events such as 13th dOCUMENTA Kassel (2012), the 52nd and 55th Venice Biennial (2007, 2013), the 29th Sao Paulo Biennal (2010), and other international biennales in Busan, Moscow, Istanbul, etc.

Gabriel Lester’s works expand across various disciplines including music, cinema, installation, sculpture, architecture and performance. Many of his works evolve around the very nature of the media of our time, and transform the space and time through meticulously altering the media and narrative forms. Strongly influenced by cinema and mime, Gabriel Lester’s works challenge the reality of perception and stimulate on collective imagination through constructing and creating theatrical illusions. Vanguard Gallery is pleased to review Lester's works in two posts. The current one aims to present the artist's works related to the theme of space and environment. 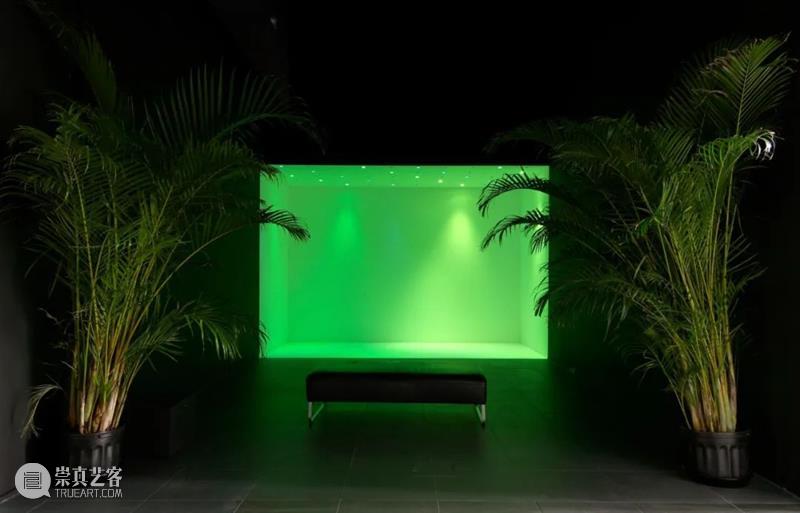 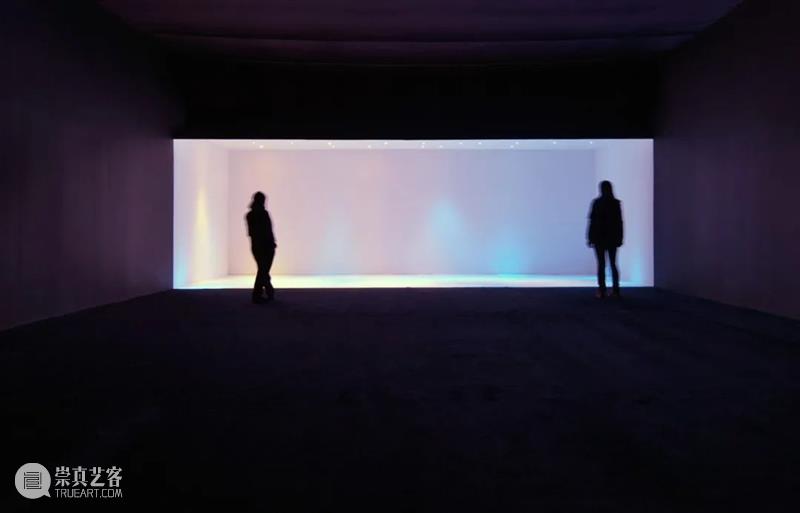 "How to Act" is a precise and methodical installation of colored lights, edited onto a selection of sounds, music, and melodies. The departure point for the project is the premise that the light generated by a projected film or TV-program (not the images themselves), combined with a soundtrack and related noises will create a suggestive film experience for the spectator—a mental moving picture, as it were.

Gabriel Lester has embraced his history in the performing arts and reconceptualized the role of the artist as “scenographer.” The role of a scenographer, vis-á-vis the artist, is to manipulate the performance environment, which he or she approaches holistically; the physical construction of an environment is likewise considered of equal importance to the construction and reception of meaning. In scenographic, or experiential artworks, the audience is integral to the activation, reception, and the completion of the artwork. As a scenographer, Lester conceives of his works as temporal, cinematic experiences. Although they always have a strong aesthetic component, he is never just creating an artwork but is instead conferring with his audience about a narrative experience. 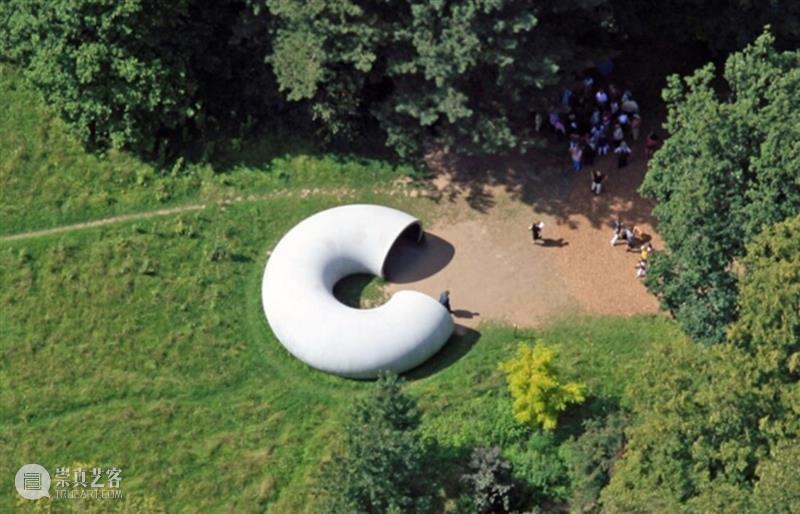 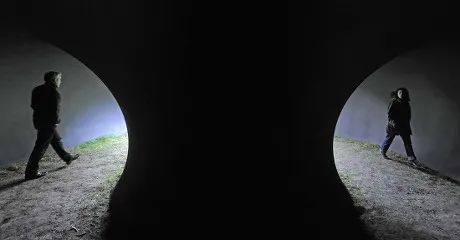 "Transition" borrows its title from a cinema term, indicating a technique of film editing by which scenes or shots are connected. In general, transitions are used to express tone or mood, suggest the passage of time, juxtapose two or more scenes, or separate parts of the narrative. Passing through this tunnel sculpture also proposes a theatrical act, where one either leaves from, or appears on, stage. 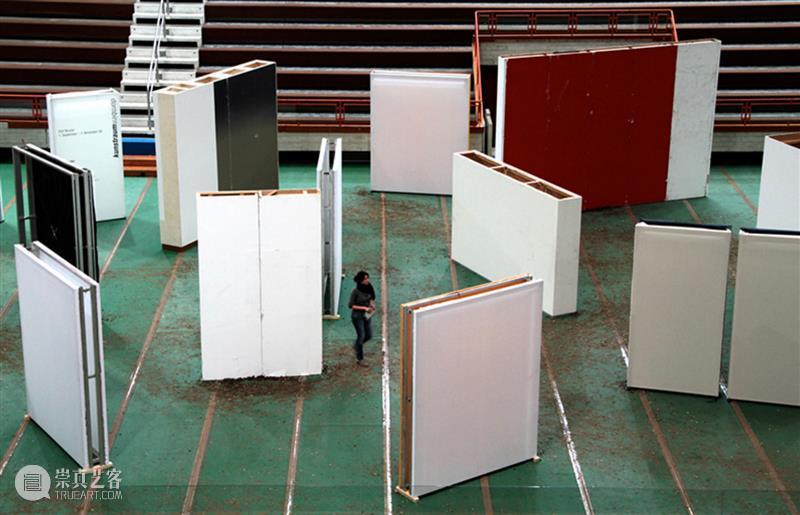 Exhibited: Lithuanian and Cyprus Pavilions of the 55th Venice Biennale | Forty-three walls and panels on loan from various European museums and institutes | 2013

"Cousins" consists of 42 walls and wall panels, donated or provided on loan from various art museums and institutions from around the European Union. The walls were installed on the main pitch of an indoor sports arena in Venice. The visitors observing the work become actors intrinsic to its actualization. Arranged as both maze and stage—people interact with one another and the artwork. The work mimics the modality of film but consists instead of edits within space, deliberately creating a mise-en-scène, to guide the observer’s sight, and make visible unexpected views. 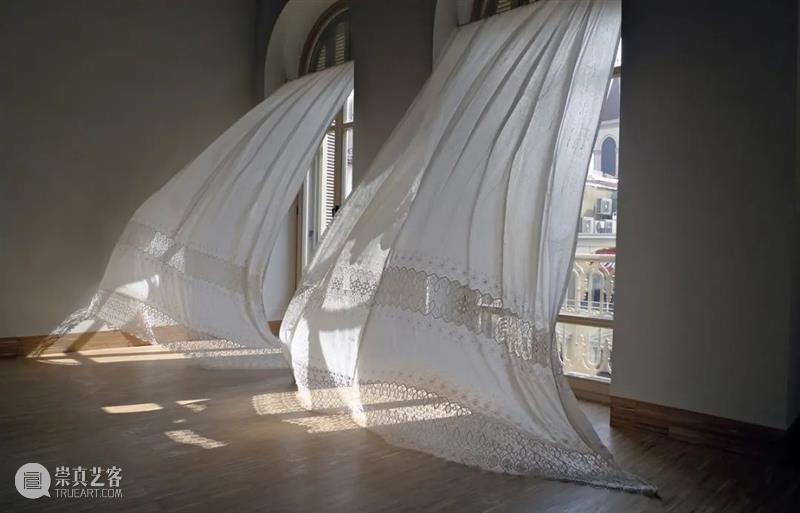 The work was dedicated to memorizing a dear friend who passed away. The title of the work is identical to a series of photographs Huseyin shot in Odessa, showing curtains blowing in the wind. These images inspired an installation of stiffened lace curtains, frozen in time and space. 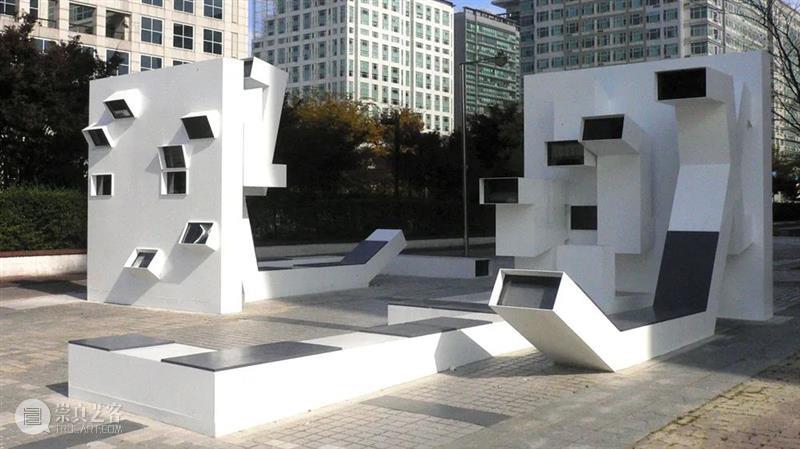 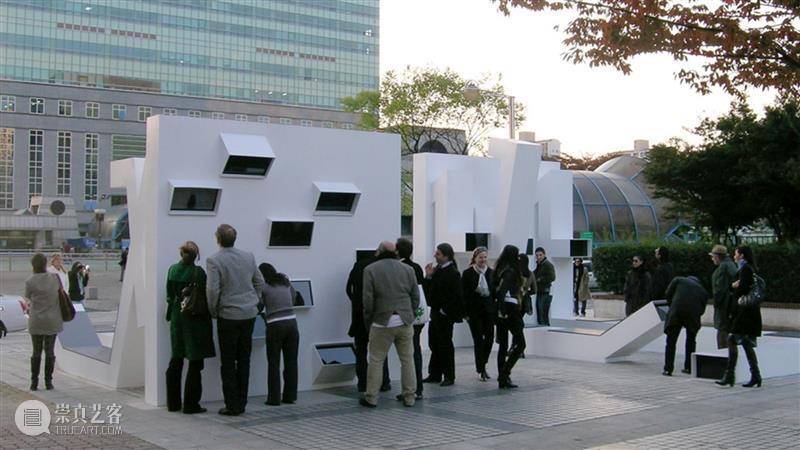 Two permanent periscope sculptures were installed on a promenade in Anyang, a satellite city of Seoul, South Korea. The periscopes, which also function as public furniture, frame views of the surrounding city. Directing the gaze of the viewer toward a number of local scenes, the perioscopes create a sense of cinematic drama, as the city’s activity transforms, appears in, and disappears from each frame.

The second element in Lester’s lexicon is meticulous design, including that of architectural and material aspects. Similar to Dutch design, Lester’s aesthetic sensibilities are always pragmatically simple, unembellished, and, in a sense, are striving for universality. 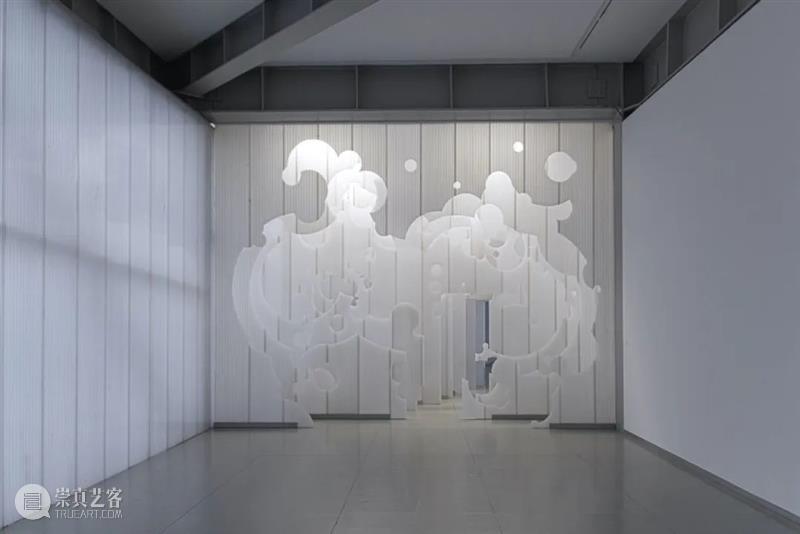 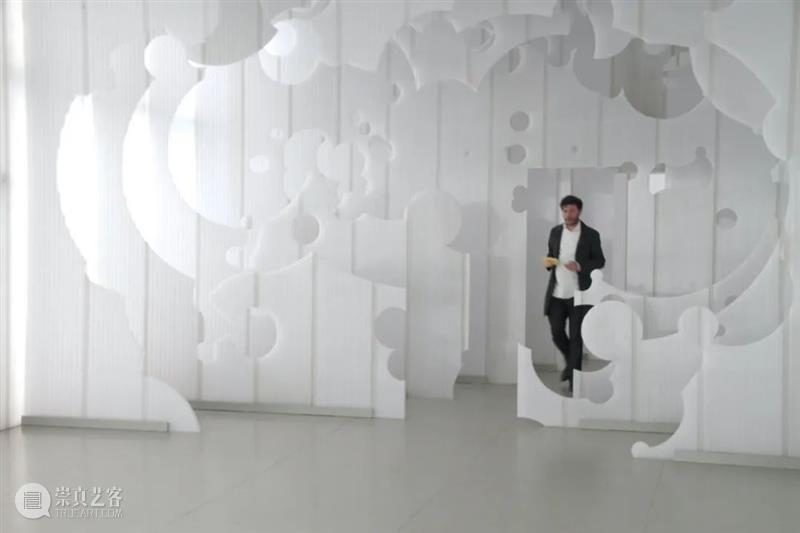 A site-specific installation at the Sifang Art Museum in Nanjing, China, "Big Bang Pang" is made of the same materials as the cladding of the outside of the museum. The installation utilizes forced perspective suggesting a depth of volume larger than its distance in space. 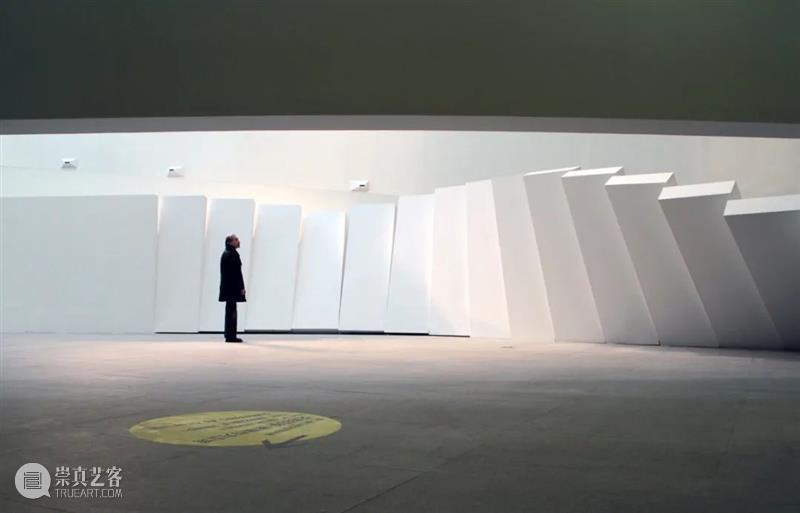 "Sleepwalk" takes the shape of a generic museum wall, which appears to be falling apart in sequence, similar to a set of dominoes set in motion. The work describes the act of passing from the waking state to one of sleeping and dreaming, conveying the transition from consciousness to sub-consciousness. 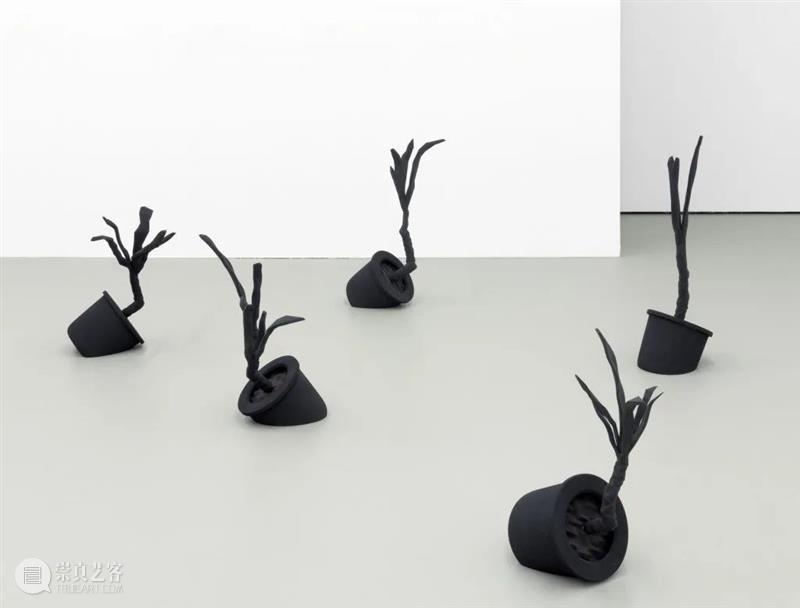 "Pots Trauma" consists of five tumbled over houseplants, that nevertheless seem to have grown towards the sunlight. The composition refers to the phenomenon of ‘tropism’, in which an organism evolves according to the circumstances in which it must survive. 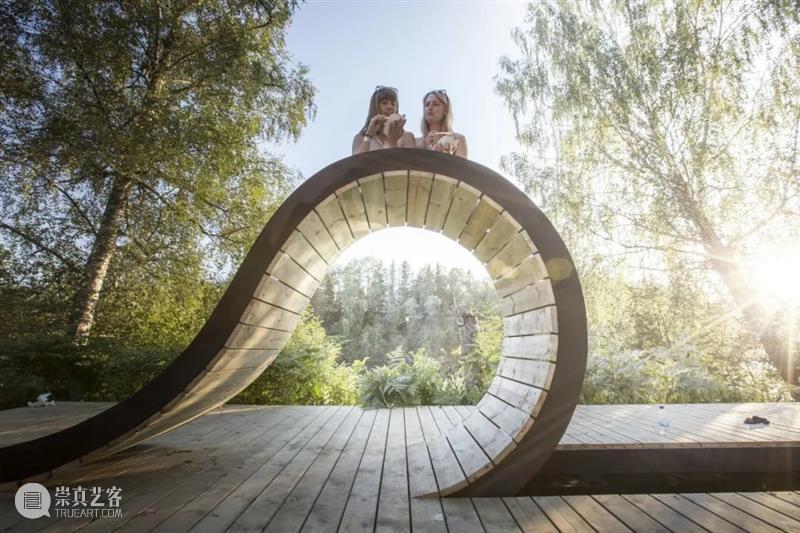 In the works of Gabriel Lester time often comes to a stop. Like a frozen moment, movement is caught and captured. The viewers are invited to interact and observe a three dimensional momentum. "The Peel" mimics such a gesture, as it suggest the surface of a deck in the act of being torn off.

A Leap in Time 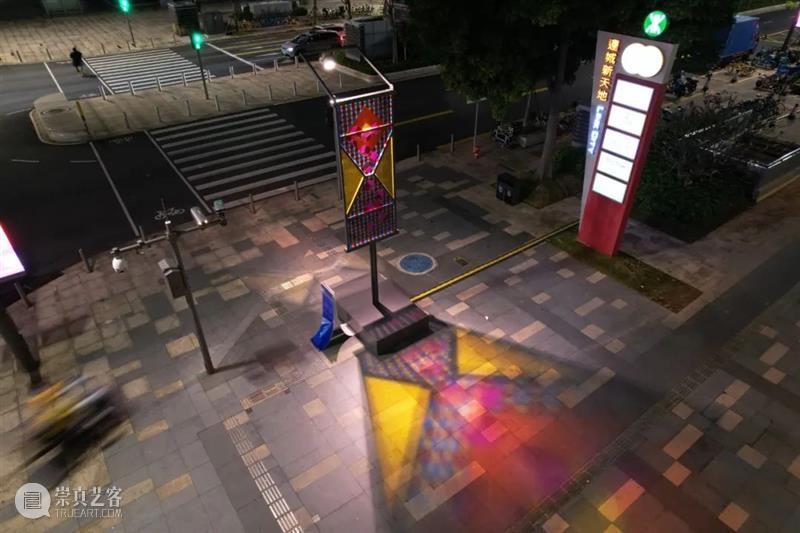 "A Leap in Time" proposes two individual stained glass window sculptures that project a carpet of color and image onto the pavement. The two windows of a Leap in Time both contain the representation of an hourglass. Inside sand dops through a small hole in the middle. The time that it takes to drop from above to below, is the time the hourglass measures. An hourglass thus is typically an object or symbol that contains a precise span or a certain duration of time. When turned upside-down, that same time is repeated. The two windows of "A Leap in Time" propose both perspectives: the upward moving time and a downward moving time. Additionally, its visual design also proposes a time portal. As part of the representation of the hourglass, is another dimension, or a door to another space and time. Here the hourglass becomes a definition of linear time and that of a parallel universe. The projection of the glass window onto the pavement depicts a colorful carpet representing reoccurring time and travel through time and through various dimensions.

A symptom of Lester's own musical training, aural appreciation is a significant component is some of his works. Here, sound is critical to “seeing” and experiencing.

a collection of silent movie soundtracks | 2012

Created for dOCUMENTA 13 in Kassel, "Kaufhaus Incidentals" takes the form of a sound installation that was placed in a shopping mall in Kassel. Lester selected a selection of silent film tracks from the Amsterdam Film Museum and the MoMA archives that are archived as "Reflections", which are often used in silent films to show actors meditating, plotting or daydreaming. 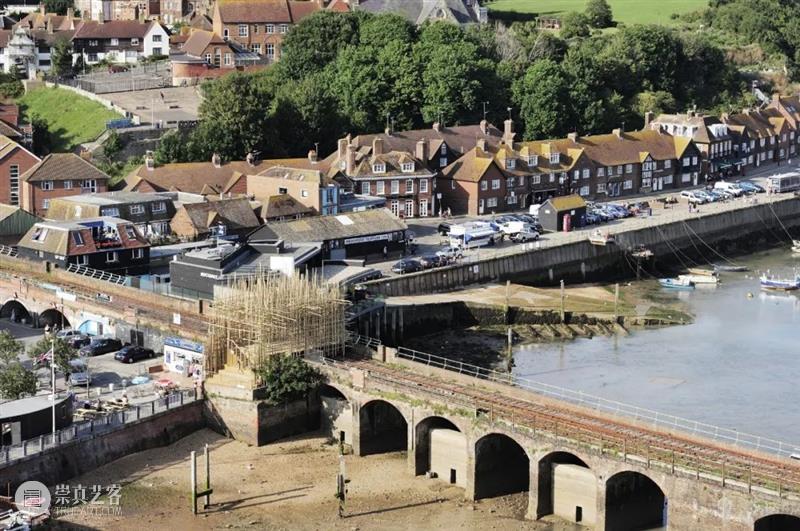 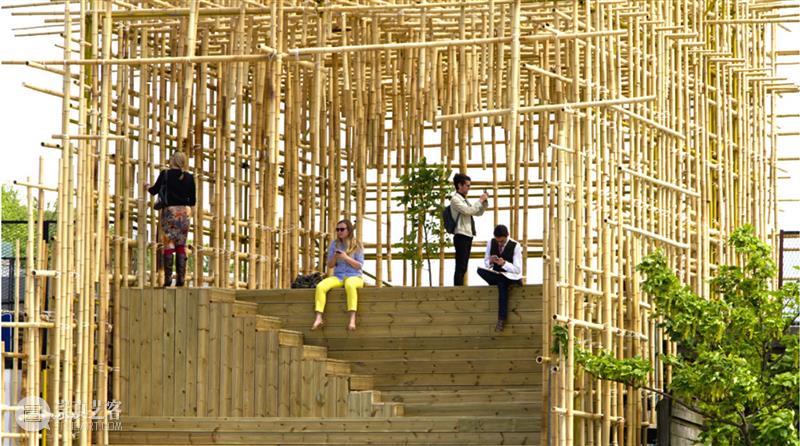 "The Electric Line" reactivates the obsolete, former Oriental Express train track. Leading to a seaside ferry station, this urban terrace made of Chinese bamboo offers a view across the harbour. For this work, parts of the bamboo are cut to become wind chimes, providing the site with an instant, soothing soundtrack. At night The Electric Line lights up, pulsing with electricity, much like a sound-wave, and simultaneously illuminated the harbour. 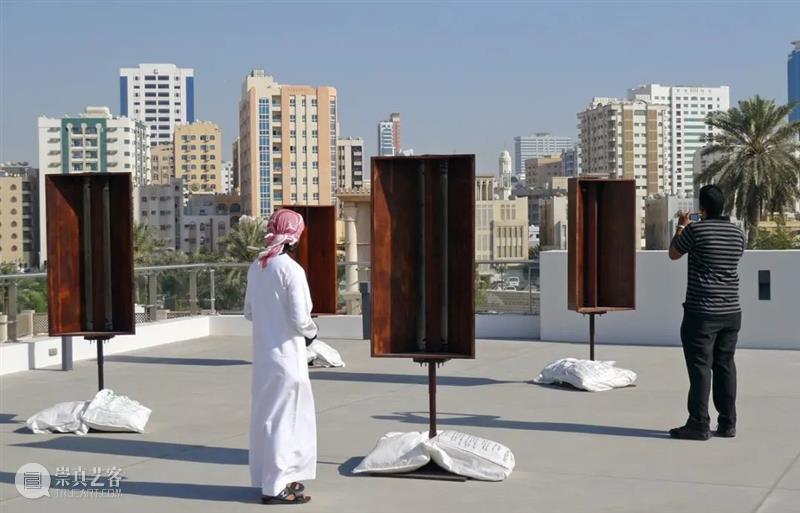 "Vayu-Vata" consists of four Aeolian harps, which borrow their name from two Indo-Iranian words that, when combined, can mean either wind & atmosphere, or space & time. The Vayu-Vata harps are played by the wind and provide a harmonic composition of sound.