Enrico Bach’s “Theater of the Minor”

Born in Leipzig in the former state of East Germany in 1980, Enrico Bach moved to Karlsruhe with his parents at the age of nine. Against this background, Bach easily reminds us of many other German artists of the old generation, who were born in East Germany and have been celebrated in the world of art in China, such as Markus Lüpertz, Gerhard Richter, Georg Baselitz, A. R. Penck and the artists in the New Leipzig School such as Neo Rauch being a principal representative. The connection that Bach makes to the former state of East Germany, however, is minimal. This is most probably because Bach had a happy childhood and hadn’t had any considerable experience of the difference between the East and the West since his relocation to western Germany. Meantime, the New Leipzig School movement had become increasingly prominent when he studied art in Karlsruhe; and he was less interested in it. Instead, Bach’s obsessive interest in various possibilities for painting in the present has accrued over time. 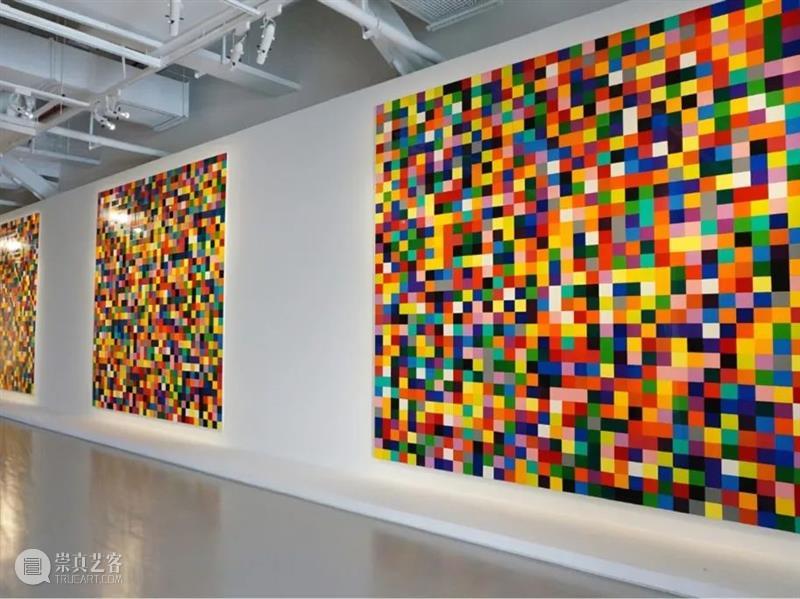 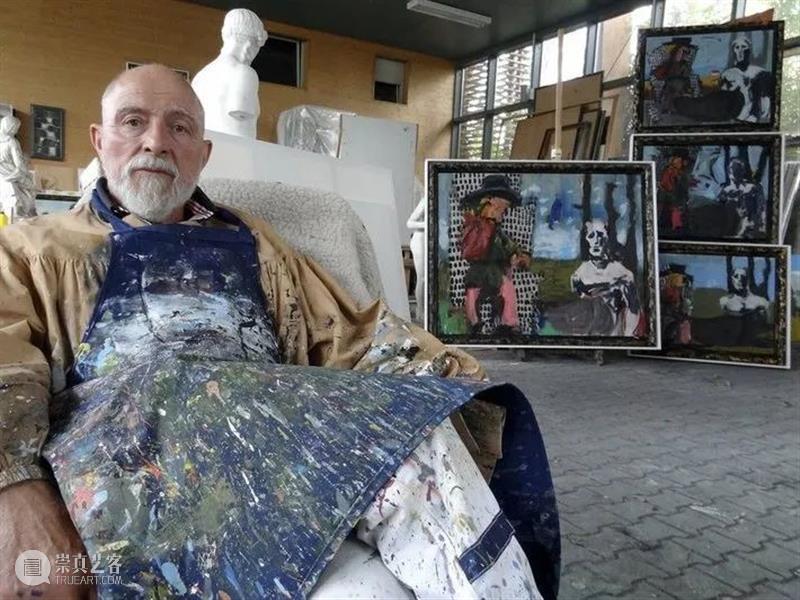 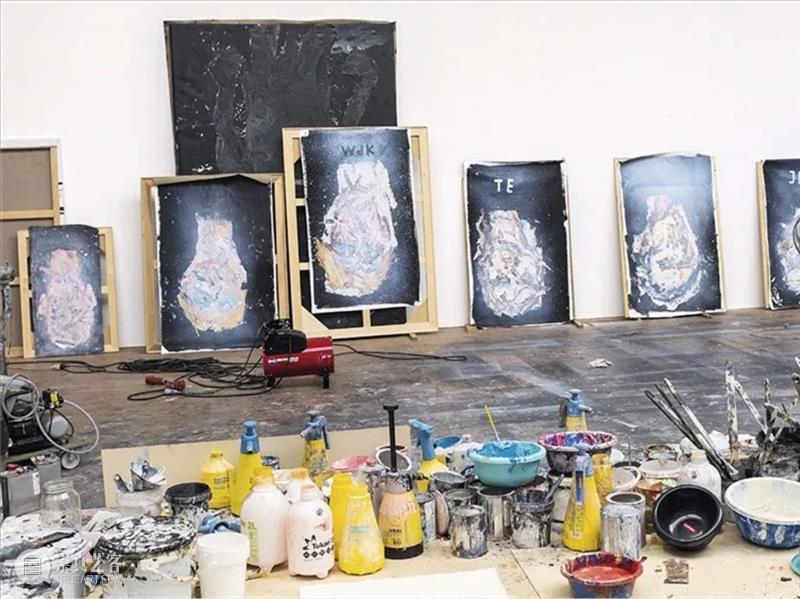 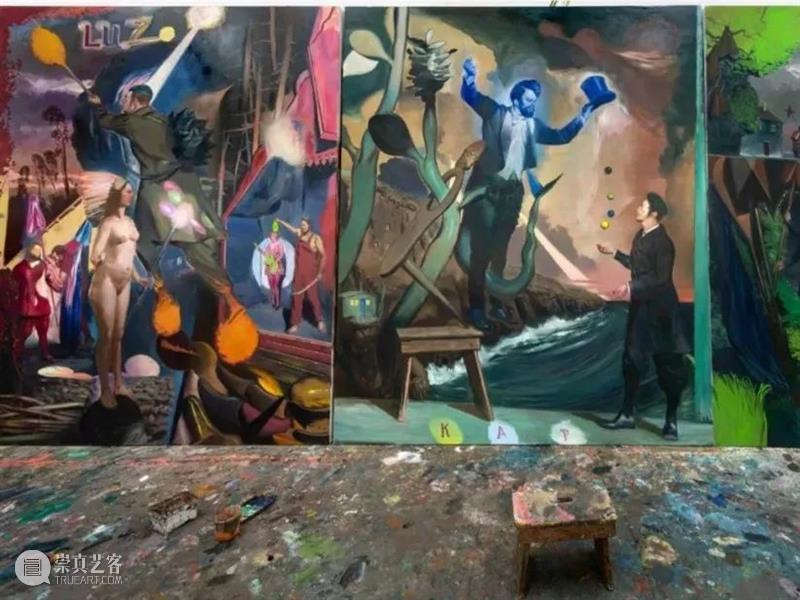 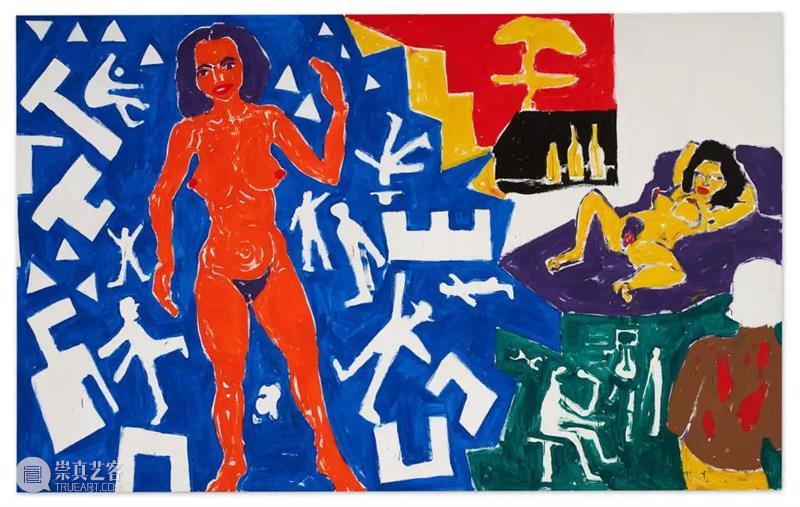 Markus Lüpertz in his studio

Bach’s paintings have pushed the boundaries between non-representational art and representational art. On one hand, his paintings epitomize the most sophisticated combination of geometric lines, shapes, and color blocks. All of the parallel lines, regardless of the length and quantity, are parallelly juxtaposed. Be it a color blocking or a series of lines transitioning radiantly from light to dark, every single one is as precise as if being printed in high resolution. In particular, the accurate measures of the sides are brilliantly exquisite and astounding, which is entirely typical of geometric abstract paintings. On the other hand, those scrupulously crafted images that are composed of geometric lines, shapes, and color blocks might oftentimes remind the viewers of a series of everyday objects, such as half-opened blinds, tiled walls, randomly stacked documents, and scattered scrap papers, etc. Instead of meticulously recording a visual moment that can potentially touch the viewers, the artist draws on the simple shapes, delicate visual textures, and brilliant artificial colors, which altogether relate to tremendously varied, well-organized characteristics of the industry. With such a calm and theatrical atmosphere full of lights and shadows, the trivial objects glowing with a metallic finish—or the illuminating fluorescent screens— have been deprived of their fundamental characteristics. In perfect order, each of them takes on a unique visual sensibility in the presence of a strictly defined geometric form. 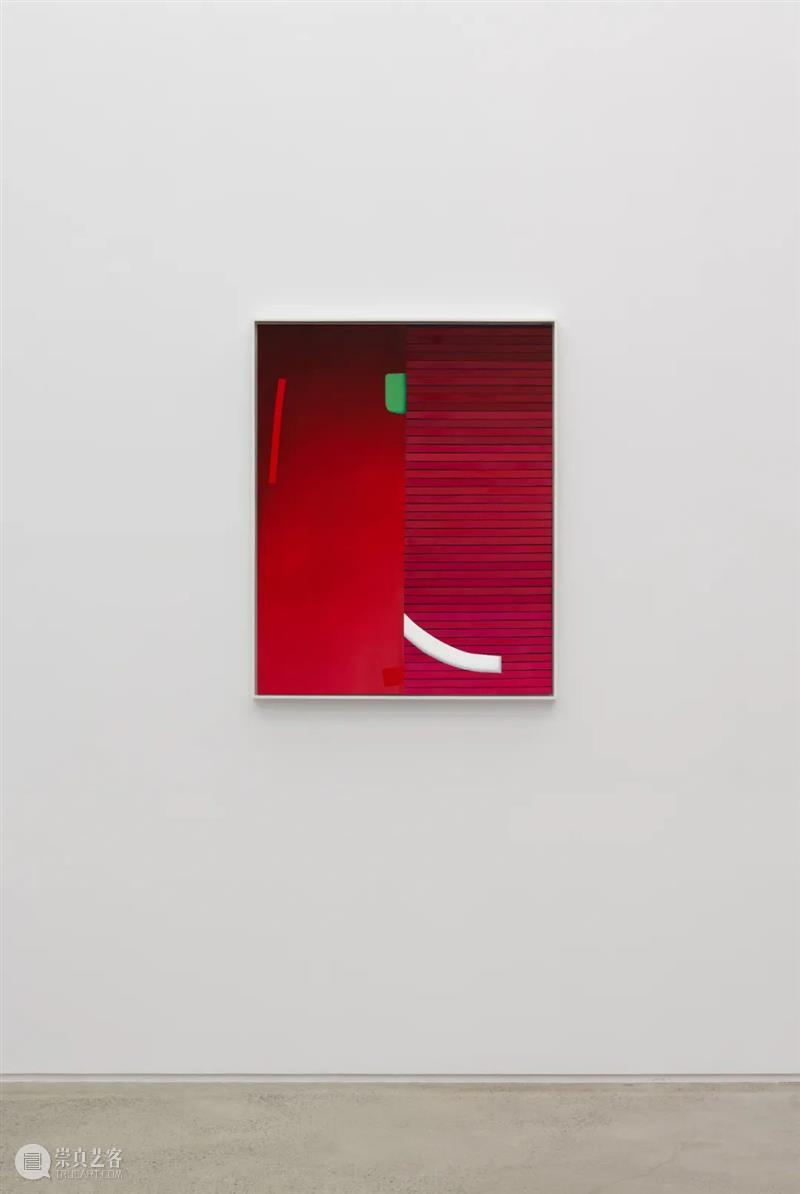 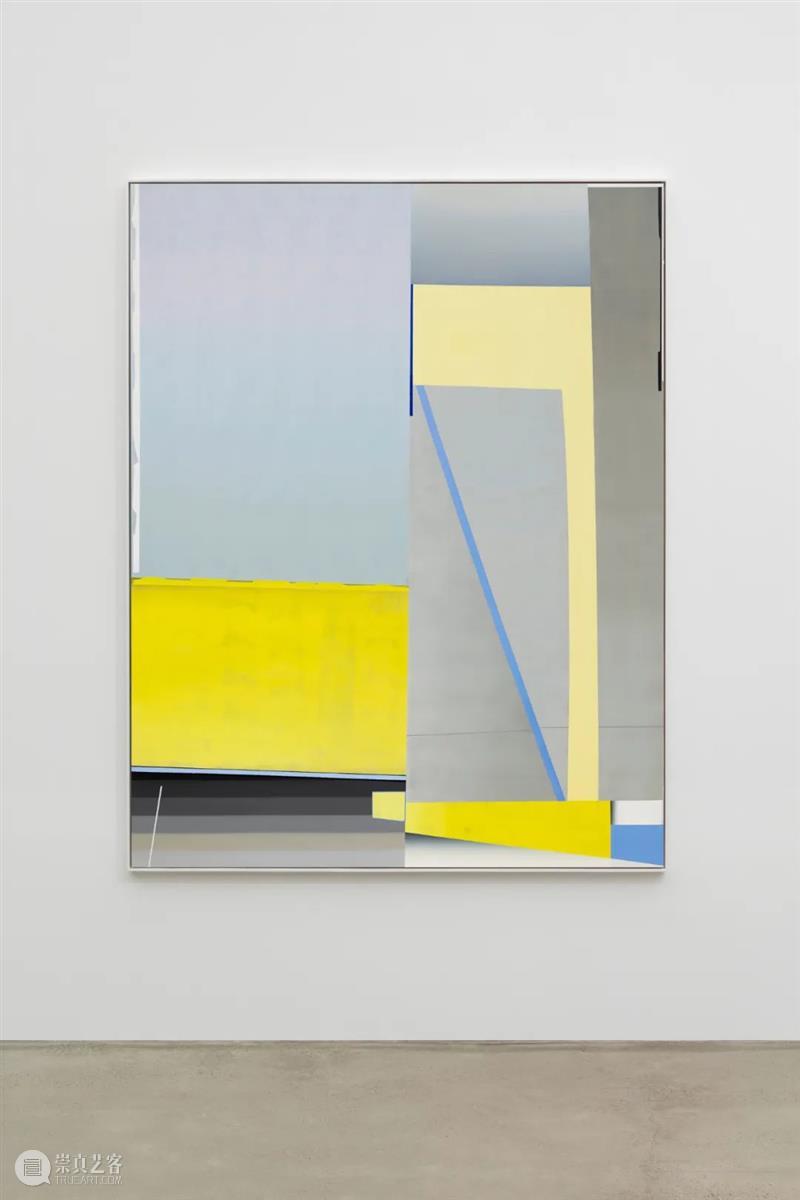 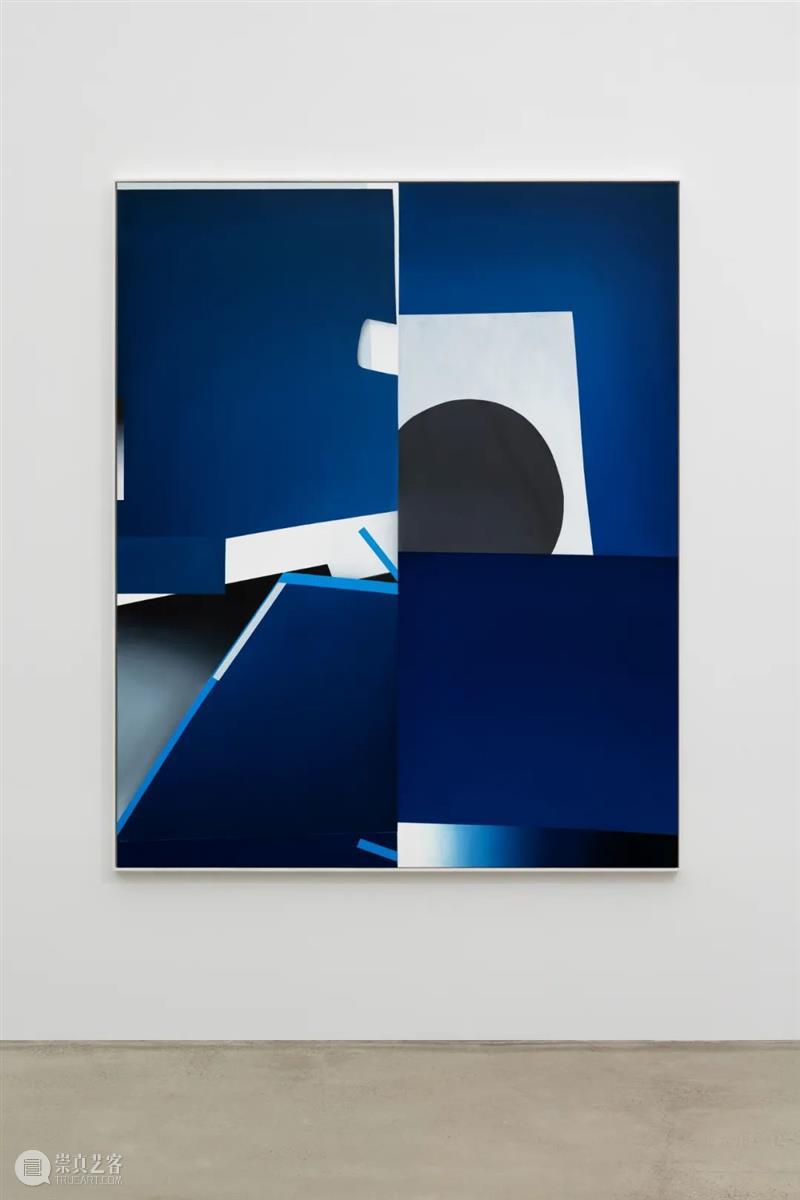 Since 2019, Bach’s paintings have shown a marked change. Firstly, the geometric shapes portrayed in his paintings have been no longer limited to everyday objects; instead, they become genuinely independent step by step. That is to say, geometric lines and shapes may not be essential for composing everyday objects, which, however, would function as crucially self-dependent elements in the construction of a “geometric world”. Secondly, the originally dramatic atmosphere characterized by lights and shadows has been further strengthened and thus turned into a theatrical atmosphere that appears to be enigmatic and surreal. Thirdly, the basic visual structures have shifted from remarkably skilled, strictly constructed compositions to composition dynamics that are still uncompromising but more unrestrained and unconfined. Fourthly, the overall imagery becomes more unfettered and diversified even though the paintings are suggestive of various daily objects. With this, Bach’s works exhibit a sense of interaction with modern Western art movements, such as Surrealism, Synthetic Cubism led by Pablo Picasso and other Cubist artists, and Pop Art. Lines and color blocks of various kinds closely resemble geometric life forms that manage to perform splendidly on a cramped stage. They overlap, squeeze, pinch, and embrace each other; they avoid colliding with each other, they scatter, and without constraint, they transform, twist, and meander. Meanwhile, the emotions displayed in Bach’s paintings have become manifold, which include intensity, anxiety, humor, magnificence, light-heartedness, cheerfulness, and romantic mysteriousness. These changes suggest that Bach has shifted from the influence of Imi Knoebel’s ideas of redesigning and material simplicity to a freer, bigger world of minor things. This is especially evident in Bach’s recent works created in the past two years, where he divided each painting into two sections with each section being self-independent and full of life. By combining different sections, the artist has constructed a growing overt visual conflict and a balanced relationship between sections. 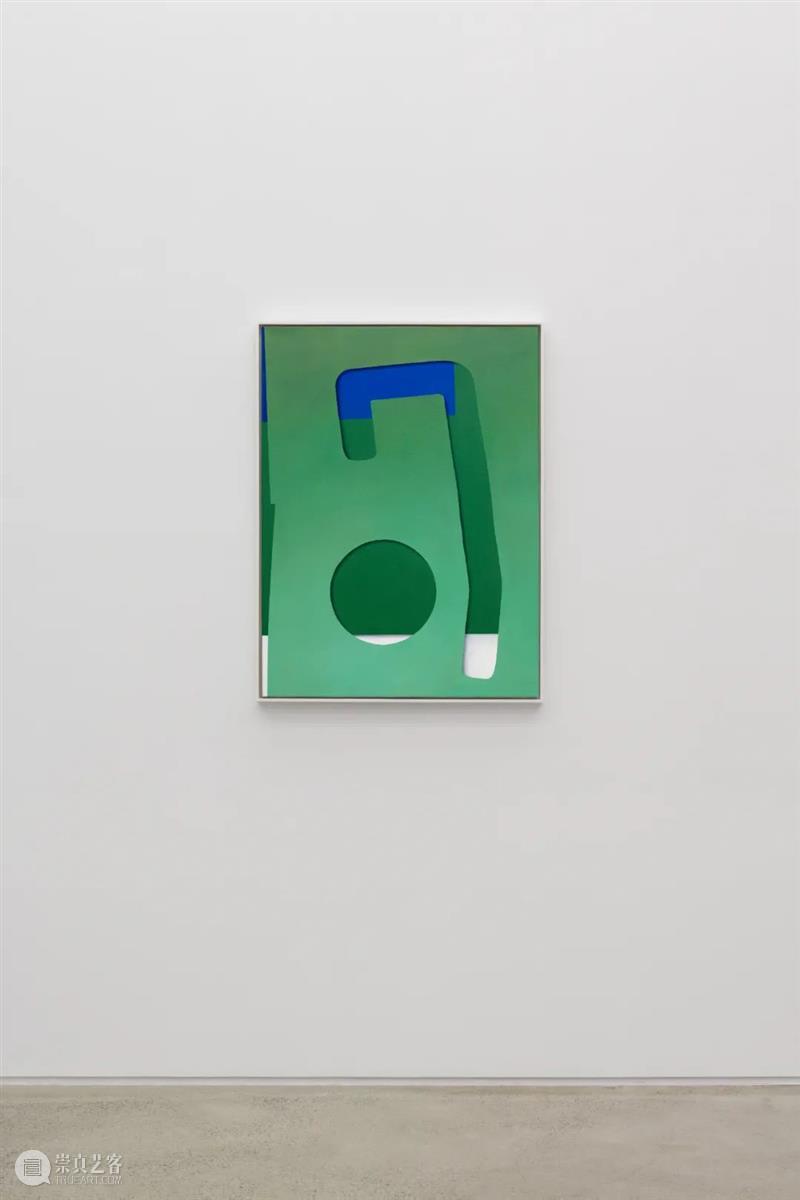 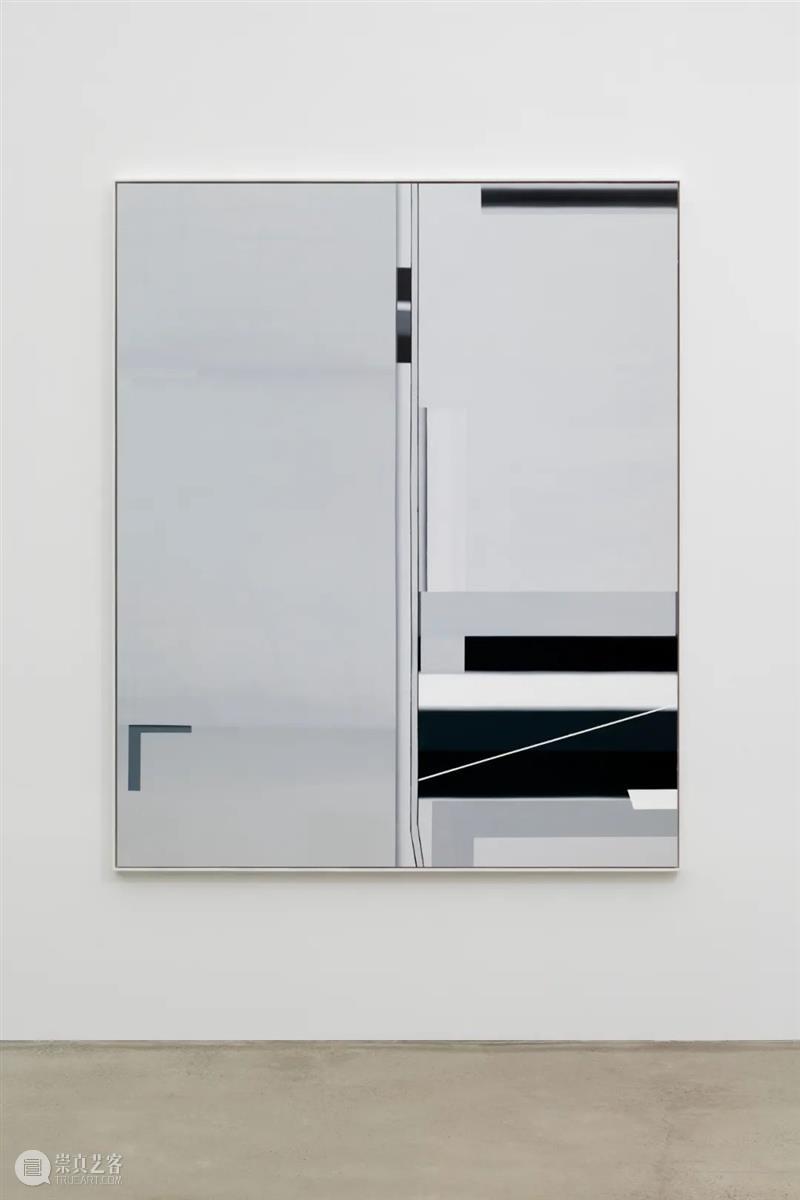 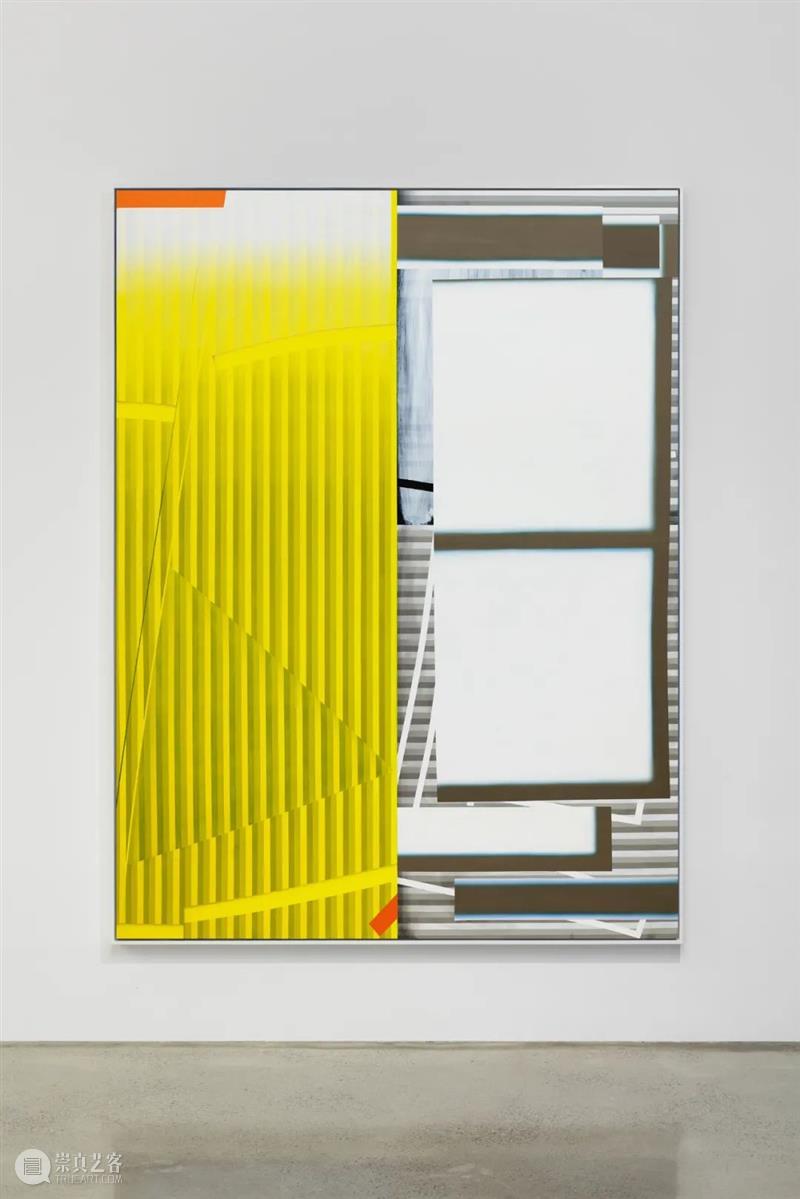 Bach’s paintings remind me of Giorgio Morandi’s still life paintings, this is not because of the similarity in artistic language shared by the two artists, but because of their comparable use of motifs. Morandi gravitated towards still-life arrangement of bottles, jars, and alike for life, which created a self-contained world defined by a sense of humanity and theatricality. Likewise, Enrico Bach has also been dealing with his geometric patterns, which are making another self-contained world that is defined by a sense of humanity and theatricality in a similar fashion, or in other words, a “Theater of the Minor” that can evolve itself constantly and indefinitely. However, as a young artist born in the 1980s, Bach in his paintings displays an aesthetic sensibility that is distinctively different from that of Morandi, as evidenced in Bach’s accurate and delicate contours as if being cut by machine, the soft shadows naturally brought by natural light, and the cool tones resembling lacquer paint, or the illuminating fluorescent screen animated by the sophisticated yet cool textures. There appears to be a touch of thoughtfulness and enveloping warmth amidst the sophisticated, refined, aloof beauty of machinery. To all intents and purposes, by bringing together the solemnity and grandeur of religious paintings, the sensitivity and delicateness of lyric poems, and absolute precision in craftsmanship, Enrico Bach seems to take the stage to facilitate the theatre of minor objects defined by geometric patterns in a scrupulous yet unpretentious manner. Such an everyday theatre points to the constantly increasing abundance and insufficiency in our times simultaneously.

FANG Zhiling, Chinese, born in the 1970s, is an art critic, independent curator, director of the gallery of Hubei Provincial Academy of Fine Arts. He has constantly observed and studied the relationship between China and international contemporary art and their development and evolvement. 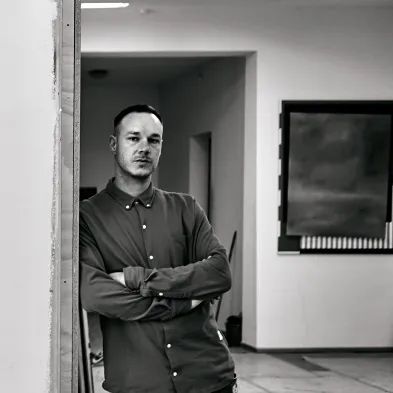 PIFO Gallery concentrates on the participation of the course of Chinese contemporary art and the exploration of post-war European master artists and seeking for all possibilities of art power in the dialogue and collision between the two aspects. As a major gallery in China specialized in the study and promotion of abstract art, and also the main institution to continuously explore the various possibilities of figurative art at present, PIFO is convinced that the experience of art emerges from the new world created by one revolution after another; The artist's work is the third eye to explore the world. For collectors, PIFO provides expertise and encourages them to explore their own unique perspective because only the combination of the two can make a great collection. We hope to see a growing number of collectors to take on the roles of a connoisseur, with a more in-depth understanding of Asian and Western contemporary art, and appreciate the artists discovered, reshaped and firmly believed in by the gallery. 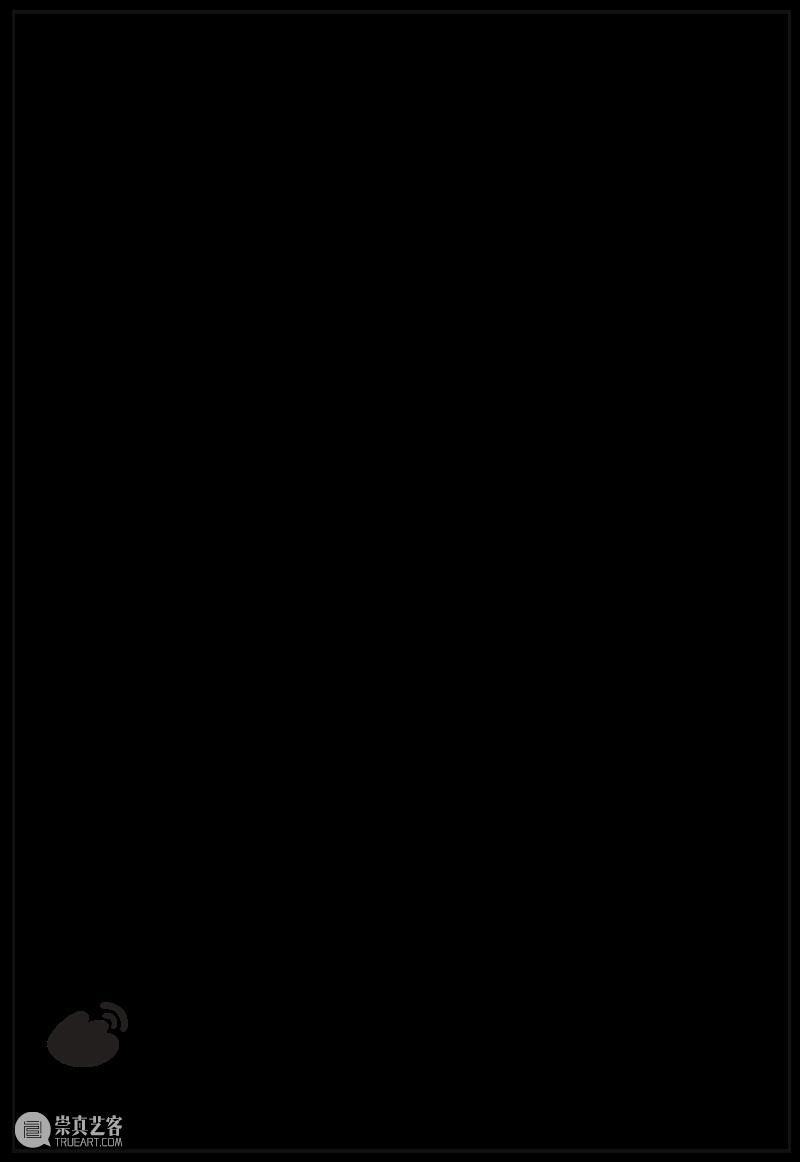